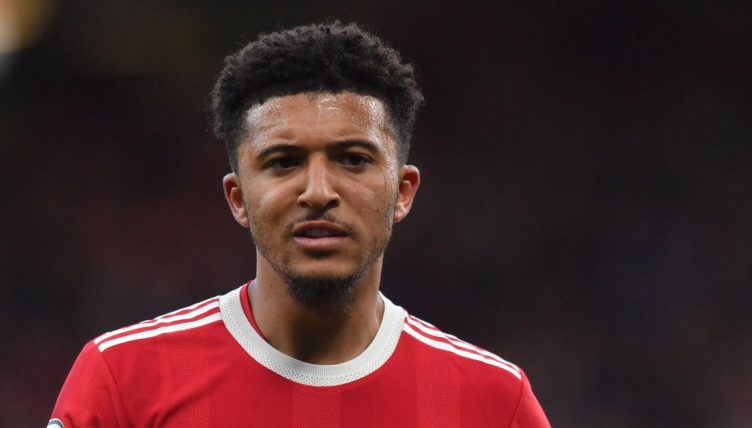 Premier League transfers are routinely some of the biggest news stories in the sporting world – but how has each club’s biggest 2021-22 signing fared?

As the richest football league around, it stands to reason that the transfer fees paid are normally the biggest as well.

Even the ‘smallest’ of clubs are able to splash out significant money on players. But, while some teams are smart with their money and make shrewd purchases, others pay big prices for players who, for one reason or another, fail to deliver.

Every year there are at least a handful of players who don’t live up to their price tag. So how did each Premier League team’s most expensive signing of the season fare in 2021-22?

We’re only considering summer signings, and using the fees from Transfermakt to decide on the players. Here they are, in club alphabetical order.

Eyebrows were raised when Arsenal spent over £50million on Ben White, but they’ve been vindicated in their decision.

When you take into account the much-talked-about ‘English tax’, it was probably a fair price for one of the league’s better centre-backs this season. At 24 years old, it’s likely we’ll see him at the Gunners for years to come.

It was a big thing when Buendia was signed by Villa as Grealish’s replacement, with many noting the fact he reportedly chose the Midlands club over Arsenal.

But things have been thoroughly mixed for the Argentine, as they have for Villa, over the course of 2021-22. He’s ending the season with a spell of good form and has four league goals and six assists, but he’s been thoroughly inconsistent.

There are even rumours Gerrard wants him gone, but there’s a quality player in there. Only time will tell if this was a disaster of a move.

Brentford got their Premier League windfall money and knew exactly what they wanted: another Scandinavian.

They picked a good one. Ajer had done well at Celtic and proved he was more than ready for the Prem.

He’s been a mainstay for Brentford all season in their maiden campaign and, at only 24 years old, there’s significant room for a profit to be made on him as well.

Good business all around.

The Zambian midfielder has had to contend with an injury-hit campaign after becoming Brighton’s record signing in the summer.

Another one out of the Red Bull system, he came from RB Salzburg and is a pressing, box-to-box midfielder (like almost all the ones they churn out). When fit, he’s been impressive and memorably dominated Arsenal at the Emirates in April.

“Graham Potter has been a good gaffer for me,” he told the BBC, talking about his debut campaign.

“He is like a father and a teacher for me. I have learnt so many things this season.

“I am trying to work on my physicality and speed as the tempo and quality of players is quite high in the Premier League.”

Burnley’s season hasn’t been great, but Cornet’s been a bright spark, always willing to run at defenders and battle for a goal.

Then you consider the fact he only cost £13million and you realise what a good deal this was. Even if Burnley are relegated and they have to sell him, they’ll surely recoup their money.

An absolute 🍑 of a free kick from Maxwell Cornet! 🔥

There's no saving those! 🚀

Yeah, the less said about this one the better.

There were poor performances as he struggled to adapt to the Chelsea system and then the interview in which he effectively said it was a mistake returning to Stamford Bridge.

It’s been a good campaign for Guehi, who’s a starter now at Palace and a full England international at just 21 years old.

“The decision to leave Chelsea and come to Palace was the right one, to get that game time and show what I can do,” Guehi said.

“For my development, it was important to go somewhere permanent, play regularly, and feel at home somewhere.”

Now, with at least two centre-backs leaving in the summer, Chelsea may wish they had kept him.

What a weird Everton season.

It’s been terrible, there’s no way around it, but ironically they’ve done their best business in years. Yes, it was mainly as a result of circumstance rather than desire but Gray for just shy of £2million is a steal.

He might have gone quiet at times, but so did almost all the Everton squad. Yet at the big moments, he produced.

The wonder strike against Arsenal, and the ball for Dominic Calvert-Lewin’s winner against Palace to keep them up stick in the memory… worth it and then some.

Leeds have had an awful season, riddled with injuries and gaps in the squad. As a result, James has at times had to lead the line virtually by himself, a task he has tried to do in vain.

Capped off with the silly red card against Chelsea, it’s not been a great debut campaign. But it hasn’t been a great season for any Leeds player.

Daka’s been hit and miss. Our second Zambian on this list, and the second from RB Salzburg as well where he had a ridiculous 2020-21, scoring 27 in 28 games.

That form hasn’t quite been replicated with Leicester, but he’s been sensational in blocks. He scored five in six in the Europa League, the same number of goals he’s scored in the entire league season.

But at 23 he’s shown promise. He’s Leicester’s first real attempt to replace Jamie Vardy, and there’s every chance he’ll do a good job.

Konate had a slow start but, like in one of his recovery runs, he sped up quickly.

He’s been a crucial part of Liverpool’s ridiculous season and played a number of key matches, his performances meaning that the Reds could battle on four fronts consecutively.

He’s going to be part of the furniture at Anfield for a long time to come.

Grealish has not been outstanding in any way, neither good nor bad. He’s slipped perfectly into the City rotation system, which has probably got three starting XIs that could win the league.

But for £100million wouldn’t you expect more than that? We certainly did.

It’s not been an easy first season for Sancho. He struggled to show the quality he demonstrated at Dortmund at first, with huge expectations thrust on him due to the price tag.

Add to that the fact United have had their worst season in modern history and things haven’t exactly been a walk in the park. He’s had brilliant moments, with the goal at the Etihad probably the pick of the bunch, but he’ll need to improve as the years go on.

At just 22 and with a new manager coming in, there’s every chance he will.

Despite being on the losing side, Jadon Sancho scored this beauty at The Etihad earlier! 🤩#MCFC | RIVALS | #MUFCpic.twitter.com/VZrlJ2SLOq

Willock was scoring basically every game at the end of last season, giving Newcastle no choice but to go and get him.

As basically their only signing of the summer, there was a lot of pressure for him to hit the ground running again, and in hindsight that was unreasonable.

But as the season progressed, and Newcastle spent more money, he’s shone as a solid squad player. He’ll have a future with the Magpies.

It’s difficult to tell what Norwich’s aims are. Rashica and Tzolis were two shrewd purchases, young talents both capable of developing and performing well.

But whilst there was a chance they’d perform so well that Norwich stayed up, you can’t help but feel like the club knew that if they did go down they’d be good for the following year. Then, in a couple of years time, the club would be able to sell them for a profit after they’ve hit their peak.

And that’s pretty much exactly what’s happened. Rashica in particular has shown glimpses of brilliance, but both will probably kill it in the Championship next season.

We look forward to welcoming them to the Premier League in 2023-24.

Armstrong was signed as a replacement for Danny Ings from Blackburn Rovers. Yet while in 2020-21 Ings hit 12 goals and got four assists, Armstrong’s only hit two and three in 2021-22.

He’s certainly capable of scoring, and at 25 years old he has the seasons ahead of him to become a double-digit Premier League goalscorer. But this season wasn’t it.

Both signings are weird, in part due to the two-sided nature of Spurs’ season.

Emerson has been inconsistent. Brilliant at times but often a vulnerability defensively.

Meanwhile, Gil was brought in as a prospect for the future but he struggled to avail of his limited first-team chances and went back on loan in January to Spain with Valencia where he’s been a regular in the Spanish top flight.

Time will tell whether he was a poor investment or not.

Louza is a similar purchase to the ones Norwich made, brought in by Watford both to be a first-team choice now to try and keep them in the league, but safe in the knowledge they could hopefully sell him for a profit later.

Well, while he was unable to keep Watford in the league he’s fulfilled his end of the bargain and performed well. If he decides to leave, the club should be able to make their money back.

If not they have a player who could fire them straight back up.

We’re not going to say anything really, and just leave the chants here.

Watford fans chant and boo at Kurt Zouma less than 24 hours after a shocking video surfaced of him attacking his pet cat. pic.twitter.com/1lEd6qQk5C

Ait-Nouri was signed permanently in the summer after spending 2020-21 at Molineux on loan. Purchased for an almost supermarket-style price of £9.99million, it’s a surprise he was Wolves’ top signing.

But he certainly wasn’t picked up from the reduced aisle. At just 20, he’s been a staple of Wolves’ side for two years and has had another solid campaign.

It seems inevitable that someone will pay £50million for him in a couple of seasons’ time. Probably Arsenal.