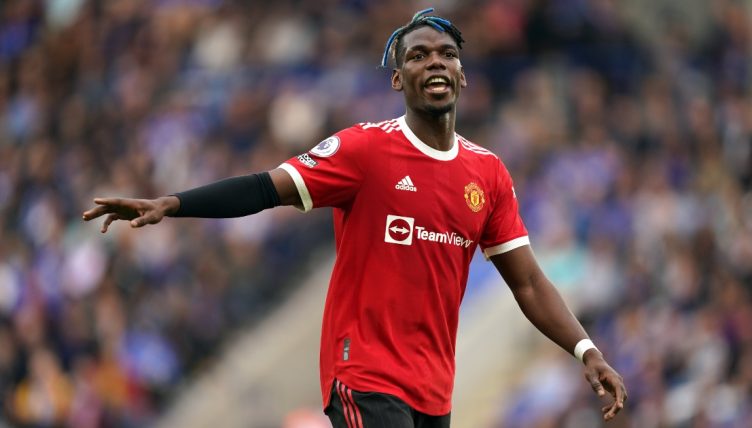 Never mind Christmas, the January transfer window is edging ever closer – and some big names in the Premier League have been linked with a New Year move.

January is a time where teams traditionally shuffle the pack rather than make wholesale changes but, with a newly-minted Newcastle United on the scene, this year’s edition might be different to others.

We’ve created a line-up of players that’d benefit from a January move, lining up in a 4-3-3 formation.

Henderson has endured a rough couple of months, suffering from COVID and falling behind David de Gea in the race to become United’s first-choice goalkeeper.

He made only his second start of the season in the 1-1 draw with Young Boys and Henderson has made no secret of his desire to be playing regular to enhance his prospects of playing in goal for England.

Ajax are rumoured to be interested in a short-term loan deal and Newcastle appear to be another interested suitor.

Very much a forgotten man at Arsenal, Chambers has made just four appearances this season and the chances of him breaking into the first team appear remote.

Arsenal are thought to want a £5million fee and, with Seamus Coleman firmly in the autumn of his career, Everton are rumoured to be interested in bringing Chambers to Goodison this January.

He’s not called the ‘Bolton Baresi’ for nothing, but Phillips could be on the move from Liverpool in January.

In a recent interview, Jurgen Klopp said:” I remember when I saw Nat Phillips first. I said to him, ‘You know you’re not easy on the eye, eh?’ He improved in pretty much everything and he’s not playing here.

“Life sometimes is not fair. But he’s here at the moment. We needed him to be safe for that half-year for sure. We will see what happens in the winter but we needed him here.”

He’d be a fine addition for a host of Premier League sides.

Absolutely sublime from Nat Phillips at the San Siro 😍 pic.twitter.com/v8zRApu58k

You’d be forgiven for thinking Ake has slipped off the face of the earth at Manchester City.

Signed from Bournemouth in the summer of 2020, the defender had a traumatic encounter with Jamie Vardy soon after arriving and hasn’t really regained his place in the starting XI since.

The Netherlands international has made just four Premier League starts this season and, with plenty of other quality centre-backs at the Etihad, may need to move elsewhere for more regular game-time.

With Champions League ambitions and a defensive injury crisis, West Ham would appear to be a good fit.

Despite playing a starring role in City’s title win last season, Zinchenko has found game-time harder to come by this year and has only started one Premier League game this season.

With clubs like Newcastle (shock) taking an interest in the defender, Zinchenko may wish to consider his options in January and find a side where his talents are fully appreciated.

Antonio Conte will be looking to the January window to make a number of changes to his Tottenham squad and one of those rumoured to be on their way is Winks.

It wasn’t too long ago that the midfielder was a regular starter for England but his form has tailed away dramatically and he’s admitted himself that he may need to go elsewhere in search of game time.

There’s shades of David Bentley about the career trajectory of Alli – a mercurial talent at an early age but somebody who doesn’t actually seem to enjoy playing football much.

It’s old news that Alli isn’t the same player that terrorised defences under Mauricio Pochettino and it seems inevitable that he’ll leave Tottenham at some point.

Plenty will hope that the midfielder can reignite his talent elsewhere, with the likes of Aston Villa and Wolves linked with the erstwhile England midfielder in recent weeks.

But there’s also reports that he’s determined to stay and fight for his place at Spurs rather than leave in January. We’ll just have to see.

Dele Alli putting in more work off the pitch than he is on it 🤣 pic.twitter.com/cfGgAtqphX

This one feels inevitable, either now or in the summer.

Despite those four assists against Leeds in the first game, Pogba’s form began to falter and a straight red card against Liverpool felt like a statement about his feelings towards Manchester United.

Pogba then suffered a hamstring injury and it’s perhaps best for all parties if he seeks employment elsewhere. His performances for France ensure there’ll be plenty willing to take the risk, while January represents United’s last opportunity to receive a transfer fee.

Pepe is reportedly weighing up his options after struggling for game time at Arsenal.

We can’t imagine too many of their supporters will be disapointed if the £72million signing leaves the Emirates in January.

With his contract due to expire over the summer, it’s been reported that Manchester United are ready to sell Lingard for just £10 million in January – despite asking £25 million for the midfielder from West Ham in the summer.

Lingard was a revelation during his loan spell with the Hammers last year but that hasn’t translated into regular game-time at United.

The England midfielder has made just two starts, neither in the Premier League, although he provided a reminder of his talents with his late winner against West Ham in September.

We’re sure David Moyes would love to see the 28-year-old return to east London and a few other Premier League clubs will be sniffing around too.

We fully expect Anthony Martial to slink out of Manchester United at some point but Lacazette’s plight feels that bit more pressing.

Having enjoyed a promising start to his Arsenal career, and carrying the side at times last season, the striker has suffered from a loss of confidence and has squandered a number of easy chances over recent matches.

And he barely starts for Mikel Arteta’s side anymore. Considering he’s now a 30-year-old and his contract expires in June, now would appear the perfect time for Lacazette to move on to pastures new.