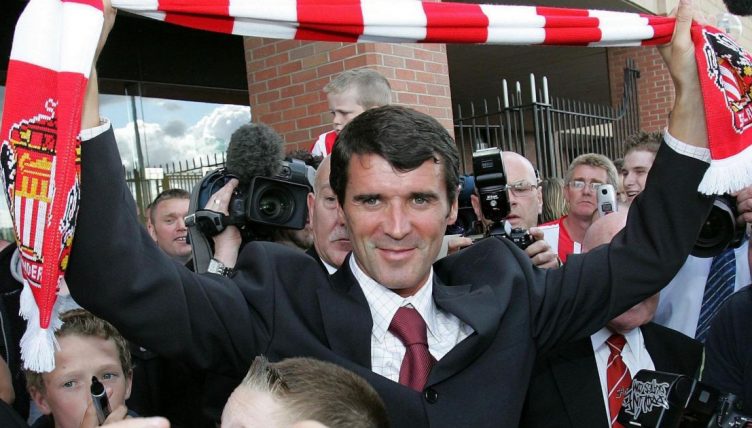 Roy Keane was a legend as a player at Manchester United and has become a hero as a Sky Sports pundit with his wry, withering attacks on the modern-day footballer. But what is he like as a manager?

Keane has reportedly been offered the Sunderland job after the Black Cats sacked Lee Johnson. It would be Keane’s second spell in charge of the club, where he sat in the dugout between 2006 and 2008, taking them from the foot of the Championship to the Premier League.

Keane has not managed any club side since he was dismissed by Ipswich Town in January 2011. He has filled assistant roles since then – with the Republic of Ireland, Aston Villa and Nottingham Forest – but that time out of the game means the move would come as something of a shock.

Quinn was Keane’s long-time team-mate for the Republic of Ireland and was the man who appointed Keane in 2006, after stepping aside from the coaching half of his weird dual chairman-manager role at Sunderland.

In 2019, Quinn told the Irish Times: “Roy came and everything was glorious.

“He took over the team and we went on this incredible run – he did something I didn’t know was possible, he didn’t just bring Man United into our dressing room he brought Man United and that winning mentality to Sunderland.

“He got the people to believe, he drove people from the point of view of the standards he was demanding. The frame of mind he was in was everybody has to come to this level and it started to happen.”

Whitehead was made Sunderland captain by Keane and was a key part of the side that won the Championship in 2007.

In 2018, he told Roker Report: “With Roy looking over us, everyone was just working to be on top of their game.

“His drive and his winning mentality got injected into the team and that mentality rubbed off on every single one of us and pushed us.

“With the ability Roy had to bring out the best in the lads, it made you feel almost unbeatable at times. We were going into games expecting to win.”

We live in an era of idealistic coaching philosophies, in-depth tactical analysis and complex models of play. Keane, it seems, is not all that interested in such superfluous nonsense.

In 2021, he told Gary Neville’s The Overlap: “I’ve had interviews, I had an interview recently. I spoke to a Championship club about three months ago. It was very casual, it was at my house, a chat with the chairman.

“And to be fair, he was straight up, he went, ‘Listen, we just want somebody who can come in and win football matches.’

“That was fine with me, I didn’t have to break down styles of play.

“And I think if you’re winning matches, people don’t then question, ‘What’s your style of play?’ You just bounce into the next match, don’t you? And we did it as players.”

Caldwell was at Sunderland when Keane arrived as boss and in 2021 he told us: “He was a difficult man. It was his first job and I think he still had a player’s mentality. He could either be really good or nonsensical…

“Roy isn’t a warm person; I knew him for a few months so maybe I’m not the person to say, but sometimes he would walk straight past you in the corridor, other times he would have a chat with you.

“It was so up and down with him. I think he revels in the character he’s created. He’s also got a brilliant football mind, but it was a tough time in my career.

“We had quite a messy end, and I was saddened by that, but that’s football. I don’t think he handled many relationships well. He was very combustible. Maybe he’s mellowed out now, but as a coach, you have to get to know people and he never took the time to do that. 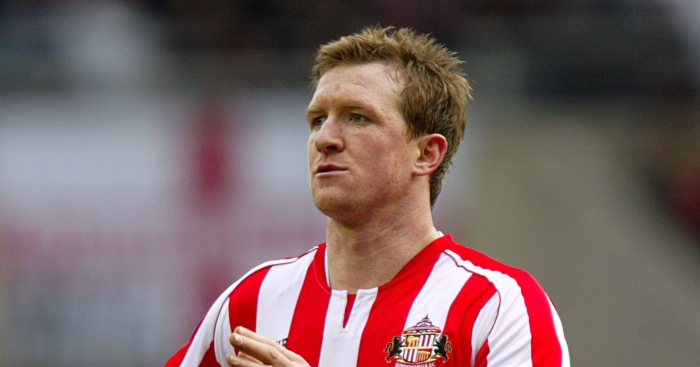 READ: Steven Caldwell: Roy Keane was either really good or nonsensical as manager

Agbonlahor played for Villa during Keane’s time as assistant to Paul Lambert and told talkSPORT: “The problem with Roy Keane was that when he came to Aston Villa, he couldn’t understand that we weren’t as good as the players he played with.

“He couldn’t accept that we weren’t going to be as good as Ryan Giggs, Paul Scholes, David Beckham and those players.

“Just his way of coaching, it wasn’t the right method for players nowadays, for players when he was at Aston Villa.

“Just the way he spoke to players. There were times when there were quite experienced players, people like Joe Cole, and he didn’t speak to them right.

“He spoke to them in a way that was disrespectful. His man-management would be zero out of 100. It was that bad.”

Keane’s former Manchester United team-mate Yorke was one of Keane’s first signings at Sunderland and in 2020, he told the United official website: “From a manager’s point of view, I have to say about Keano, I think he has all the ingredients.

“When he took the job he had the respect of all the players. He had the character to be a manager, and the respect. He has everything you want in a manager. Then in his first year, he was very successful and got us promoted.

“For me, when I look back, I think that Keano should be in a big managerial position today, i.e. someone like Manchester United.”

But, Yorke continued: “I think Keano is his own worst enemy. After the years I’ve spent with him, some of the things he has done, I’m sure he will regret. Keano will live by the sword and die by the sword, but I’m sure there are things that he reflects he could have done better as manager.

“I think when you’re a manager you have to get people on your side and on the same page, even if they’re not on the same level that you thought, because you have to manage those people. I think that’s where Keano has kind of let himself down.”

Explaining his departure from Sunderland in the Irish Times in 2009, Keane said: “[Niall Quinn] was talking to me about the players needing to come into work with a smile on their face. That really concerned me.

“The day I walked into Sunderland, putting a smile on the faces of well-paid players was the last thing anybody wanted me to do. Players had been taking the piss out of the club for years.

“If they wanted them smiling all the time they should have employed Roy Chubby Brown.”

The former Sunderland winger Edwards, speaking to The Athletic, recalled his former boss’s fondness for team-bonding exercises: “Roy loved all that; obstacles courses through the mud and go-karting.

“Guys used to run him off the track and he was effing and blinding. He would get the hump very quickly. He’s got this winning mentality. Anything he does he has to win, which is why he was so successful as a player.”

Keane gave Henderson his Sunderland debut, but their first encounter was somewhat tense. On Jamie Carragher’s Greatest Game podcast, Henderson recalled the Irishman ripping into the Black Cats’ reserves after a defeat.

Henderson said Keane pointed at him and asked: “Do you think you are good enough to play for the first team?”

Henderson continued: “Well after this rant I am thinking ‘f*cking hell.’ There is buckets I am sweating, all sorts coming off me. I was a young lad and I looked up to Roy a lot as a player and as a manager and to be fair I went, ‘Yeah, I do’.

“And I think he was bit like, ‘Oh right, OK.’ He was having that because he had heard that in the game I had still worked hard, I had still wanted it and he said ‘Good answer’ and moved on.”

Writing in his autobiography, Keane recalled his time at Ipswich, saying: “I don’t think I’m a bad manager, but at Ipswich I managed badly. I spoke to some people like something on the bottom of my shoe.

“I don’t f*cking like blue. City were blue, Rangers were blue. My biggest rivals were blue. Is that childish? I couldn’t feel it.”

Sunderland might want to change their away shorts quickly before appointing him.

Former Ipswich captain Norris told The Athletic: “It felt like half the dressing room didn’t want to play for him and the other half were too scared to play for him.

“He could be very cutting and it was a bit too much for some people… When it came to tearing people apart, he would not hold back. It could get quite personal at times.

“He could be in your face shouting and screaming at half-time or after the game. I answered him back after a game and he came flying in my face. ‘Who the fuck do you think you are? When you have done this, you can speak to me…’

“He just absolutely shredded me. We won the game, too. The next day, we were preparing for the Tuesday game and I was on the bench. The message was clearly not to answer him back again.”

But, Norris continued, there was a more positive side to Keane’s demeanour: “Honestly, I loved him. He made me his captain. He had this aura. It is still an amazing feeling inside to know Roy Keane chose me as his captain.

“In one of my first games, I scored the winner for us. As I came in the door and went to my place in the dressing room, he shouted across ‘And there’s my captain! That’s what it is all about’.

“Can you imagine how it feels to hear that from him? That made me feel a thousand feet tall. Roy Keane saying it! He was very good to me.”

And if any of his players are not quite there on the basics, Keane can get them up to speed, as he proved when teaching a 12-year-old Danny Welbeck how to shield the ball during a Manchester United youth team training session back in the day.