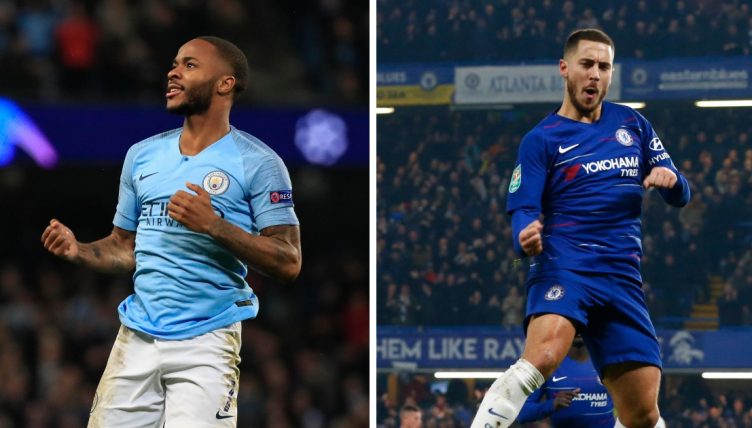 Chelsea have signed Raheem Sterling from Manchester City – but will the England international be able to follow in the footsteps of Blues hero Eden Hazard?

Thomas Tuchel has led Chelsea to the Champions League since Hazard departed the club three years ago, yet there remains an argument that they still haven’t adequately replaced the Belgian.

They probably chose the right time to cash in, given Hazard’s issues with injuries and form at Real Madrid, but the club have failed to reinvest the £103million received into an attacker that provides the same threat.

Midfield man Mason Mount was their top scorer in the Premier League last term with 11 goals, while the year before that it was Jorginho with just seven.

Recruits like Christian Pulisic, Kai Havertz, Hakim Ziyech and Timo Werner have all had their moments, but none have been able to provide the same consistent attacking threat that Hazard used to.

Hazard scored over 100 goals for Chelsea during his seven-year stint at Stamford Bridge. He played a vital role in two Premier League title wins, earning the FWA Footballer of the Year and the PFA Players’ Player of the Year in the process in 2014-15 before producing arguably the best football of his career under Antonio Conte in 2016-17.

A player like that was always going to be difficult to replace, but three years later have they found the perfect fit in Raheem Sterling?

He made fewer appearances for the club than Hazard did at Chelsea, but registered more goals and more assists, all while taking fewer penalties.

Having said that, Sterling was just one of a number of talented attacking superstars in Pep Guardiola’s all-conquering side, while Hazard at Chelsea was more of a standout player in a side that didn’t quite dominate the English football landscape to the same extent.

“For me, he is a huge player, with a huge influence in the last years in English football and he’s in a perfect age to now take responsibility around young players that we have and be an example,” Tuchel told the BBC.

“Getting what he delivered for years given his age, his hunger for responsibility, and his style of play and his amount of intensity is outstanding. It is the benchmark in the Premier League and is exactly what we need.”

But will Sterling be able to eclipse Hazard’s achievements and impact at Chelsea? We’ve taken a look at their records.

🗣 “It’s nice to try to be that person who when the team’s stuck you can come up with a goal to win the game.”

After joining the Premier League’s 100 club, Raheem Sterling talks through some of his goals 💯 pic.twitter.com/a3uL6fHV4u