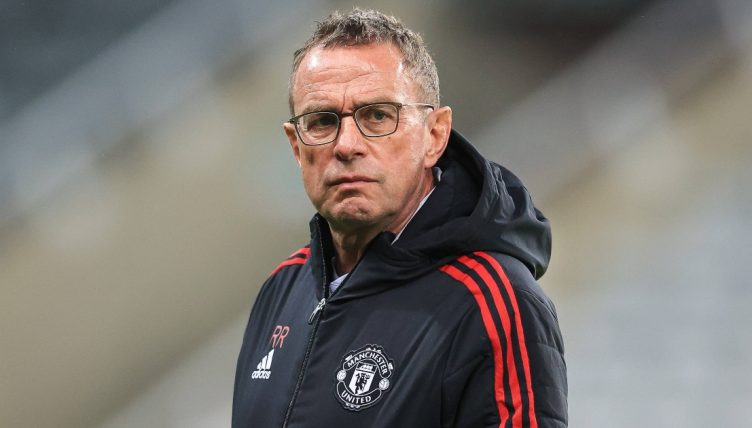 Ralf Rangnick has now been in charge of Manchester United for four months – so how well has the manager done since replacing Ole Gunnar Solskjaer?

United finished third and second in the Premier League during Solskjaer’s two full seasons in charge but things started to unravel at the start of the current campaign.

After a 4-1 defeat to Watford left United seventh in the table after 12 league games, the Norwegian was sacked in November 2021.

Michael Carrick had three games in charge before the Red Devils hired Rangnick on an interim basis in a bid to save their season.

While United have shown some signs of progress under Rangnick, they are still seventh in the league and look set to miss out on Champions League qualification.

Rangnick’s side were also knocked out of the FA Cup by Middlesbrough before losing 2-1 on aggregate to Atletico Madrid in the Champions League last-16.

“They just need to get to a point whereby football basically stops and then they can reset and they can get a new manager into the club,” former United captain Gary Neville said on his podcast after their 1-1 draw with Leicester.

“But that isn’t just going to be the answer. This has been going on for a long time now, this type of feeling.

“I feel quite low today, not in an angry way, there’s times in the past where I’ve felt angry. I feel quite low tonight having watched that performance because I feel as though another season has drifted away.

“It has been poor all season, before Ralf Rangnick it was terrible, Ole Gunnar Solskjaer couldn’t get anything out of these players. Ralf Rangnick’s struggling to get performances out of them now.”

We’ve compared Solskjaer’s record at United this season with Rangnick’s to see who comes out on top.

As the stats show, the two managers have a very similar win rate but Rangnick has a better points-per-game ratio due to his high number of draws.

United did average more goals per game under Solskjaer but Rangnick has tightened up their defence during his first few months in charge.