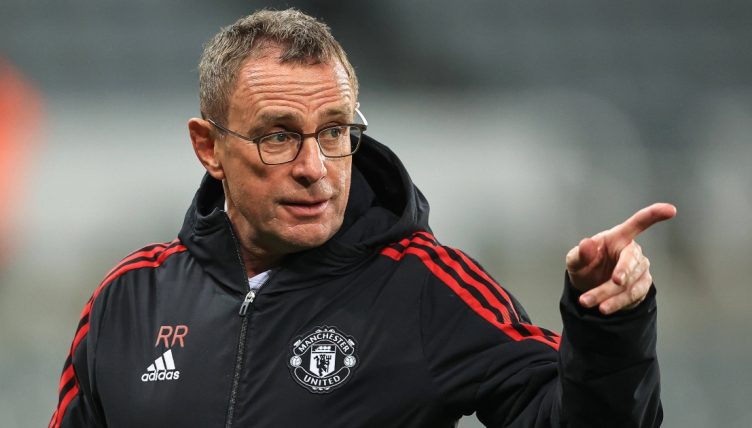 After taking over from Ole Gunnar Solskjaer at Manchester United, Ralf Rangnick failed to steady the ship at Old Trafford.

United finished third and second in Solskjaer’s two full seasons in charge but they endured a disastrous start to the 2021-22 campaign.

After a 4-2 defeat to Watford in November 2021, United found themselves seventh in the Premier League table and the Norwegian was sacked.

The Red Devils were initially linked with Mauricio Pochettino and Erik Ten Hag but couldn’t bring them to Old Trafford mid-season.

United then decided to choose an interim manager and picked Rangnick, who has previously managed Schalke and RB Leipzig and was most recently the Head of Sports and Development at Lokomotiv Moscow.

The 63-year-old arrived at United with a glowing reputation as a tactical revolutionary and scouting innovator in his native Germany.

His first game in charge was a 1-0 win over Crystal Palace at the start of December, but players reportedly became unhappy with his tactics in the following weeks.

United never managed to get back into the top four and ultimately finished sixth, 35 points behind league winners Manchester City.

They were also knocked out of the FA Cup by Middlesbrough and lost 2-1 on aggregate to Atletico Madrid in the Champions League last-16.

“Sustainably I agree we never came near to that aggressive, pro-active football,” Rangnick said in May 2022. “To attack them in their half, to keep them under pressure than I’d normally want to do.

“I’m more than self-critical. I should have done better. I expected that me and my coaching staff could have developed this team in a more sustainable kind of way.

“We couldn’t and it’s not only the players who should be blamed, it should be ourselves. We all could and should’ve done better. But in order to play that kind of football, you need all the players in their best possible positions who can play like that.”

We’ve taken a look at how the Premier League table would look if it began when Rangnick took charge of his first United game. Note: all teams have played 24 league games unless it’s stated otherwise.