Ramsdale next: Every player Arsenal have signed from the EFL since 2010 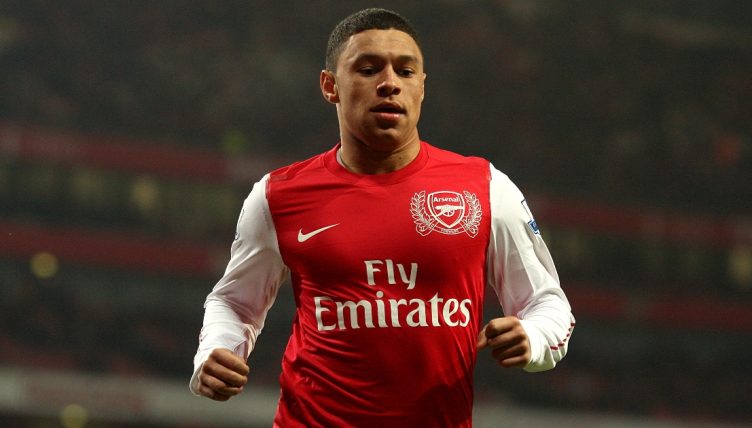 Premier League clubs are becoming increasingly aware of the huge wealth of talent being forged in the fires of England’s Football League, and Arsenal have never been shy to dip their toes in the pool.

Many of the Three Lions’ Euro 2020 squad made their names in the EFL, be that Harry Maguire with Sheffield United, John Stones with Barnsley, Mason Mount with Derby, Reece James with Wigan or Jack Grealish with Aston Villa.

Sheffield United goalkeeper Aaron Ramsdale is looking increasingly likely to be the north Londoners’ latest lower-league acquisition. We have taken a look at all 10 of the players signed by the club from the Championship, League One or League Two since 2010.

Akinola signed for the Gunners aged 19 after leaving Championship Huddersfield Town, and joined the under-23 set up at Colney.

Predominantly a central midfielder, Akinola is yet to be given a shot in Mikel Arteta’s first-team and has not been granted a loan away either. Instead, he has been confined to the reserves, making 22 appearances in Premier League 2 last term.

The summer of 2019 saw Reading goalkeeper James Hillson brought into the youth set-up in north London but like Akinola he is yet to earn any first-team minutes.

However, the 20-year-old did find himself on the bench for the second leg of Arsenal’s Europa League quarter-final with Slavia Prague last season. So Hillson is clearly someone admired within the club, a fact emphasised by a new deal signed in January.

Arsenal splashed £500,000 on Greenwood to bring the then 16-year-old into the academy set-up from Sunderland in 2018.

But just two years later, the striker was moved on when Leeds United offered the Gunners £1.5million for him.

His debut, and so far only appearance for Marcelo Bielsa’s side, came in a 3-0 defeat to Crawley Town in the FA Cup. Still, it is probably a bit much to call Greenwood a jinx just yet.

The 2015-16 season was a strange one for Holding. On the one hand, he won Bolton Wanderers’ player of the season award; on the other, the Trotters were relegated.

But, for Holding at least, he was offered a silver-lining when Arsene Wenger brought him to the Emirates for £2million in the summer of 2016.

A player who has struggled to nail down a spot in the starting line-up, but one the Frenchman always admired, never more so than after a clash with Leicester: “Unfortunately no one speaks about the performance of Rob Holding. You should be happy, he is English and 20 years old. I am sorry he didn’t cost £55million, so he can’t be good.”

The full-back moved from the Madjeski to north London four years before Hillson but is also yet to get his big break in the first team.

Now 22, he is in the early stages of his third loan away, this time with Nottingham Forest after spells with VfL Bochum and Cardiff City and is surely approaching a make or break stage of his career. But he has shown just how good he can be before.

One of a raft of talented players to emerge from Charlton Athletic’s esteemed academy, Arsenal snapped up Ajayi in the summer of 2013 on a free transfer.

The centre-back made the Gunners bench for a handful of Premier League and cup games, but the first-team always seemed slightly out of reach. Cardiff brought him in permanently after a loan spell in 2015 and for the past two years has turned out for West Brom, scoring twice during their brief top-flight return.

While impressing among the Bristol Rovers reserves, Macey was offered a trial with Arsenal in October 2013, and in total went on to make three first-team appearances for the Gunners after the club paid compensation.

Following a number of loan spells away from north London, including with Luton, Accrington Stanley and Plymouth, the shot-stopper now resides north of the border with Hibernian.

Like Ajayi, Jenkinson also benefitted by the wisdom of the Addicks youth set-up and earned the south London club £1million when he moved to Arsenal in 2011.

The right-back was battered by injury during his time at the Emirates, however, with his best Premier League season arguably coming during a loan spell with West Ham in 2014-15.

He finally left the Gunners in 2019, dropping down to the Championship to play for Nottingham Forest. However, his future looks uncertain once again after Chris Hughton told him he was free to leave at the end of 2020-21.

The Ox is undoubtedly the pick of Arsenal’s EFL litter. The nugget of gold that was uncovered amid the other minerals.

He was arguably the biggest risk from any of the other players mentioned in this list as well. They dropped £12million on what was then a League One player, the 17-year-old helping the Saints back into the Championship before fleeing the nest.

A crucial part of the Arsenal side that rediscovered their trophy touch, he is someone who should be fondly remembered at the Emirates, even if it is just for this outstanding FA Cup semi-final display.

The Irish striker was poached by the Gunners from Norwich City 11 years ago, but never made an appearance under Wenger in those three years.

Since his departure, Roberts has played for 13 different clubs, including three separate spells with Chelmsford City, who he left in February.