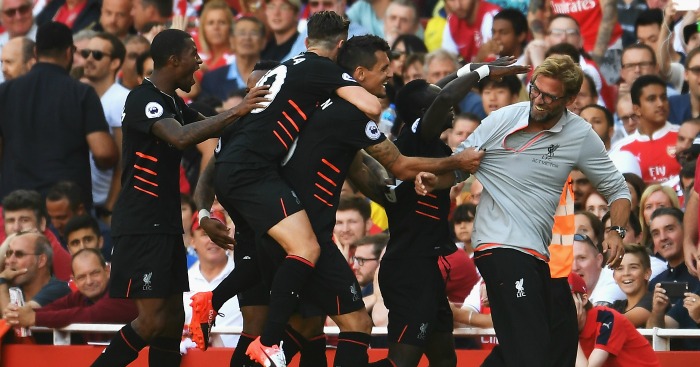 Chelsea and Manchester City fans should look forward to the opening weekend of the 2017-18 Premier League season if recent history is anything to go by, but Tottenham supporters may be a little less confident.

Chelsea and City have the two best opening day records since 2007-08 not only in the top flight but of all 92 Premier League and Football League clubs, with Watford a surprise name in the top five.

Chelsea have the best recent record in round one fixtures, having picked up 26 of a possible 30 points on offer. They have not lost a single game on the opening day in the last 10 seasons – a record Watford can also lay claim to.

If fans are looking for an exciting start, it’s best to avoid matches involving Tottenham and Southampton, with both clubs scoring just seven goals across opening fixtures since the start of the 2007-08 season.

West Brom, meanwhile, will be among the clubs looking forward to getting the first fixture out of the way, with the 88th worst opening day record in the whole country, winning only twice and scoring only nine times.

Southampton and Stoke City have also claimed less than a point per game on average across their last 10 opening-day fixtures, with Swansea City, Newcastle United and Everton all only just breaking even.

Surprisingly, Tottenham have also been among the worst performers on the opening day, though nine out of their last 10 first fixtures have been away from home.