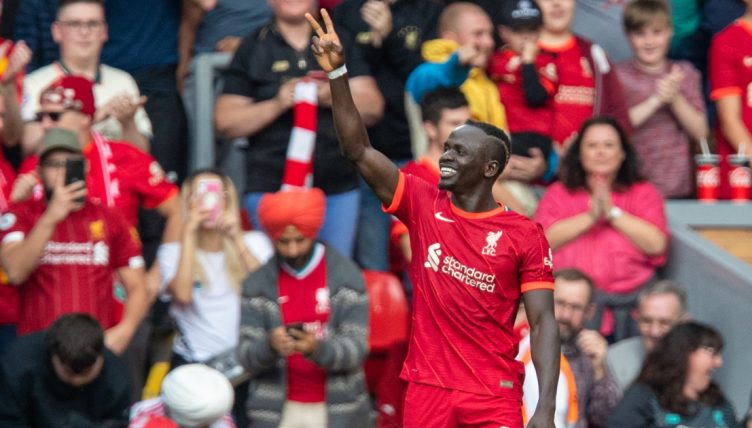 “I would love to play against Crystal Palace… it would be great to play them every single weekend.”

Who could blame Sadio Mane for wanting to face the Eagles every week? After scoring the opener during Liverpool‘s 3-0 victory in September 2021, Mane has now scored in nine consecutive Premier League games against Palace, dating back to August 2017, in what is now a record.

We’ve ranked every goal Mane has scored against Crystal Palace while wearing a Liverpool shirt.

Right place, right time – Mane was hand to bundle home a corner and send Liverpool on their way to Champions League qualification.

The Senegal international took advantage of some unselfish play from Mo Salah to score his second of the game in May 2021.

We like the finish but the deflection means we can’t place it any higher.

Yeah, we know this isn’t the cleanest of finishes.

But, come on. The slapstick nature of the finish – hitting both posts and just evading Patrick van Aanholt despairing lunge – should have been soundtracked by the Benny Hill theme tune.

Plus, the build-up by Roberto Firmino and Andy Robertson was pretty slick too.

Robertson does well to keep the ball in play and feed Mane, who cut inside and curled an unstoppable finish past Julian Speroni.

Another finish where Mane cut inside and bent a finish into the far corner, but we’re ranking this one higher because of Salah’s majestic one-touch assist.

The goal that started the record-breaking run.

Mane took advantage of some untidy build-up play, initiated by Dominic Solanke, to clinically score the only goal of the game back in August 2017.

Props to James Milner here, who delivers an undefendable cross that begs Mane to score.

Which he does, of course.

He was playing Crystal Palace after all.

With Liverpool facing late pressure from a Palace team desperately trying to force an equaliser, a second goal appeared unlikely.

Not when Salah and Mane are about. The Egypt forward releases his team-mate (again) with an impeccably judged through-ball before Mane does the rest.

Shaking off the attentions of Van Aanholt, Liverpool’s number 10 rounds the goalkeeper and seals the victory with a tidy finish.

The control. The turn. The snap-shot that kickstarted a rout.

Yeah, this was always destined to be our number one.

He bags his customary goal against them… pic.twitter.com/diznseiNtV