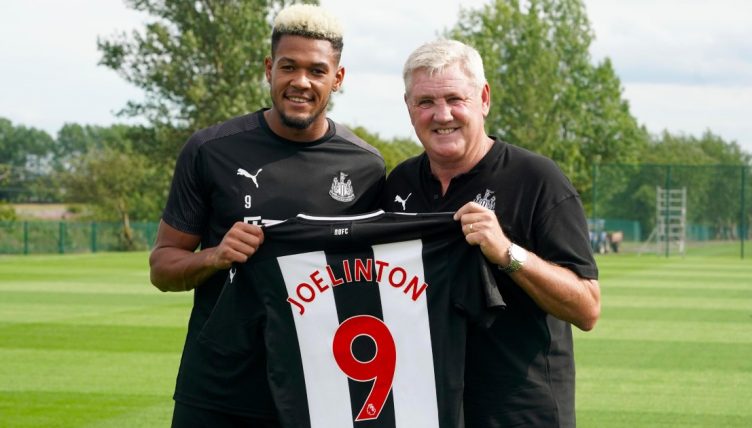 Rafa Benitez left Newcastle in 2019 and he was always going to be a hard act to follow. When Mike Ashley picked an ex-Sunderland manager to do so, the reaction was predictably fraught.

Steve Bruce, though he is a boyhood Newcastle fan, got off on the wrong foot with his hometown club and he hasn’t got much more popular since.

The team have played some desperately dull football and Bruce has secured the Magpies one 13th and one 12th place finish in his two seasons at St. James’, despite more cash being splashed during his reign than his predecessor’s.

But how well has that money been spent? Here, we’ve assessed the 14 first-team signings, both loan players and permanent additions, of the Steve Bruce era on Tyneside and ranked them from worst to best.

Separating some of the… erm, less effective, of this lot from one another was a thankless task…

Newcastle’s record signing, Joelinton’s arrival was part of the reason Benitez left. It wasn’t, according to the Chronicle’s Lee Ryder, because Benitez didn’t rate the former Hoffenheim man, but because he felt the money would be better spent elsewhere, on signings he specified.

Over the past two seasons, it’s been pretty easy to see why Benitez felt that way. The Brazilian forward, who Bruce refers to as ‘Big Jow’, has looked completely out of his depth in the Premier League.

To be fair, he was thrown into a poor team in a role that didn’t suit him and expected to adapt immediately. But still, a return of 10 goals in 86 games is not really what you’d expect of a man who cost so much.

“His touch is really poor and he hasn’t posed a threat,” Alan Shearer said on the BBC in January 2021. “It’s been really frustrating watching him. I actually feel sorry for him because when the ball goes to him, it’s bouncing off him and he’s offering nothing going the other way, also.”

That pretty much sums it up. 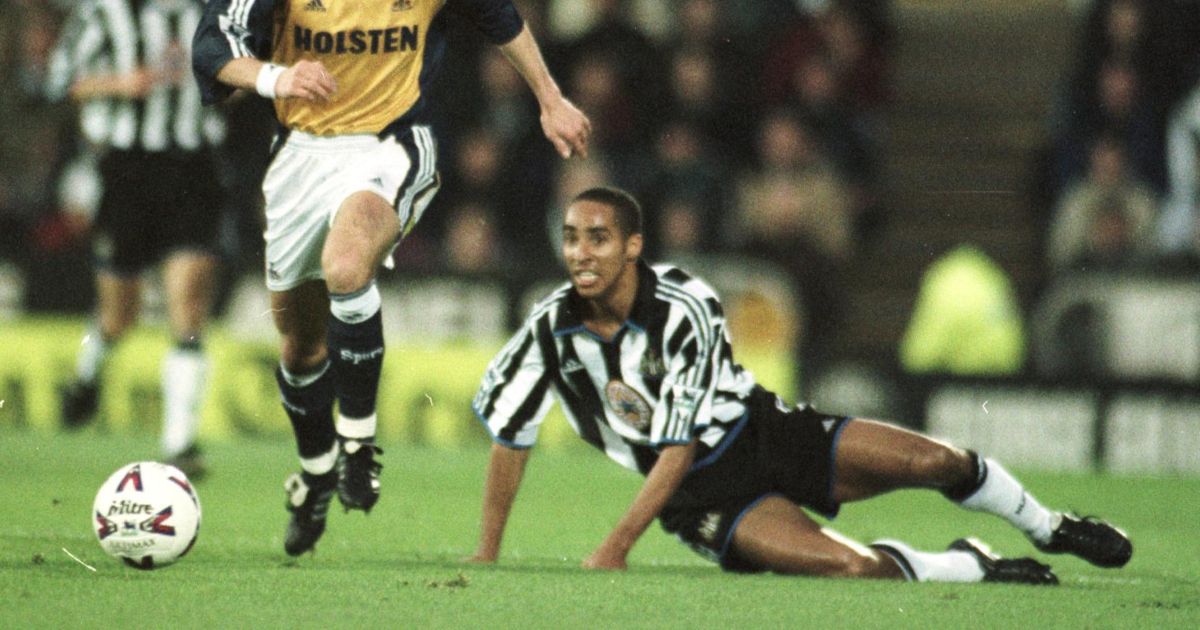 Bentaleb came in on loan in January of 2020 with Newcastle looking for a bit of creative spark from midfield. The former Spurs man failed to provide it.

After 15 inert appearances, he was sent back to Schalke, where he played nine times as his team were relegated with an astonishingly bad 16 points from 34 games.

He came on a free from Motherwell and played a grand total of three games in the season, all in the League Cup, including a heroic penalty shootout win over the mighty Newport in which he made a right ricket during normal time but made up for it with a save from the spot.

Not a bad signing exactly, but a very limited role.

Newcastle wheeled their medieval siege tower of a centre-forward home in summer 2019, repatriating a man who’d left for a whopping £35million back in 2011 only to have the best part of his career blighted by injury.

Despite that very meagre return, Newcastle are pondering an extension to the current arrangement. “His huge contribution for me has been in and around the dressing room,” Bruce said in May 2021, to which one might reply that it certainly hasn’t been on the pitch.

Rose started a Champions League final for Spurs as recently as May 2019. But by the time he arrived at Newcastle in January 2020, his career had taken a turn for the worse. Frozen out by Jose Mourinho, he decided to move temporarily to regain fitness and form.

He clearly was not up to speed when he got to Tyneside, but he did put in some solid displays and Newcaslte considered signing him permanently before they opted for the younger Jamal Lewis.

A January 2020 loan like Bentaleb and Rose, Austrian wide man Lazaro was lively and committed if technically limited. His highlight was a goal that helped Newcastle into the FA Cup quarter-finals.

He played in a few different positions and generally did OK but after the pandemic-enforced hiatus he was dropped from Bruce’s team and moved to Borussia Monchengladbach come the end of the season.

The 27-year-old Scotland winger Fraser was restricted to just 12 starts in all competitions by a few different injuries in his first season at St. James’.

He was brought in on a free though, so he does have that going for him. And, to be fair, he’s looked dangerous in patches when he has got on the pitch, getting a goal and two assists.

If he can stay fit next season – which is a big if – he might be able to rekindle his assist-goal love affair with Callum Wilson. Hope lingers.

Bought for £5million from Amiens in 2019, Krafth had a tough first season on Tyneside.

In 2020-21, however, there was an improvement. He’s become a decent option at right-back – thoroughly unspectacular but fairly reliable.

He came on as a sub in all three of Sweden’s group games at Euro 2020, as the Swedes  plodded their way to seven point and first place in Group E. He must be doing something right, mustn’t he?

A big transfer fee was paid for Lewis – £15million, reportedly, to relegated Norwich in 2020 – and Lewis has not justified it yet, looking a bit lost at times, especially going backwards.

But there is still potential. Some bright flashes have suggested that the 23-year-old could kick on. He’s sixth here more because of that than what he’s produced so far, if we’re honest.

Lewis’ best game for the Magpies came against Everton in late January, when he provided an assist for Callum Wilson. After that one, he made Alan Shearer’s team of the week on the official Premier League site.

Matt Ritchie kept Lewis out of the team towards the end of the season, but Steve Bruce said: “He’s done nothing wrong. I think he’s got a huge future for us.

“Like a lot of players coming to Newcastle, Jamal is straight under the spotlight but he’ll be fine and he’s going to be a really, really good player.”

💯career goals up for Callum Wilson

Another player signed on a free, Hendrick came in from Burnley to bolster Steve Bruce’s midfield options in August 2020.

A fine display and a goal against West Ham on the opening day gave the Geordies hope they might have secured a bargain, and Hendrick has proved to be a useful squad player. He’s neat and tidy and gives little away.

Sixteen more league starts have seen him add one goal and get a solitary assist.

Willems was the surprise package at the start of the 2019-20 season. After coming in on loan from Eintracht Frankfurt, he immediately made the left-back position his own, bombing up and down the flank, striking up a fine partnership with Allan Saint-Maximin and grabbing two goals and two assists in 18 games.

Unfortunately, he suffered a season-ending knee injury in January 2020 and hasn’t played since, cast out in Frankfurt even after completing his 15-month recovery.

He’s currently a free agent and has got himself back fit. In June 2021, he told the Chronicle he’d consider linking back up with the Geordie boot boys: “I was enjoying the moment there. It’s a great option and it’s a club which knows me, I know them. It would be great to join them.”

What more can be said about this man? In just five months on Tyneside he made himself into a hero, equalling Alan Shearer’s record of scoring in seven consecutive games for the club and getting eight in all.

He was so good, they even forgave him for dubbing them the ‘Maggies’…

“Come on you Maggies!” 🙌🥰 pic.twitter.com/zYuMV2HNyS

After Joelinton’s poor first season, Newcaslte were in desperate need of a centre-forward who had a vague idea of where the onion bag is located in summer 2020. In £20million man Wilson, they definitely found one.

He might not always be fit, but when he is, he led the line admirably on target. Without his 12 goals in 23 league starts, Newcaslte’s season could have looked very different indeed.

He’s a football wizard and when they can finally have a full house at St. James’ again, he’s the man whose name will ring out from the terraces more than any other.

ASM is not the most prolific, but his work in getting the ball up the pitch and creating chances for his team-mates is invaluable. The way he does it, full of skill, flair and ambition, only makes it more of a joy to behold.

Saint-Maximin has added to his reputation by being an all-round good egg as well as a fine footballer, as demonstrated by his donations of care packages to NHS workers and his desire to help out a local foodbank.

Can you name the last four players to wear the numbers 1-11 at Newcastle?