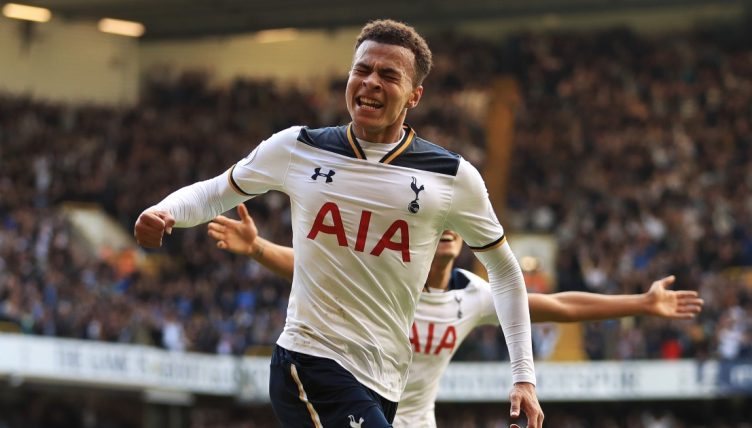 Mauricio Pochettino may have operated with one hand tied behind his back at times when it comes to signing players for Tottenham – but how did the transfers he was able to complete fare?

Spurs famously failed to sign a single player in the summer of 2018 and followed that with a similarly fruitless January, but ironically it’s when Pochettino did get money to spend in 2019 when things started to go wrong.

Pochettino signed 27 players in his five years in charge, and we’ve ranked each of those signings, starting off with the stinkers.

Tottenham actually beat Arsenal to the €12million signing of N’Jie from Lyon, all for the sake of eight substitute appearances in the Premier League before he was sent back to Ligue 1.

Cameroon boss Hugo Broos offered an insight into why the winger’s move to north London possibly didn’t work out when accusing him of not working hard enough.

“He must change his attitude and put in the work required if he is to turn the qualities he possesses into success at the top level,” Broos said.

“Even Ronaldo or Messi are always working hard; him thinking that he’s the best doesn’t work, it doesn’t work in Marseille either.”

“I have not wasted my time in England.” As far as an evaluation of your time at a club goes, Stambouli’s doesn’t sound too promising.

Stambouli arrived at White Hart Lane with a burgeoning reputation after helping Montpellier win Ligue 1 and often captaining the side at the age of 23.

But the midfielder failed to make an impression at Spurs and was sold after just one season, somehow at a profit, to PSG, where he also lasted a solitary campaign.

We have an element of sympathy for Janssen. Being a backup striker for a team who don’t really play to your strengths seems like a hard gig. But it was made even harder in this instance by the fact Janssen was just a bit… erm… crap.

To be fair to him, he deserved plenty of credit for somehow wrangling the No.9 shirt for the second half of the 2018-19 season despite not appearing for the side since August 2017.

In 2019 he was sold to Monterrey in Mexico for a reported £6.3million, £10.7million less than Spurs had paid for him three years earlier.

This is a bit awkward because Fazio has generally been quite good since leaving Tottenham – Gabriel Batistuta even named his fellow Argentine among some of the best defenders in the world in 2017.

But getting sent off twice within the first four months of his Spurs career set a tone which never really changed.

He cost them £11million and was sold three years later for £4.6million after a grand total of 10 Premier League appearances.

But we did like his self-effacing follow-up to assisting Harry Winks’ late winner against Fulham in a rare Premier League appearance.

Given it was Daniel Levy who decided Spurs should sign Clarke from Leeds, there’s an argument to say he shouldn’t even be on this list.

Either way, he cost £10million, was not wanted by Pochettino – at least initially – and is yet to play a single minute of league football for Spurs.

Loans at Leeds, QPR and Stoke did not work out, but he showed signs of improvement while out at Sunderland in 2021-22 and helped them back into the second tier. Still, £10million. 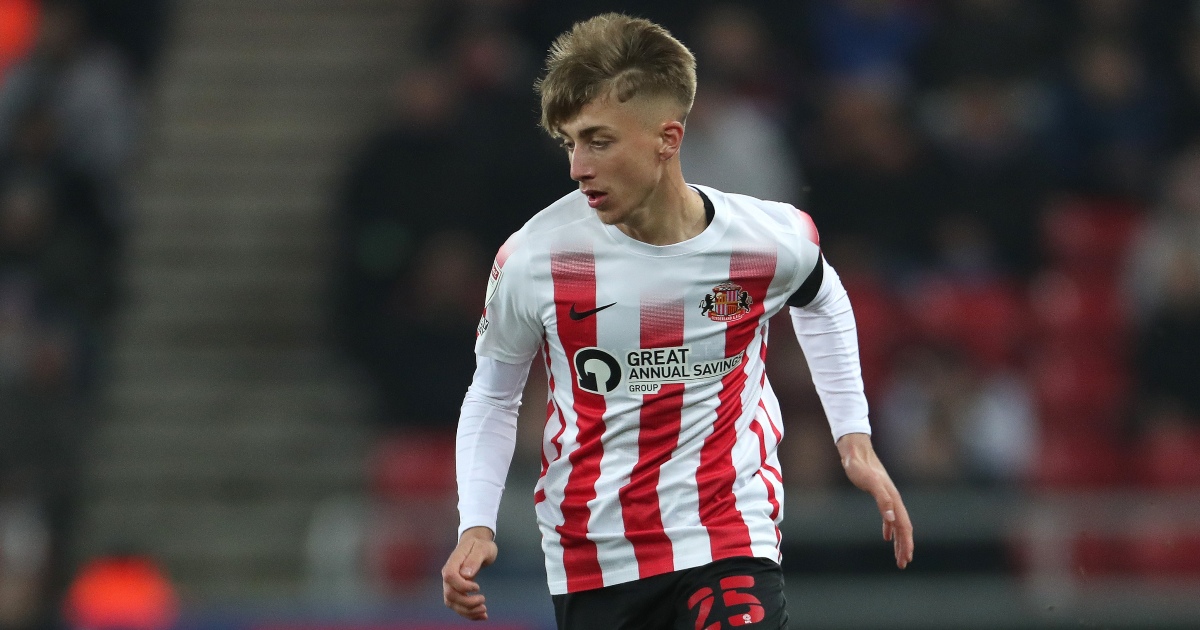 Aurier was quite an expensive signing from PSG and failed to establish himself ahead of Kieran Trippier at right-back.

Then Trippier was sold and was very, very sorely missed.

Tottenham’s record signing, Ndombele provided us with some wonderful moments of skill. But for £60million, we really expected more than a few moments.

Again, good moments. And a spell of genuinely influential form under Jose Mourinho in 2020. But nowhere near enough to justify the £42million Spurs forked out in combined loan and transfer fees.

Spurs will almost certainly make a loss should he make his loan move at Villarreal permanent.

In 2015, Yedlin arrived at Tottenham as a very fast, young player who lacked the technical and tactical qualities to really shine at the highest level of the game.

In 2016, Yedlin left Tottenham as a very fast, young player who lacked the technical and tactical qualities to really shine at the highest level of the game.

He only ever made one appearance, but Spurs sold him at a profit to Newcastle, where he made over 100 appearances before going to Galatasaray. That profit alone has shifted him a few places up this ranking.

Lopez never actually played for Tottenham, but he did give our good friend Matt Stead at Football365 the opportunity to regularly upset people by writing that the goalkeeper was an Irishman called Paul O’Pez.

Plus, he was only ever signed on loan to be third-choice goalkeeper so, unlike some of the others, at least he didn’t do anything wrong.

Michel Vorm was fine and these kind of signings are boringly necessary. Sorry.

We also really enjoyed his explanation for signing a new deal at the club in the summer of 2018: “I didn’t have other options.”

He left in 2019 and failed to find another club that summer. But after an injury to Hugo Lloris a few months later, he returned to Spurs on a short-term deal to provide cover. He made one more appearance before retiring in 2020.

Another one who goes in the early promise, a few good games, then not much else category. The saving grace with Foyth is the £5million or so profit they made on him.

We were absolutely convinced Sanchez had all the attributes to succeed at Spurs – and potentially to become one of the best centre-backs in the league – when he signed from Ajax in 2017. And he’s played almost 200 games for Spurs since.

But we can’t help but feel slightly disappointed at how it’s turned out for him. Conte is clearly not a fan and we can’t see him lasting much longer at the Tottenham Hotspur Stadium. A shame.

Pochettino really liked Gazzaniga, who hails from the same town in Argentina as the Spurs boss and also played under him at Southampton.

“It was a bit crazy,” Gazzaniga told ESPN in 2018. “Mauricio had a relationship with my granddad and especially my dad, because they played against each other with Instituto and Newell’s Old Boys, and my uncle went to school with him when they were children. It was a big coincidence.”

Coincidence is perhaps not the word we’d choose.

Anyway, Gazzaniga was more than serviceable when he turned out for Spurs, even if he never established himself as a genuine contender to Hugo Lloris.

Signed for £4.3million from Cologne in 2015, Wimmer was a reliable backup in his two seasons at Spurs and impressed when thrust into the team following an injury to Jan Vertonghen early in 2016.

He helped Spurs win six and draw two of a nine-game run in the team, earning himself a new five-year deal in the process, but he was back to being a back-up once Vertonghen returned and only made five Premier League appearances in 2016-17.

Somehow, however, Spurs sold him to Stoke for £18million. Halfway through the season he was on an individual fitness regime and not being considered for the first team even as Stoke hurtled towards relegation.

Starting a petition to re-sign Kevin Wimmer for the sole purpose of keeping Son happy, if anyone is interested. https://t.co/z9L7lKCyiB

It’s taken a while but, at the back end of the 2021-22 season, Ryan Sessegnon finally started to show that he could be a good long-term option for Antonio Conte’s team.

He’s not justified the £25million fee yet, but at 22 and working under a manager with a strong track record of improving players, there is plenty of hope that he will.

Watching Llorente for Spurs was at times pretty uncomfortable.

We’ve already said with regards to Janssen that playing as a backup striker and being expected to score goals when thrown into a team which hardly plays to your strengths, with little match practice, must be pretty difficult.

Llorente definitely made it look pretty difficult. But he also scored a few goals – as he has done throughout his career for Europe’s biggest teams – and his hold-up play was excellent.

And his contributions to Spurs’ run to the Champions League in 2019 mean that, despite being released at the end of that season, he’ll always be remembered fondly.

Injuries hampered Wanyama, but the former Southampton man was excellent in his debut season at Spurs after joining for only £11million, helping the north Londoners finish second in the Premier League.

Quite frankly, we would have paid £11million for this goal alone.

One year ago today, Victor Wanyama delivered the ball back into the Liverpool net with real interest. pic.twitter.com/nku4aiyZW6

For a long while it looked like Sissoko would be at the other end of this list, hovering somewhere around Stambouli and Fazio.

After all, for a club which hardly splashes the cash, a £30million outlay on a player who started just eight Premier League games in his debut campaign tends to suggest a bit of a f*ck up.

But, slowly but surely, Pochettino began to iron out the inconsistency and unpredictability and turn Sissoko from a punchline of a right-winger into a combative, all legs-and-lungs central midfielder.

There was plenty of excitement when Spurs parted with £25million to land the forward from PSG, but it took the Brazil international six months to adapt to English football.

After initially underwhelming, Moura shone in his first full season, most notably scoring that incredible second-half hat-trick at Ajax to fire Spurs to the Champions League final.

He’s since been usurped by Dejan Kulusevski, but we were still tempted to make him No.1 for this reaction alone.

An emotional Lucas Moura hears the commentary from Brazil of his winner for Spurs at Ajax (via @Esp_Interativo) pic.twitter.com/xr2a4sLZez

The absolute definition of a solid club servant. And Spurs only paid £13.5million for him and Vorm combined. Bargain.

Trippier wasn’t able to maintain his 2017-18 form following the World Cup, but perhaps the right-back used up a career’s worth of highs in Russia.

And the fact Spurs were able to sell him to Atletico Madrid for £20million in 2019 tells you he was still pretty decent in 2018-19. Considering he only cost £3.5million, it’s safe to say he goes down as a success.

Another player who seems to attract both over-the-top praise and criticism, Dier was popular with Pochettino and has forced himself into the team under all of the managers who’ve followed the Argentine. That’s not a coincidence.

A largely unknown £4million signing from Sporting Lisbon going on to appear over 300 times for Spurs and becoming an established England international generally signifies a very good bit of business.

He stagnated big time during his last couple of years at Spurs, but just think back to those heady days in 2016 when he was playing off Harry Kane, making late runs into the box and finding the net with unerring regularity. Wonderful stuff.

It’s also worth remembering that he signed for just £5million and left for a fee that could rise to £40million.

It’s easy to forget quite how complicated a transfer saga Alderweireld’s signing became for Tottenham, with the defender joining from Atletico Madrid despite Southampton wanting to exercise their option to sign the player on a permanent deal after a successful loan spell.

The £11.4million deal was worth all the headaches, however, as he quickly struck up one of the best defensive partnerships in the league with fellow Belgian and former Ajax team-mate Jan Vertonghen.

Quite possibly the most fun and undoubtedly one of the most brilliant footballers in the Premier League.

Thank God they didn’t sell him after a difficult first season. We absolutely love him.