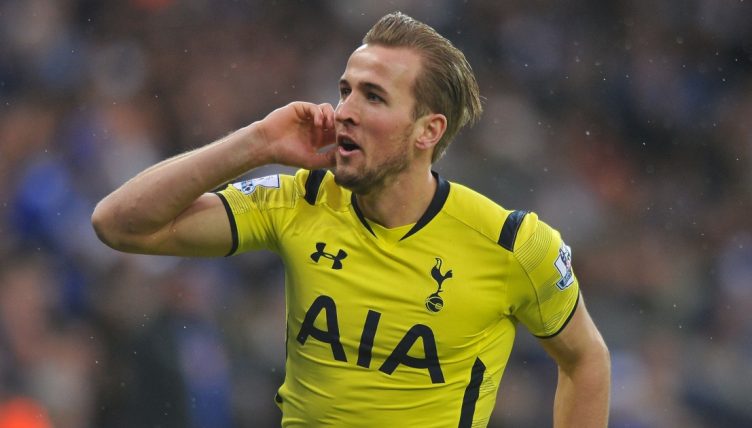 It’s no secret that Harry Kane loves a Boxing Day goal. Christmas comes late, not early, for Kane when he gets to walk out and play for Tottenham on the 26th of December.

Since 2014 he has scored in every Boxing Day match he has been a part of, a run that includes six games.

In those matches, he has bagged nine goals with his ninth coming against Crystal Palace this Boxing Day, bringing him equal with Robbie Fowler’s record of nine Boxing Day goals.

We’ve gone through and ranked all of Kane’s Boxing Day crackers.

The last goal on this list is perhaps unsurprisingly a penalty.

This was back when Dele Alli was in top form and he slid through Kane, who won the penalty when he was brought down.

The striker then stepped up and cooly dispatched the penalty past Declan Rudd in the Norwich net, sending the ball straight down the middle with Rudd desperately diving to his left.

Nothing special, but a goal is a goal.

This fixture saw Kane hit a hat-trick, with his second on the day being by far the least impressive.

It was a simple tap-in for Kane, who had evaded the attention of the Southampton defence and had an open goal to put the ball into after Son Heung-min rolled it towards him.

You can see his first, second and third here.

The second goal of his Boxing Day brace against Norwich in 2015 was a proper striker’s finish.

Shifting the ball to his right foot, he took one touch and then another, confusing the Norwich defence before he fired hard and low past the Norwich kgoaleeper with maximum efficiency and zero sense of doubt that it would end up in the back of the net.

Rudd should have done better in the net, but it was another Boxing Day goal for Kane and a second in the match.

His latest goal may have drawn him level with the record but it was not worthy of finishing above most of his Boxing Day finishes.

That’s not to take away from the goal which opened the scoring for Spurs, however.

There was an element of inevitability about the goal as if Kane and everyone in the stadium knew for a certainty he was going to score.

Emerson Royal sent a line breaking ball through to Lucas Mora who charged towards the box while Kane did the same through the centre of the pitch and into the area.

Moura just needed the one-touch to poke the ball onto Kane who did the rest, firing high and across Jack Butland and into the net to give Spurs the lead.

It was as much an apology present as it was a Christmas gift from Kane; “Sorry about trying to leave and all that Spurs fans, I promise I won’t try in January…”

Now things are heating up, as we continue into the part of the list occupied by what you might consider to be typical Kane finishes.

He had struck earlier in the game, his impressive movement in behind the lines seeing him sent through on goal by Harry WInks. But Kane’s deft finish would not stand as VAR claimed yet another victim, ruing that the striker was millimetres offside.

Of course, Brighton then took the lead, but Kane would strike again to level up the game and this time there would be no taking it away.

It was a true poacher’s finish. Kane was the first to react when the ball ping-ponged off two Brighton defenders and fell perfectly at the English captain’s feet, who gratefully accepted the present and fired towards goal.

Yet Matt Ryan saved the initial effort and Kane had to acrobatically manipulate himself to blast a first-time rebounded volley past the helpless Brighton defenders who tried to stop it.

A good finish and a vital moment from a team leader that helped Spurs win the game 2-1.

His opening goal against Southampton was nothing out of the ordinary, a close-range header from an Eriksen free-kick after beating his man to the ball.

But it was what the goal meant which is why it’s so high up on this list.

It was a record-breaking moment and he celebrated as such. It was his 37th Premier League goal in 2017 which meant he surpassed the 36 that Alan Shearer scored in 1995 with Blackburn.

That would become 39 by the end of the match when he completed his hat-trick, a record that still stands today. Comparatively, this year Mohamed Salah has the most with 24, which pales in comparison to Kane’s record.

His first Premier League Boxing Day match, his first Boxing Day goal, and it only took him 55 seconds to grab it which means it is worthy of its third-place position in this list.

The ball was played into the box where Kane managed to outmanoeuvre Wesley Morgan by tricking the Leicester defender to overcommit before the striker went back on himself to receive the ball.

He shrugged Morgan off, taking a touch to set himself up before blasting the ball past the Leicester goalkeeper into the far corner to complete an impressive move and electric start to the match for Spurs.

This was simply a goal that showed the true breadth of Kane’s abilities, which considering his season so far we might have forgotten.

First, the move begins with his dribbling and hold-up play bamboozling the Bournemouth defence.

He weaved in and out of the Bournemouth defence whilst waiting for reinforcements to arrive and then was able to pull the ball back to Danny Rose.

From there the ball moved on to Eriksen as Kane made a smart dash in behind the Bournemouth line and into space in the box, inviting Eriksen to play the ball to him.

The Dane obliged with a beautiful dinked ball and the rest was pure class from Kane, wrapping his left around the ball as it came over his shoulder and in to the net.

It was a top-class goal in every way.

The best Kane Boxing Day goal came in his best performance, the last goal of his hat-trick against Southampton.

There’s not much more to say about it other than it’s a wonderful watch, a deft lob worthy of topping almost any list.

The goal was his 39th and last Premier League goal of 2017, a record that will surely not be broken for a little while yet.

He scored the 39 in 36 games, six fewer than what Shearer had to net 36. It also meant he claimed the record for the most hat-tricks in a single Premier League year, with this his sixth of 2017.

Watch it, and then watch it again.