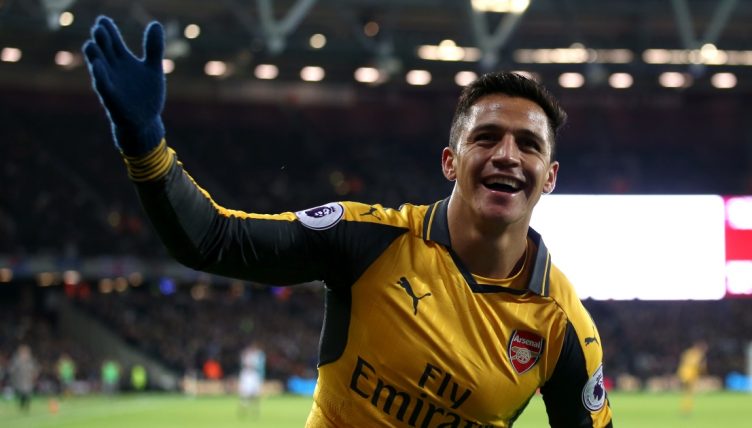 Arsenal have spent big in recent years in an effort to recapture former glories – but how effective have their 10 record signings actually been?

For years, Arsenal fans would bemoan Arsene Wenger’s reluctance to spend big, yet that all changed following Mesut Ozil’s arrival in 2013.

We’ve ranked Arsenal’s 10 most expensive signings from the worst value for money to the best.

Just over £35million was splashed on the 2014 World Cup winner in the summer of 2016 and, although the Gunners got five years of service from the former Valencia man, it is safe to say that he did not come close to justifying the price tag.

151 appearances and plenty of defensive clangers later, Arsenal and Mustafi mutually agreed to cancel the centre-back’s contract in February 2021. He joined Schalke and, 13 games later, added a relegation to his CV. Fitting.

Xhaka was brought to the Emirates in the same transfer window as Mustafi (we know, what a time to be alive).

In his five years in the Premier League, the combative midfielder has at least proven to be excellent entertainment for neutrals. Swearing at his own fans and seemingly only capable of tackling with his studs raised, there is always a story to come from the Swiss. Not even the odd Xhaka-boom can justify the price tag, however.

Many an eyebrow was raised when White was brought to Arsenal from Brighton for £50million.

But the fact that such a fee was at least spent on one of England’s brightest prospects has helped him above two others in this list – even if the early signs have shown that he is still a fair way away from justifying his price tag. Let’s give him a chance though – there’s plenty of time for him to improve this placing. 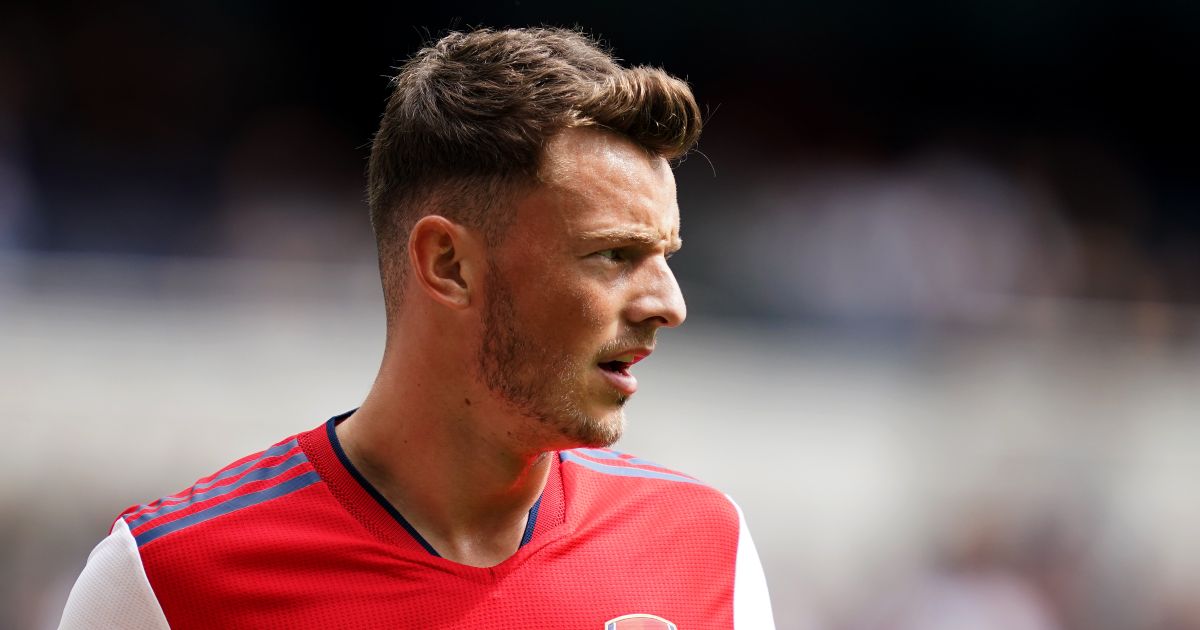 The Norwegian attacking midfielder initially joined on loan from Real Madrid in 2020-21 and was bought permanently for £30million this summer.

After impressing in his temporary spell, spending such a fee on the 22-year-old was already somewhat justified. A North London Derby winner and a March Player of the Month award have already teased fans with what he is capable of. But he will need to keep proving himself.

Arsenal triggered Partey’s £45million release clause at the end of the summer 2020 window. Sadly injuries have prevented his new fans from seeing his best yet.

However, a light is shone on his value to the club when he is absent. Mikel Arteta has been forced to use a number of pairings in the heart of his team, but none of Xhaka, Dani Ceballos, Mohammed Elneny or Ainsley Maitland-Niles have covered themselves in glory.

The Ghanaian may still be a fair way from justifying his hefty price tag, but his value to the club is plain to see.

Pepe’s Arsenal career has been a slow burn so far rather than explosive, but it continues to head in the right direction.

But as the man who remains the club’s record signing, the pressure is always going to remain high. £72million was thrown in Lille’s direction to bring in the winger in 2019 and, after a disappointing debut campaign, he is starting to find his feet.

Last season saw him score 15 goals in all competitions, the second most at the club. 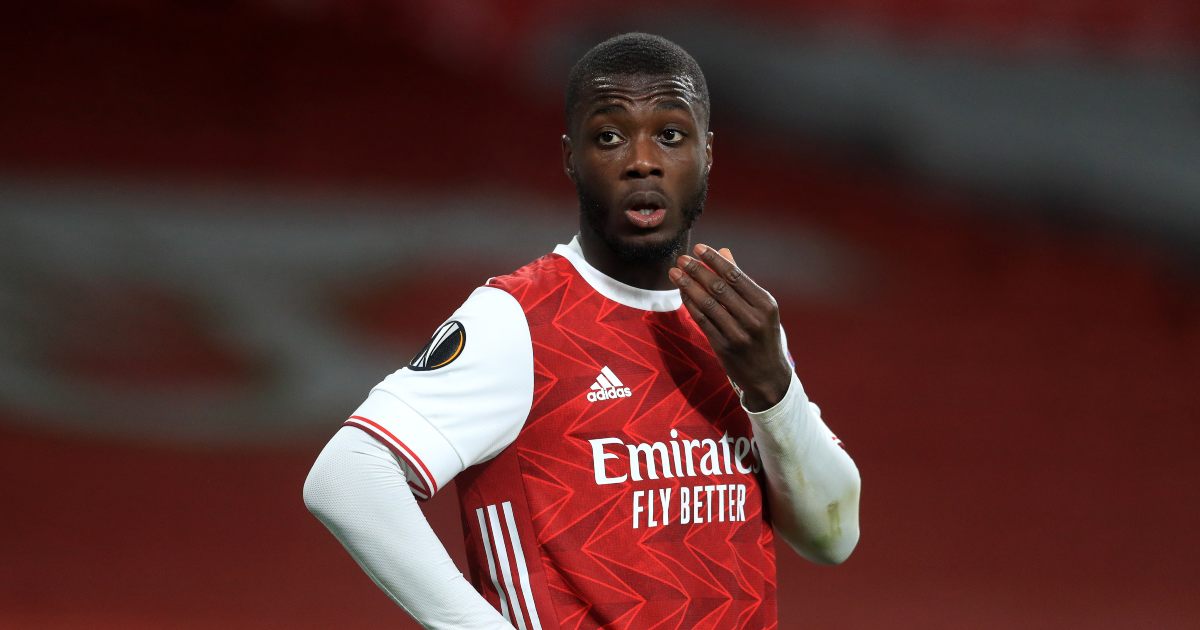 READ: How Nicolas Pepe’s 2020-21 stats compare to his first season at Arsenal

Ah, Mesut. A genius for two months of every season, a frustrating menace for the rest.

There is no doubting that the German had all the necessary tools to become an Arsenal legend. But his technical brilliance and on-field swagger was always hampered by comparisons to his outrageous wages and, when he went AWOL from time to time, the backlash was fierce.

But those moments of brilliance, the ending of Arsenal’s trophy drought and the scenes on Sky Sports News when his signing was announced were worth the £42million fee alone. 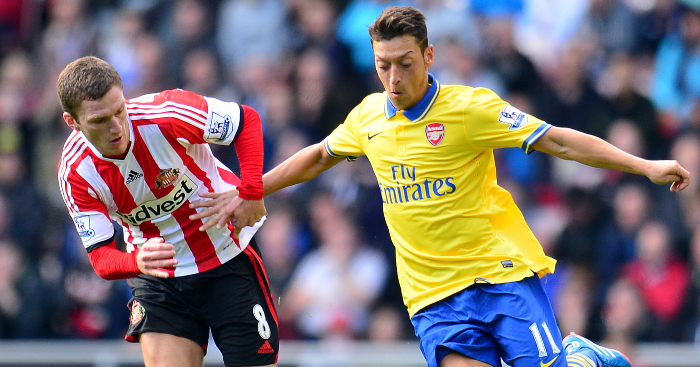 The France international was signed for a then club-record £46million in the summer of 2017 and although he has never managed to master the role of talisman, Lacazette has been a reliable source of goals across his four years at the Emirates.

Despite the arrival of Pierre-Emerick Aubameyang, it was Lacazette who won the fans’ Player of the Season award for the 2018-19 campaign and although rumours of a departure continue to persist, his 66 goals in 172 games remains an impressive legacy to leave if the time comes.

The Gabon goal-machine signed for £56million in January 2018 and the rest is history.

A Premier League golden boot and a legendary FA Cup final display, Aubameyang is so obviously the jewel in the Arsenal crown and, given the club’s current struggles, is almost certainly irreplaceable.

#OnThisDay in 2020, Arsenal beat Chelsea in the FA Cup final 🏆

Just £31million was spent on Sanchez. What. A. Bargain. In three-and-a-half years with the Gunners, he became one of the finest forward players seen in the Premier League.

The Chilean deserves to be remembered as an exceptional striker we saw in north London and not for the underwhelming spells that followed.