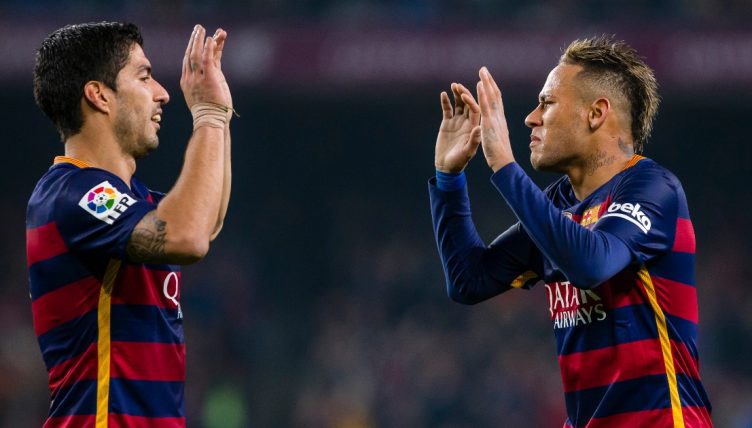 Barcelona’s transfer business in the 2010s wasn’t as strong as that of some other elite European clubs, but it didn’t exactly need to be.

When you’re working with a base of Lionel Messi, Andres Iniesta and Xavi, not to mention a full decade of Gerard Pique at centre-back and several years of Dani Alves on the right, you can get away with some duff purchases. Of which there were undoubtedly plenty.

Still, for all the expensive flops, there have still been a few players who we can call successes for their time in Catalunya over the course of the 2010s. Even there, though, there’s quite a jump from the bottom to the top.

Here are the top 10, from worst to best.

It might come as a surprise to see Bravo here, given his underwhelming form in the Premier League, but the Chilean made a big impact after joining Barca in 2014.

The former Real Sociedad man broke a record by going 754 minutes without conceding a goal, the longest run at the start of a season in La Liga, and ended his first season as a treble-winner.

For this, he edges out contenders such as Ousmane Dembele, Samuel Umtiti and Paulinho, all of whom were in the discussion for the 10th spot. If Dembele stays and becomes the world-beater he’s always threatened to be, we’ll eat our words, but if he leaves on a free – as looks likely – he’s proven a disastrous signing.

Fabregas might not have replicated his best Arsenal form at Camp Nou, but he didn’t exactly do badly.

A €29million arrival from north London in 2011, the Spanish international was part of the squad which was unlucky to lose to Chelsea in their Champions League semi-final and ended the campaign as part of a victorious Euro 2012 squad, scoring twice in the group stage and playing 75 minutes in the final.

Had he arrived after Xavi and Iniesta, rather than competing with them for places, he may well have made a much greater impact before leaving in 2014.

Another 2011 arrival and 2014 departure, Alexis had an impressive record at Barcelona but only a handful of trophies to show for it.

A record of 39 goals in 88 league games isn’t too shabby at all, with 19 in his final season enough to put him above the likes of Bale, Benzema and Griezmann in 2013-14.

There were some phenomenal goals in those three years, too, not least this chip against Real Madrid.

What a strike #BlastFromThePast pic.twitter.com/2Z5TdzPgk0

Rakitic was one of Barcelona’s better players in the second half of the decade after arriving from Sevilla in 2014 and scoring in his first Champions League final.

During his time at the Camp Nou, he straddled that line between ‘actually underrated’ and ‘gets called underrated so much that he’s now become overrated’.

When he returned to Sevilla after six years in Catalonia, he left with four La Liga titles, four Copa del Rey and the Champions League. Not bad going, that.

Ter Stegen might have taken a while to become first choice in the league, but a winning performance in the Champions League final at 23 wasn’t the worst start.

The Germany international grew into one of the world’s best goalkeepers while at Barcelona, barely missing a minute in the league after usurping Bravo as No.1. His form’s dipped a little over the last year or two, but his legacy as one of Barcelona’s all-time greatest goalkeepers remains inarguable.

It’s hard to quantify just how good David Villa was if you didn’t watch him in action for Barcelona and Spain, or even for Valencia before that.

He was the missing piece of the puzzle for Pep Guardiola’s Barca, helping transform a generation-defining side into something even better than that.

Were it not for the untimely injury which stopped Villa for a year at his pinnacle, he’d be even higher on this list.

This is the stage at which we have to weigh up whether longevity outranks short bursts of brilliance.

Mascherano might not have been better than peak Villa, but the Argentine was just as vital a part of the Catalan club’s dominant era.

Signed from Liverpool for €24million in 2010, he quickly made that figure seem like an absolute steal. Whether in midfield or at centre-back, Mascherano was an invaluable member of the Barcelona squad throughout the decade.

Another man with longevity on his side, Alba demonstrated the value of accepting you’ve made a mistake.

The left-back was released by Barca as a teenager, but in 2012 the club’s top brass swallowed their pride and paid €14million to bring him back from Valencia.

Almost a decade, 400+ games and more than 10 trophies later, it’s looking like a pretty great bit of business.

Moves like Neymar’s aren’t supposed to pan out this well. Signing a top-rated young prodigy from South America should at best take a while to bear fruit and at worst leave you with another Keirrison situation.

With Neymar, though, neither of these things happened: the former Santos prodigy scored more than 100 goals in four seasons, one of which was the clincher in the 2015 Champions League final.

Furthermore, when you fork out €57million for a player, you don’t expect to more than treble your money when he moves on. Neymar could have gone on to even bigger and even better things at Camp Nou, but the club can’t exactly be disappointed with that four-season return.

Just don’t mention how they reinvested the cash. Ouch.

Suarez’s quality was hardly a secret when Barca paid top dollar to sign him from Liverpool, but it turns out his return of 31 goals from 37 games in his final Anfield season wasn’t as good as it could get.

His go-ahead goal in the 2015 Champions League final was a nice way to close off a debut season which began late due to a suspension carried over from a biting incident at the World Cup, but it was the following campaign in which he peaked.

Scoring 59 goals in 53 games used to be the preserve of Messi, Cristiano Ronaldo and literally no one else. Doing that at all is an achievement, but the Uruguayan posted those numbers in an unbearably consistent six years in which he has provided a goal or assist every 71.7 minutes in La Liga. Outrageous.