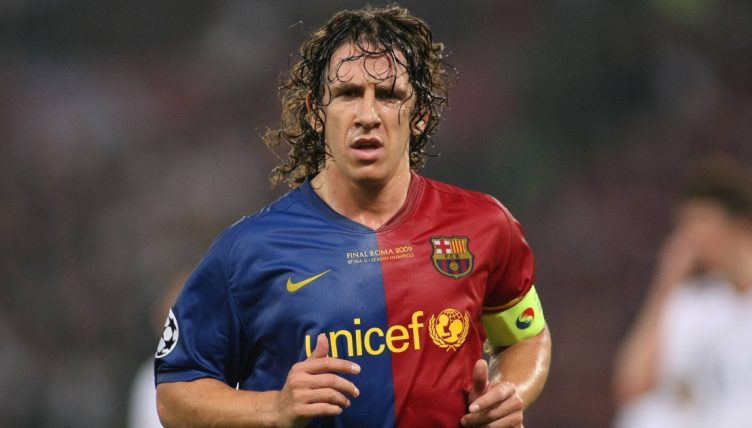 While Barcelona have struggled recently, the last 25 years or so have been the most successful in the club’s history – and they’ve been led by some fantastic players in that time.

The Catalan giants have enjoyed a regular stream of trophies and some fantastic football to boot. Some claim that the 2009-12 team, managed by Pep Guardiola, is the greatest of all time.

Every great team needs great leaders and Barca have been blessed in this regard as some of the leading players of their generation have worn the armband at the Camp Nou.

We’ve ranked the eight captains of Barcelona since 1997 from worst to best.

Barjuan, up until recently coach of Barcelona B, was captain for the 2001-02 season but only made 25 appearances in all competitions.

The right-back had been at the Camp Nou for almost a decade when he was given the armband but his leadership couldn’t save Barca from a disappointing 4th place finish in La Liga and defeat to Real Madrid in the Champions League semis.

Louis van Gaal sold Barjuan to Atletico in the summer of 2002 and appointed Luis Enrique as captain in his place.

He was a solid pro, but Barjuan doesn’t really compare to the other names on this list.

Great player, and one of the leading proponents of football’s dark arts, but Busquets has only captained Barcelona since the summer of 2021 and while they rallied to finish a respectable 2nd place in 2021-22, it wasn’t a season to remember.

He may move up the list if things improve under Xavi’s management but, for now, the midfielder hardly warrants a higher placing than this. If Busquets can help lead Barca to their first league title in four years – which remains well on the cards – we’ll certainly consider bumping up a place or two next time we update this.

Real Madrid were the league’s most glamourous team, Rafa Benitez was working wonders at Valencia, and northern Spain was well represented in Europe by Celta Vigo, Deportivo La Coruna and Real Sociedad.

And Barca started the 2002-03 season shockingly, finding themselves hovering above the relegation zone before Van Gaal was sacked in January.

In this context, it was hard for Enrique to match the success of his successors. But the midfielder, who as manager led Barca to the Champions League trophy in 2015, oversaw a recovery in 2003 and was at the helm during the embryonic Rijkaard/Ronaldinho days the following season.

Enrique retired in the summer of 2004 and is remembered fondly at the Camp Nou.

Barcelona’s most successful manager was also one of their finest ever captains.

A stalwart of the club’s midfield throughout the 1990s, Guardiola was quickly appointed as the club’s new captain in 1997 by Van Gaal, replacing the outgoing Gica Popescu.

He remained captain for the next four seasons, lifting the La Liga title in 1999 and making a substantial impact from the centre of the park.

But Barca were trophyless during Guardiola’s last two seasons as skipper and he was sold to Brescia in the summer of 2001.

So, surprisingly, we can’t really rank Pep any higher than this.

But, as the club’s first and only foreign captain, Messi oversaw some pretty abject surrenders in the Champions League – mention Anfield or Bayern Munich if you want to see any Barca fan come out in hives.

Messi still led the side to the La Liga title in 2019 and won the Copa del Rey in his final season in Spain. And it’s worth noting his advancing years and the club’s decline while the Argentina international wore the armband.

He was hamstrung by circumstance, but Messi the captain wasn’t quite at the level as Messi the player. A brilliant captain for Argentina, though.

Iniesta is arguably one of the greatest midfielders of all time, but most of his success at club level came before he took the captain’s armband in 2015.

Taking over from Xavi, who left the club at the end of the previous season, the World Cup winner led La Blaugrana to two La Liga titles and three Copa Del Rey wins.

In his final season, the 2017-18 campaign, Barca won La Liga by a whopping 14 points and who could forget his performance in El Clasico two years previously?

Iniesta scored one goal and created another in a 4-0 victory over Real Madrid and he became only the third Barca player to receive a standing ovation at the Bernabeu.

The midfielder left for Vissel Kobe in 2018 after making 674 appearances for Barcelona.

The legendary midfielder only led Barca for a single season, but what a season it was.

Spearheaded by the peerless MSN forward line, Barcelona swept all before them in the 2014-15 campaign and won the second treble in their history.

Xavi was coming to the end of his career at this point, and often kept out of Luis Enrique’s XI by Ivan Rakitic, leaving for Qatar after the Champions League final victory over Juventus. Despite not wearing the armband before, he’d always acted as an on-field leader anyway.

But even his solitary season as captain is enough to land him second place here. Like Guardiola before him, a staunch defender of Barcelona’s Cruyffist values and playing style – we’re not surprised he’s made a promising start to life in the dugout. 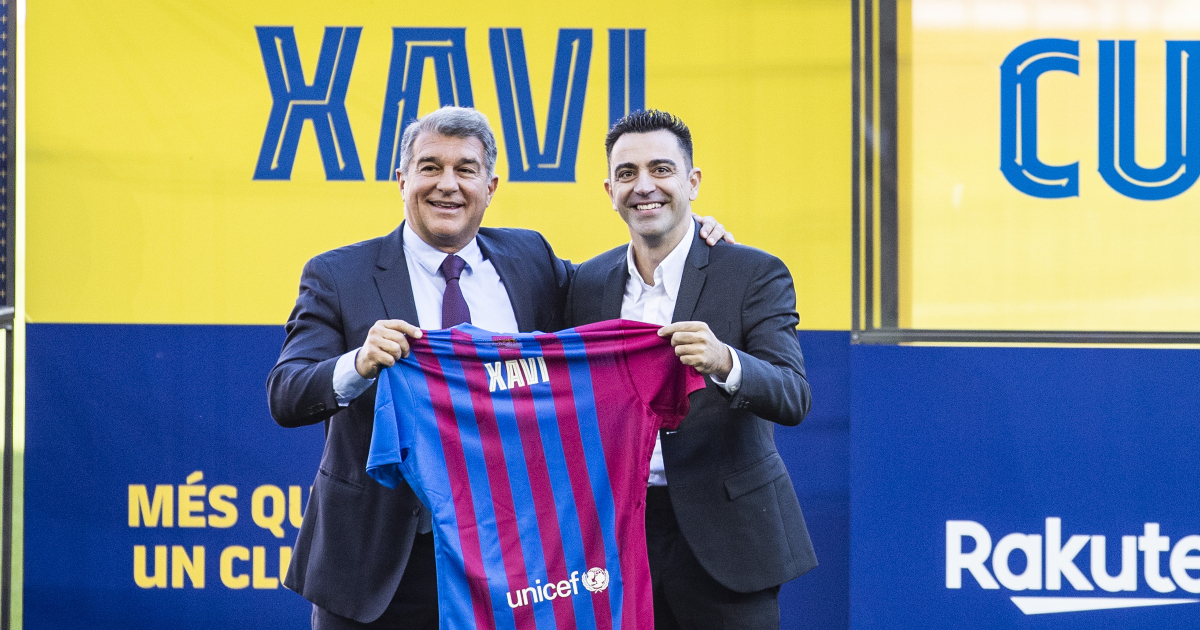 Not only is Puyol Barcelona’s longest-serving captain – holding the armband between 2002 and 2014 – but he also led the club during their greatest period of success.

Ladies and gentlemen, we have a clear winner.

Barcelona legend Carles Puyol turns 42 today. He was a one man wall 💪

READ NEXT: A tribute to Messi’s 2017 El Clasico winner – the goal of a true hard man