Ranking English clubs by percentage of homegrown talent in their squad 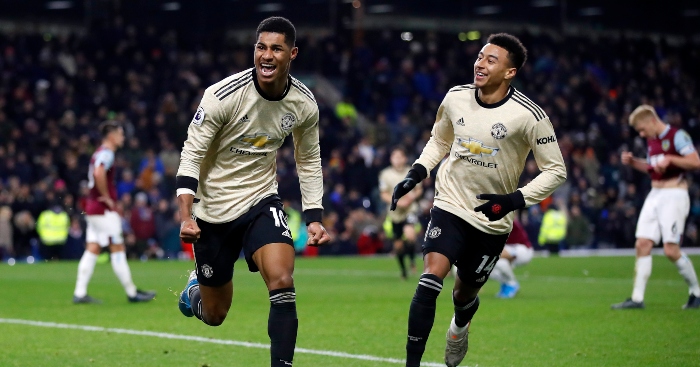 English sides are often criticised for not giving opportunities to their homegrown players, but Manchester United and Chelsea have bucked that trend.

Sports advisory and capital solutions firm Tifosy have looked at which Premier League and EFL clubs have the highest percentage of homegrown talent in their squad.

Unsurprisingly, Manchester United lead the way and 40.7% of Ole Gunnar Solskjaer’s first-team squad is made up of academy graduates.

Crewe Alexandra, who are also renowned for giving academy graduates a chance in the first team, aren’t far behind and 40% of their squad consists of homegrown talents.

Chelsea’s academy graduates haven’t always been given a chance in the first team, but more and more game time has been afforded to youngsters since Frank Lampard took over at Stamford Bridge.

The likes of Mason Mount and Tammy Abraham are thriving under Lampard’s management and 29.6% of their current squad are homegrown players.

Overall, Premier League sides make up 13 out of the top 40 and you can see the full list below.

As the financial impact of #Covid19 hits, clubs are expected to place greater emphasis on promoting homegrown talent. Currently, #PremierLeague clubs make up 35% of the top 40 in England/Wales with the highest proportion of players developed at home in their squad.#sportsbiz pic.twitter.com/rRAm4538iS

Manchester United also come out on top when it comes to having the highest percentage of homegrown talent out of any club in Europe’s top five leagues.

The Red Devils are just ahead of Spanish side Athletic Bilbao and only seven English sides makes the top 40 on this list.

The promotion of homegrown talent is expected to rise as a result of the #financial pressures of #Covid19, with the hope of reduced spending on wages and transfers. Top quality academy facilities will help clubs in higher divisions to produce elite-level talent.#sportsbiz pic.twitter.com/d7NtXwG3FQ