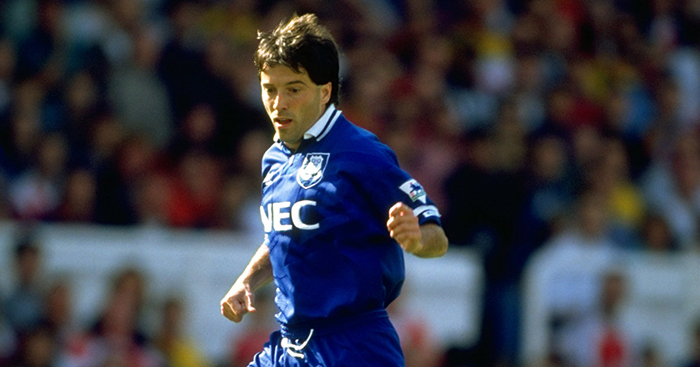 As one of only a handful of ever-present teams in the Premier League since 1992, Everton have had plenty of time to get up to all sorts of transfer nonsense.

Their nonsense has much more of an American flavour than the nonsense put forward by other clubs, but there’s definitely no less weirdness.

This is not the place to come for signings which make sense in retrospect, or signings which made sense but turned out to be rubbish. Without further ado, and in reverse order, here are 21 Everton signings that for one reason or another were just weird…

Football’s equivalent of GOB Bluth making a huge mistake, £5milion Danish defender Krøldrup made his debut on Boxing Day 2005 before being sold back to Serie A at a loss less than a month later.

Confusing, sure, but we think we can find some weirder deals.

Not to be confused with the UFC fighter of (almost) the same name, Anderson was one of your classic ‘signed from a Uruguayan club without playing a game for them’ players who are en vogue these days.

Seeing as the Brazilian made it onto a Premier League pitch for just two minutes, we’re starting to think Everton would have been better off signing the mixed martial artist. Even now, at 43 years of age.

Everton didn’t seem to feel the need to update their fans when Uruguayan striker Rodriguez left the club, which probably tells you most of what you need to know about someone who we can confirm was definitely at the club.

Now runs a Croatian bakery in Sydney, Australia. His name is an anagram of ‘Deny Broads’, ‘Brandy Dose’ and ‘Bone Dry? Sad’.

The uncapped Australian played a grand total of 0 Everton minutes after joining as a 24-year-old – we’re not saying his failure to play for Australia by that age should have been a sign, but…

Eto’o didn’t do badly at Everton by any means, scoring on his debut and adding a further three goals in half a season, but the decision to sign a 33-year-old after his move after Anzhi was creative to say the least.

That said, it’s perhaps even weirder to learn he’s still playing in 2019.

Everton signed Hahnemann when he was 39 years old and had committed to the Black Metal Dana White aesthetic, which really ought to have been a red flag.

It was bold of Everton to sign James Blunt’s doppelgänger in the brief period that Blunt was one of the biggest stars in the UK.

Two years either side and the German goalkeeper could have walked down the street unnoticed, especially as he made just six appearances for the Toffees.

Speaking of lookalikes, when you can boast a player compared to David Beckham, it’s probably better for the comparison to be based on football.

Sadly, the Brazilian earned the nickname ‘Rodrigo Beckham’ purely due to his modelling work and not due to his *checks notes* four late substitute appearances in 2002.

On reflection, it probably didn’t help that another talented player by the name of Wayne Rooney made his debut on the same day and did slightly better in the long run.

Look, we know there are some players whose natural quality means they might always seem worth a gamble, but Everton signed Paul Gascoigne after he had broken his arm elbowing an opponent. Yeah.

Look, we know there are some players whose natural quality means they might always seem worth a gamble, but Everton signed David Ginola after he’d been accused of being overweight by John Gregory and banished to the reserves.

The Frenchman made five appearances for the Toffees and retired three months later. 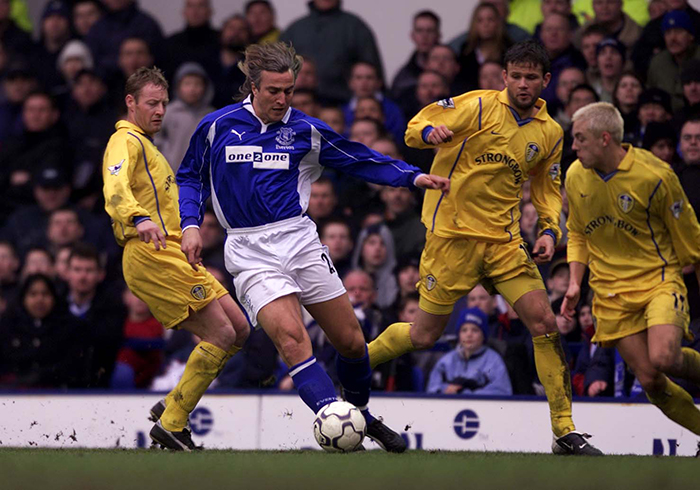 Some of Everton’s Americans enjoyed their time in English football, like Brian McBride.

Others went down the route of Arnoux and Peterlin, who joined together in 2009 after playing for such soccer giants as the Wake Forest Demon Deacons and UCSC Banana Slugs.

We just wanted to commit those names to print, really, to demonstrate how American college sports are infinitely better and worse than the English football pyramid will ever be.

Just really, really tall, wasn’t he? Probably shouldn’t be your only factor when deciding whether to sign someone. Played one Premier League minute.

Just really, really good on Championship Manager, wasn’t he? Probably shouldn’t be your only factor when deciding whether to sign someone. Played no Premier League minutes.

We covered the Unsworth signing in our breakdown of Aston Villa’s weirdest signings, but it bears repeating here.

The defender signed for Villa, realised the commute between Liverpool and Birmingham was less straightforward than a commute from Liverpool to a different part of Liverpool, and changed direction a hell of a lot quicker than he’d have been capable of during his spell as caretaker manager in 2017. Well, according to Joey Barton.

Bit weird that they brought Baxter back in 2017, after his drug ban and actually gave him a contract. Nice, sure, but weird.

Maybe it says more about Premier League football that we’re stunned to see genuine goodwill from a club towards a player who was never likely to get onto the pitch for the first team, but here we are.

Here’s one where the weirdness happened after the signing, but it feels bizarre enough to merit inclusion here.

After an Everton fan came onto the pitch during a defeat to Arsenal and attempted to swap shirts with Nyarko and take his place, the Ghanaian midfielder asked to be substituted and made it clear he wanted to leave the club.

Weirder still, though, was the fact that he outlasted Walter Smith, the manager who accused him of having a “lack of strength” after the incident. 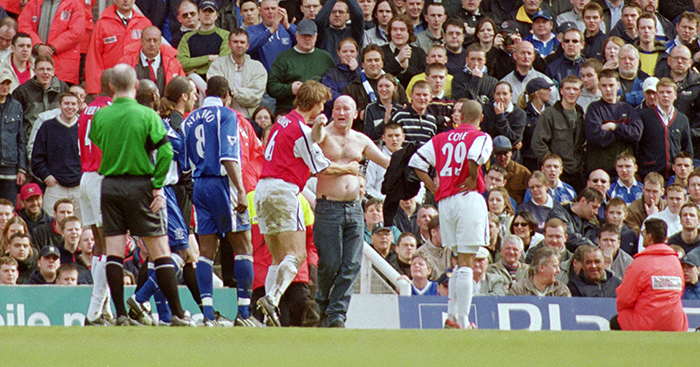 Everton represented Baardsen’s stopgap between Tottenham and Wall Street, which probably tells its own story. His one game for the club was against Tottenham, but there’s no word yet on whether he’ll be given a testimonial against an XI made up of hedge fund managers.

Mark Hughes was already manager of Wales when he signed as a player for Everton. That’s… that’s not normal, is it?

Managing a club and a country simultaneously? Fine. This? What on earth is going on?

Hughes was almost 37 when he moved to Goodison, which is the equivalent of signing Alex Neil as a player now.

In 2002, coincidentally after Everton signed a two-year sponsorship deal with communications company China Kejian, the Toffees were suddenly interested in players from China.

They would go on to sign Li Tie, who was actually quite good, but not before taking Li Weifeng on loan – much to the surprise of David Moyes.

Li Weifang had gone on trial with the club as part of the Keijan deal, but the fact made a grand total of one Premier League appearance suggests Moyes probably wouldn’t have signed him given the choice.

But initially the Li Tie deal collapsed over a wrangle between Keigan and the midfielder’s club Liaoning Bird, hurrying Everton into a deal for Li Weifang without their manager’s knowledge.

“He is someone we have done our homework on,” chief executive Mike Dunford said. “David now has the opportunity to see if one of China’s leading defenders will be able to adapt to the rigours of English football.”

Yes, our number one is another American, but this one comes with a twist. He wasn’t signed from MLS, or USL, or even one of those brilliantly named college teams, but rather from an indoor soccer team.

Now, I know you’ll try to argue the indoor and outdoor games are the same sport, but let me assure you, they are different sports. Entirely different.

He might have averaged roughly a goal per game on the indoor pitches, but signing him in the Premier League is akin to getting the world’s best poker player to gamble your money for you at the blackjack table.

Still, he remains possibly the only man to play in the inaugural season of both the Premier League and Major League Soccer.