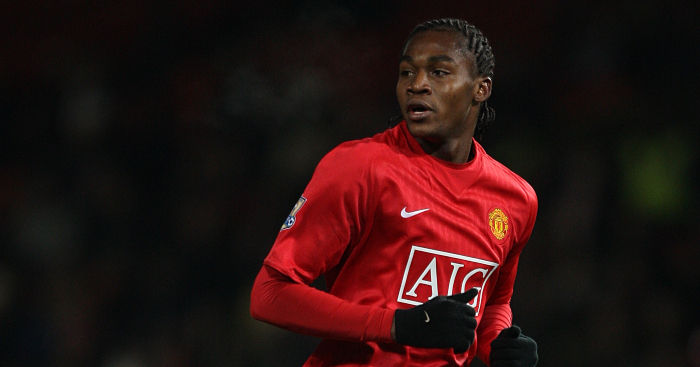 In the club’s rich history, players from all over the world have played their trade for Manchester United. However, not a huge number have been from Africa.

Odion Ighalo is the seventh from the continent to do so, but how does he compare to those who came before him?

Let’s take a look – and a warning to United fans, you may not have many fond memories of this lot…

Zaha was by no means worse at United than the players ahead of him on this list. However, given the hefty £10million-plus paid for him, there’s really no choice but to stick him rock-bottom.

He became Alex Ferguson’s last signing for the club when he was snapped up in January 2013 and loaned back to Crystal Palace for the remainder of the season. By the time he returned to Old Trafford, David Moyes was in charge and didn’t take a fancy to Zaha, loaning him out first to Cardiff and then to Palace again.

Following this loan spell, the London re-signed him permanently for around £3million and the winger left Old Trafford having appeared just four times. In case you didn’t know, he’s doing alright these days.

Zaha’s four appearances are one more than what Manucho managed. He may have been really good (probably not), but he had the misfortune of joining at a time when Wayne Rooney, Cristiano Ronaldo, Carlos Tevez and Dimitar Berbatov were on the club’s books.

After loan spells at Panathinaikos and Hull City, the Angolan left for Real Valladolid in 2009 for £2.5million. Given they only paid £900k for him, United did at least make a tidy profit. It’s not all bad.

A name undoubtedly more familiar to Stoke fans than those of United. Diouf joined from Molde in January 2010 for just over £4million and made the dream start to life in Manchester, scoring on his home debut against Burnley. After five further appearances, he was loaned out to Blackburn the following season, where he scored six goals.

At the end of it, he returned to Old Trafford and tore it up for their reserve side but never got close to the first team. He remained there until January 2012, when he joined Hannover for £1.5million. These days, he’s playing in his sixth season for Stoke, where he’s made a whopping 155 appearances.

If his ability was as good as his name, Djemba-Djemba would’ve become a true great. Sadly, it wasn’t. The Cameroonian was brought United in 2003 to fill the (probably) blood-stained boots of Roy Keane. He began his task well, making a tackle on Sol Campbell in the Community Shield that Arsene Wenger called obscene. Very Keane-esque.

He was unable to maintain this level of shithousery, however, failing to ever establish himself in the first team. Still, two goals and three assists in 39 games is undoubtedly a better record than some in this list. Oh, and one was an absolute beauty, against Leeds too, which always helps.

The fact that Ighalo is already number three here says more about those below him than his own success at the club.

Nevertheless, despite the ridicule that surrounded his arrival, the Nigerian has made a decent start to life in Manchester, scoring three goals in six games. If he continues that way, it’ll have actually turned out to be one of Ed Woodward’s better signings.

Two words sum up Bailly’s time at Old Trafford. Injury-plagued. In his almost four years at the club, he’s missed over 60 games due to various issues with his knees and ankles.

When he’s been fit, however, he’s been one of the side’s best defenders, shown by his first season, where was named Player of the Month in August and included in the Europa League Squad of the Season.

United have recently opted to extend his contract to the end of the 2021-22 season, and he can stay fit from now to then, he may well end up being their best African player ever.

Mr Versatile. Fortune had the misfortune of joining United shortly after they won the treble, meaning there was little room in the first team for him. Nevertheless, he proved to be useful to the club, providing cover all over the pitch.

He spent seven years there, making 126 appearances and playing in three title-winning campaigns. Due to injuries and his role as back-up, he didn’t play enough games to get a winner’s medal in two of them but did get his hands on one in 2002-03.

After leaving for Bolton in 2006, Fortune returned to Man Utd in 2013 in a coaching capacity and is still there today, working with the under-23s.