Ranking Arsenal’s 14 goalkeepers since Lehmann from worst to best 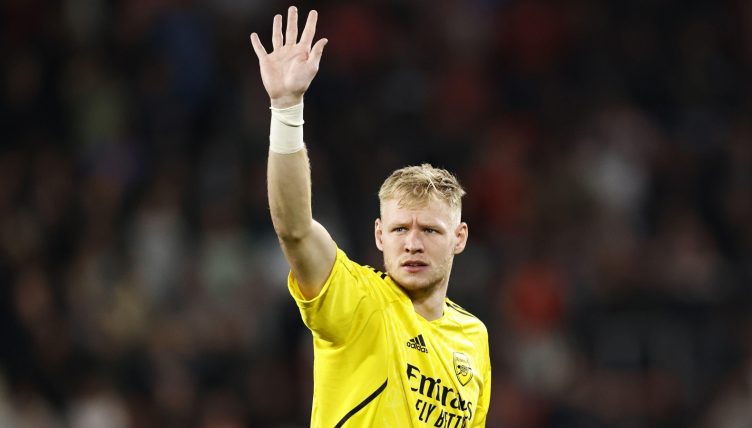 Jens Lehmann was always going to be a difficult man for Arsenal to replace – and they discovered that the hard way over the years that followed.

The veteran goalkeeper was 38 when he returned to Borussia Dortmund in 2008, four years on from playing his part in the Invincibles season, but even then his personality alone meant he left a big hole when moving on.

Arsenal have enjoyed some high moments from the 14 goalkeepers named in Premier League matchday squads since then (Deyan Iliev, having only made cup squads, misses out), but none have had the combination of impact and lasting power as the German.

Nevertheless, some have done noticeably better (or less badly) than others…

Why did they sign him? A one-year loan from Fiorentina, during which time he played a grand total of (drumroll…) zero minutes. Not even a League Cup or European run-out.

We hope his bizarre decision to take the No.2 shirt after moving to Sampdoria was meant as a barbed comment to Arsene Wenger.

Currently out on loan at Alanyaspor, Runarsson has played 18 Premier League minutes since signing for Arsenal in 2020. Which is 18 more than Viviano. And he didn’t concede in those 18 minutes either.

But in his four Europa League appearances and one Carabao Cup game, it was pretty clear he wasn’t up to the required standard. Riyad Mahrez certainly wasn’t very impressed.

🗣 "I was surprised about the positioning of the keeper, he was so close to the post"

Riyad Mahrez on his free-kick goal against Rúnarsson pic.twitter.com/7HN1PW1Vrj

The second Italian on this list doesn’t fare much better than Viniano, despite him playing a whole 26 games for the club.

The longest-lasting memory of the keeper, who currently plays for Lorient, is the moment he temporarily forgot how his body worked during a Champions League defeat to Olympiakos.

Macey was an employee of Arsenal from 2014 until 2021, when he left for Hibs. He played two games for the Gunners, neither of which we can remember. Somehow, that counts as an improvement on Mannone and Runarsson.

Ryan just about makes the top 10, despite losing a few points for spelling his name with one tee.

After a solid spell Brighton, Graham Potter dropped Ryan and told him he could look for a new club. Slightly unexpectedly, Arsenal took him on a half-season loan as back-up for Bernd Leno.

It was pretty unremarkable – three games, two goals conceded, one clean sheet – other than the fact that he pretty much set up a goal for Eddie Nketiah with a header…

That’s right, Jens Lehmann’s return to Arsenal at the age of 41 counts as ‘post-Lehmann’ due to our flimsy grasp of language but firm grasp of linear time.

He played in the league, too, securing a 100% record in his second stint, and the mere idea of having Big Jens back in the squad was a boost to morale.

Fabianski has developed into one of the best goalkeepers in the Premier League, but he showed few signs of that during his time at Arsenal.

The Pole is best remembered for giving a stadium full of fans a collective coronary with some unconvincing goalkeeping during the 2014 FA Cup final which almost undid all the good work he did in the previous round’s penalty shoot-out.

Is it fair to say Almunia’s standing among Arsenal goalkeepers is higher than when he was actually at the club? Yes. Is this revisionism warranted? Also yes.

Almunia was never as good as Lehmann, and probably shouldn’t have played as much as he did when the German was around, but he was a competent goalkeeper who learned from his mistakes while still at the club. Within the context of this list, that’s no mean feat.

Look, the concept of “a good goalkeeper” is one you should have left at the door long before this moment. If you’ve got this far without realising that then we don’t really know what to tell you.

Did Ospina make a habit of sabotaging his own team’s efforts? Yes. Did he spend as much time behind his own goal-line as in front of it? Almost certainly. Did he cost his team-mate a chance of playing at the World Cup by touching an indirect free-kick into his own net? You better believe it.

However, with Ospina in goal, Arsenal picked up a surprising number of points per game – 2.17 per Premier League appearance, to be precise. I know, it does sound wrong, but it isn’t.

Going into the 2019-20 season having played a grand total of nine games for the club at the age of 26, Martinez would still have been lower mid-table on this list.

But then the Argentine stepped in for the injured Bernd Leno towards the end of the campaign and performed brilliantly, in particular in the FA Cup final win over Chelsea, after which he cried tears of joy and won the hearts of literally everybody.

He left pretty quickly afterwords when Mikel Arteta wouldn’t guarantee him a starting place, but he’s worthy of his place in the top four.

Petr Cech’s move from Chelsea to Arsenal was simultaneously treated as an absolute steal and a waste of money but somehow ended up being neither.

He has ended up being the 2010 World Cup of goalkeepers – high-profile, with plenty of hype, yet you can’t name more than two or three things that happened during his time at Arsenal, and one of those is music-related.

Largely unremarkable, and there’s every chance you’ll forget he was ever there when you try to name Arsenal keepers in one of our quizzes in 2029. By the standards of this list, that counts as ‘good’.

Curse Wenger’s obsession with trivial matters like ‘health’ and ‘professionalism’.

Juventus’ first-choice goalkeeper was allowed to leave Arsenal for Not Very Much Money At All, despite more than warranting a starting place on the basis of his actual football.

We’ll just leave you with this…

He’d be in the top three just for pulling off the ‘goalkeeper in short sleeves’ look, but he actually did really well at Arsenal, especially in the two seasons before that injury that allowed Martinez his chance.

Yes, he’s only been at the Emirates for one full season. But what a season it was. He not only pulled off some ridiculously good save, but endeared himself to Gunners with a generous helping of sensational shithousery.

Never mind that he’s been even better this year. Even if all he’d done at Arsenal was this advert for a chippy on the Holloway Road, we’d still have him top.

🐟 Home to the finest catches, on the other side of Holloway Rd.

READ NEXT: Ranking every Arsenal home kit of the Premier League era from worst to best