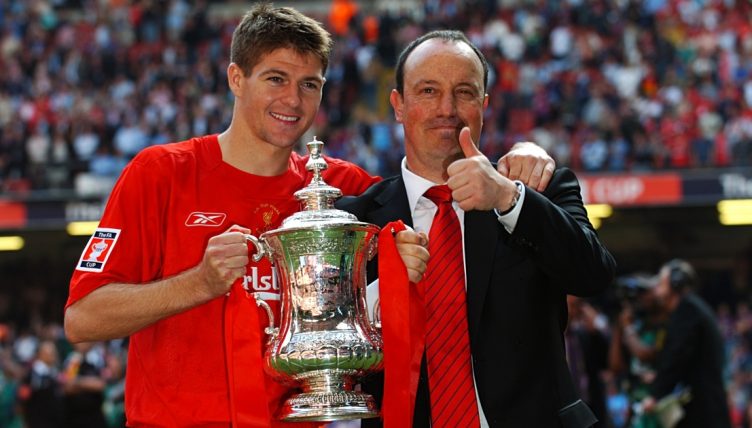 It seems a long time ago since the FA Cup final was the highlight of the season – and this list of 21st-century finals goes a long way to explaining why.

In the days when only a handful of live matches were broadcast, the Wembley showpiece event received blanket coverage and universal attention.

This is no longer the case – in truth, this list demonstrates that more often than not the big occasion turns out to be a damp squib – but we’ve still been treated to some good games and at least a couple of classics.

Here’s how we’ve ranked all 22 of the FA Cup finals of the 21st century, from worst to best.

The first final at the rebuilt Wembley was dire, made even worse because it was contested by the two best teams in the country.

Viewers had long since fallen to sleep before Didier Drogba (get used to his name) scored an extra-time winner and put us all out of our misery.

A match so bad they resolved to knock down the Twin Towers straight afterwards.

Pre-billionaire Chelsea edged past Aston Villa via a textbook David James error and Dennis Wise carried his child, who was somehow taller than him, around the field.

And that’s about all that happened.

It was definitely a novelty to see Millwall, English football’s most infamous pariahs, in the showpiece ocassion of the domestic season.

Sadly, they failed to offer much resistance against Manchester United who strolled to a scratch-of-the-arse-stretch-and-yawn 3-0 victory.

Cristiano Ronaldo scored the first goal. He’s scored more than a couple in high-profile matches since.

Did this happen? Did this actually happen?

Apparently, Chelsea beat Manchester United in 2018 through an Eden Hazard penalty and allowed Antonio Conte to get one over on ‘little man’ Jose Mourinho.

In other words, hardly a classic.

After being usurped as Premier League champions by United, Arsenal were determined to keep hold of the FA Cup. Which they did, through a Robert Pires winner under the roof at Cardiff.

Southampton were pretty limp and David Seaman lifted his final trophy as an Arsenal player.

Another FA Cup Final that won’t live long in the memory for the quality of the football.

But seeing Portsmouth and Cardiff City facing off at Wembley was more refreshing than a sip of Thatcher’s Gold in a warm beer garden.

Finals between two underdogs rarely get the pulses racing and Kanu’s first-half goal was just about enough to win the trophy for Pompey. 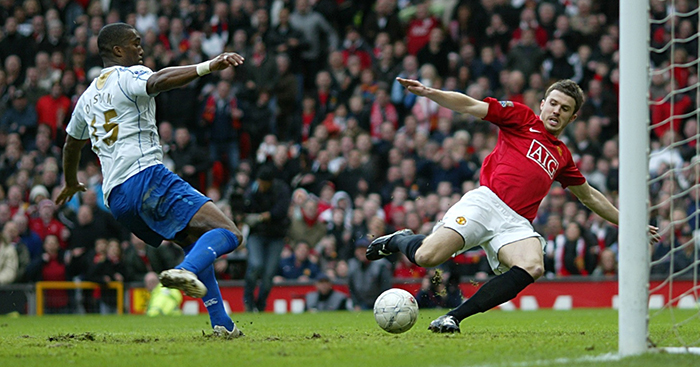 Stoke were a lot better than given credit for – their 5-0 spanking of Bolton in the semi-final will live long in the memory – and played some very good football at the end of the 2010-11 season.

But their display against Manchester City suggested the occasion had got the better of Tony Pulis and his players.

City hadn’t won a trophy in 35 years, but never looked in danger of cocking this one up. Yaya Toure ensured that banner at Old Trafford was consigned to history.

Tactics Tim could do nothing about a dazzling display from late-Wenger Arsenal.

It took Arsenal some time to get going, but Theo Walcott’s goal five minutes from half-time opened the floodgates.

Alexis Sanchez bashed one in from miles out, Per Mertesacker emphasised the difference in class and Olivier Giroud put the cherry on top of a very satisfactory cake.

Chelsea hoovered up silverware under Roman Abramovich but they only won one League & FA Cup double under his ownership.

After scoring an obscene number of goals on the way to the 2009-10 Premier League title, Drogba did his thing against relegated Portsmouth to ensure Chelsea achieved domestic bliss.

Despite being defeated, Portsmouth played with admirable spirit and made this a better final than it looked on paper beforehand.

Watching City dismantle Watford in 2019 made us feel very conflicted.

Yes, it was very impressive as City played some luxurious football. But the lack of jeopardy and relentless nature that Raheem Sterling and company pursued more goals made us feel slightly cold.

Less of this in the future, please. Cup finals are better when two teams ‘contest’ the honour.

But nothing will ever surpass the memory of Alan Pardew’s ‘dancing’. It still makes us feel queasy to this day.

“I regret the dance,” Pardew told FourFourTwo in 2021. “My daughter had said, ‘There’s this new dance’, and that must have been in my head!

“I should never have done it – people remember it, unfortunately – but it was a brilliant moment for Punch, and I’d felt for him.”

In many ways, this match marked the end of an era.

Both teams were smarting after being dominated by Jose Mourinho’s Chelsea during the 2004-05 season. The greatest Premier League rivalry of all was nearing its end, just months after Roy Keane took offence to Patrick Vieira in the Highbury tunnel.

United dominated in Cardiff, but Arsenal held on for a penalty shoot-out which they duly won. It was one of the biggest muggings ever seen on a football pitch.

No goals, but the tension definitely enhanced the spectacle.

Another match-winning performance from Drogba, another FA Cup triumph for Chelsea.

At least this match was significantly more entertaining than some of their previous victories. It had looked like a comfortable victory until Liverpool bought on Andy Carroll with the instruction to create havoc.

The Geordie thoroughbred scored and thought he’d plundered a dramatic equaliser. Sadly for him, Petr Cech made a miraculous save just before the whole ball crossed the line.

Louis Saha gave the 2009 decider an unexpected shot in the arm by scoring after just 25 seconds. Game on.

But Chelsea were managed by popular interim Guus Hiddink and recovered well. Drogba scored (obviously) before Frank Lampard hit a wonderful long-range winner to bring the Cup back to Stamford Bridge. 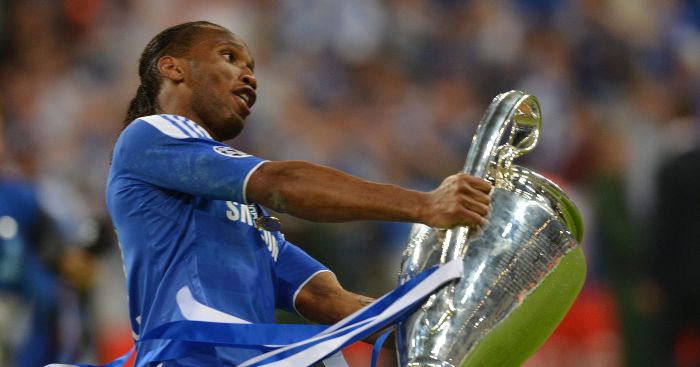 The battle of the over-promoted managers.

Played at an empty Wembley, Chelsea were warm favourites to beat an Arsenal side whose performances that season put them in danger of violating the Trade Descriptions Act.

But Pierre-Emerick Aubameyang had other ideas. Cynics will say he was playing for a new contract, but Aubameyang was inspirational during the August showpiece and his two goals salvaged a modicum of consolation from a disappointing season for Arsenal.

Above all, it was an enjoyably open game that was a damn sight better than your usual Cup Final offering.

This textbook slow-burner ignited when Youri Tielemans pinged home one of the best long-range goals ever seen at Wembley Stadium.

Kasper Schmeichel entered the annuals of FA Cup folklore with a sensational save from Mason Mount as Chelsea knocked on the Leicester door, while a late equaliser was ruled out for the most marginal of offsides.

Still, Chelsea have won the FA Cup plenty of times. Nobody really begrudged Leicester winning this one.

Arsenal didn’t feel a smidgen of guilt over their 2005 triumph, especially when considering what had happened four years before.

They absolutely battered Gerard Houllier’s Liverpool at the Millennium Stadium, but couldn’t find a way past Stephane Henchoz’s inspired goalkeeping.

Freddie Ljungberg eventually gave them the lead before peak Michael Owen poached a quick-fire brace to win the Cup for Liverpool. 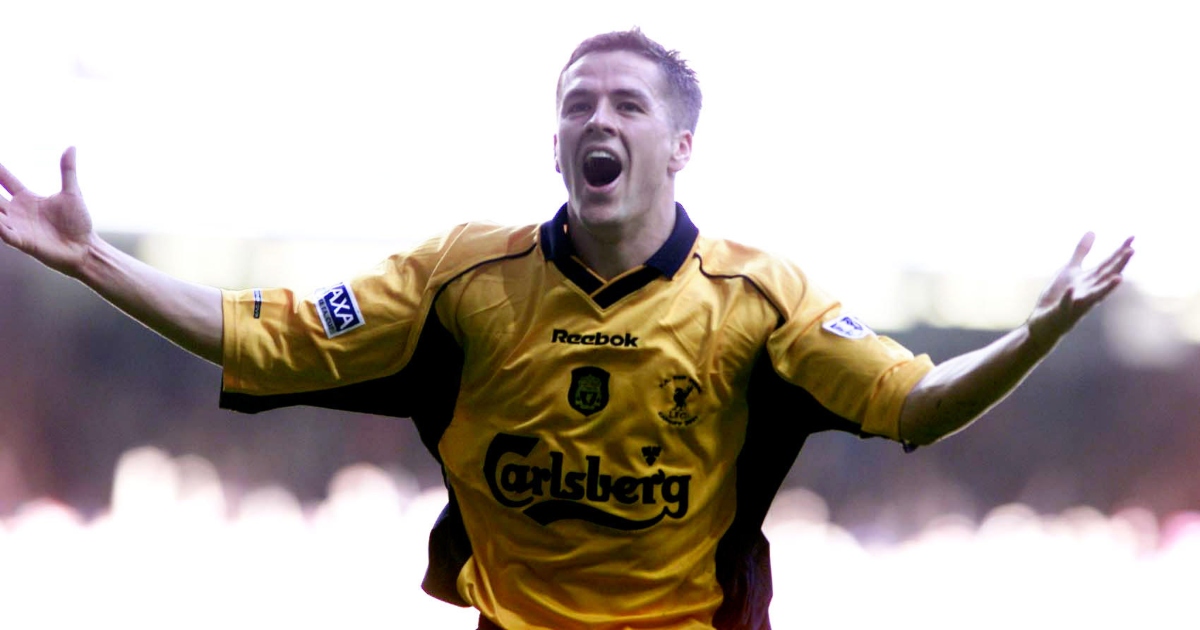 An upset to rank alongside Sunderland beating Leeds in 1973 or Wimbledon shocking Liverpool in ’88.

Roberto Mancini’s Latics went down that season. They’ve never been back, but their fans wouldn’t trade their victory over City for the world and why would they?

Ben Watson will never have to buy a drink in Wigan ever again.

Wigan beat Manchester City to a claim a famous victory in the FA Cup Final thanks to a late Ben Watson header!pic.twitter.com/h32k2Ng0UX

That rare ‘Big Six’ FA Cup final clash which turned out not to be a massive anticlimax.

Antonio Conte’s Chelsea were the best side in the country that season, as evidenced by their 93-point haul and Premier League title, but they couldn’t contend with latter-day Wenger’s Gunners who could still turn it on for the big matches.

Alexis Sanchez opened the scoring after just four minutes and, after huffing and puffing for over 70 minutes, Diego Costa eventually equalised late on – only for Aaron Ramsey to regain their lead a couple of minutes later.

Wenger should have retired there and then. It would have been the perfect send-off for the Frenchman, who won a record seven FA Cups.

Wenger got Arsenal into the Champions League for over 20 years running – you don’t know what you’ve got ’til it’s gone, eh? – but back in 2014, there was immense frustration among the fans about the club’s unprecedented eight-year trophy drought.

The Gunners faithful had to stomach Obafemi Martins’ last-minute winner in the 2011 League Cup final, and the 2014 FA Cup final looked set to be another classic bottle-job when Steve Bruce’s Hull took a two-goal lead inside 10 minutes.

A Santi Cazorla masterclass saw the Gunners get back into it, and the comeback was eventually capped off through Ramsey in extra-time. This was the first of four FA Cup victories in seven years for Arsenal.

Just a year after a 3-3 comeback penalty shootout victory in what’s widely regarded as the best Champions League final in history, they couldn’t do it again, could they?