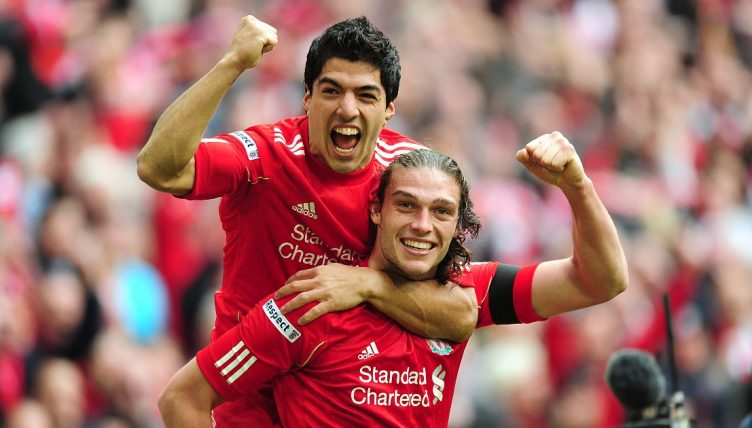 Fernando Torres was one of the best strikers in the world during his time at Liverpool – so he was always going to be difficult to replace.

The Spaniard joined Chelsea in 2011 after scoring 81 goals in 142 appearances for the Reds, and not many players have bettered that tally in the Premier League.

Here are the 15 out-and-out strikers (so no wide forwards, like Sadio Mane and Mohamed Salah) to have made their debut (sorry, Taiwo Awoniyi) for Liverpool since Torres’ departure, ranked by how well they fared.

But his development was halted by a serious knee injury, and he only ever made two-first team appearances for Liverpool before being released in 2016.

The Liverpool academy graduate made just three appearances for Liverpool and they all came in the Europa League.

Another product of the Liverpool academy, he scored one goal in five first-team appearances before joining Watford in 2016.

Aspas has had a brilliant career in Spain after leaving Liverpool, but his year in England will always be remembered for one moment…

Brewster was always tipped for a bright future at Liverpool, but injuries and bad fortune limited him to few opportunities.

After a successful spell on loan at Swansea, Liverpool cashed in the summer of 2020, with Sheffield United paying £23million for his signature. Nearly two years on, that looks a masterstroke.

Solanke was a prolific goalscorer at youth level and joined Liverpool at the expiration of his Chelsea contract in 2017.

The 22-year-old made 27 appearances for the Reds, with only six of those starts, and he scored one goal for the club.

Despite his struggles in front of goal, Liverpool still managed to make a £19million profit on Solanke when they sold him to Bournemouth in January 2019.

Liverpool splashed out £16million to land the controversial striker from AC Milan in the summer of 2014, as they looked to replace the outgoing Luis Suarez.

The gamble backfired as Balotelli could only score one Premier League goal for Liverpool and eventually left Anfield for Nice in 2016 on a free transfer.

“It (joining Liverpool) was the worst mistake of my life,” Balotelli told Canal Plus in 2016.

“Apart from the fans, who were fantastic with me, and some of the players who I really got on with, I didn’t like the club.” 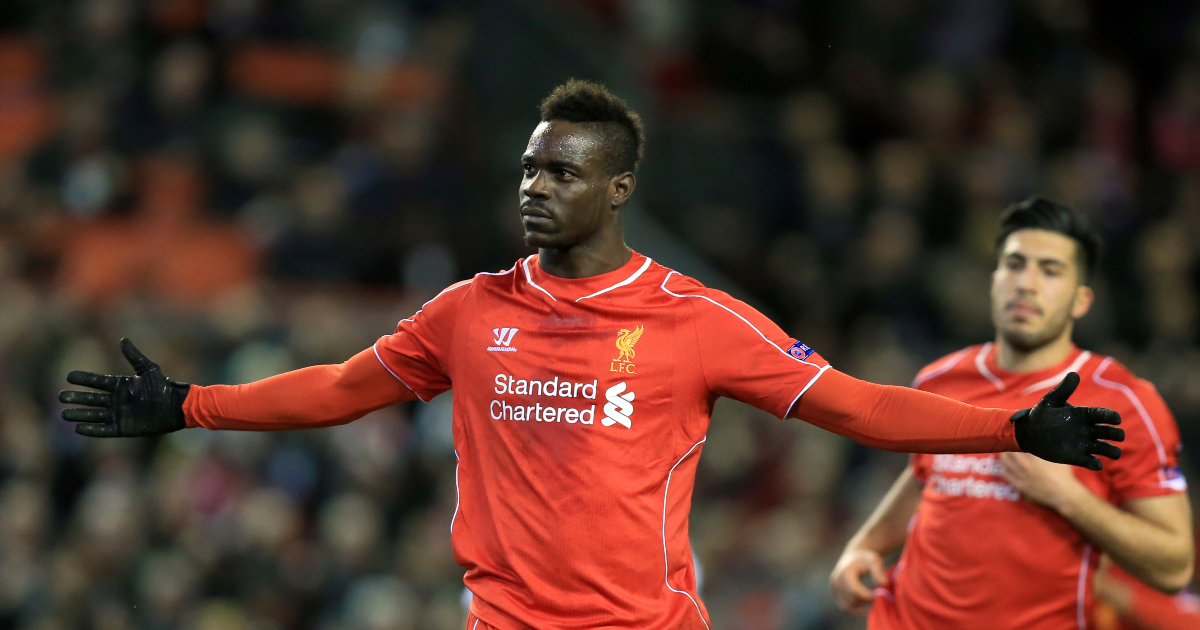 READ: ‘I want to slam him against a wall’: Mario Balotelli’s post-Man City career

Lambert was released by Liverpool as a 15-year-old but returned to his boyhood club 17 years later after establishing himself at Southampton.

The striker scored three goals in 36 appearances during his debut season at Anfield before being sold to West Brom in 2015.

Ings scored two goals in his first five league games for Liverpool after signing from Burnley in 2015, including the opener in the Merseyside derby.

But the striker snapped his cruciate ligaments during Klopp’s first training session as Liverpool boss and spent most of the next two years on the sidelines.

He returned to action in 2018 but was forced to settle for a bit-part role so moved to Southampton on loan before completing a permanent deal in 2019.

Benteke had developed into one of the best strikers in the Premier League at Aston Villa, and Brendan Rodgers spent £32.5million to bring him to Liverpool in 2015.

The Belgian scored a sensational overhead kick against Manchester United, but Jurgen Klopp’s arrival saw Benteke fall down the pecking order at Anfield.

After 10 goals in 42 appearances, the striker joined Crystal Palace in 2016 but has failed to regain his best form.

#OnThisDay in 2015, Christian Benteke scored one of the great meaningless goals in Liverpool’s 3-1 loss at Man Utd. #LFC pic.twitter.com/k6bgYhoafH

After Torres completed his move to Chelsea on deadline day in January 2011, Liverpool reacted by spending a club-record fee of £35million to sign Carroll from Newcastle United.

But Carroll did win the League Cup at Liverpool and endeared himself to the supporters by scoring a late winner in the FA Cup semi-final victory over Everton in 2012.

Morning, it’s eight years since this goal from Andy Carroll against Everton at Wembley in the FA Cup semi-final

Origi’s Liverpool career looked over disastrous loan spells at Lille and Wolfsburg, but the striker was given another chance by Klopp in 2018-19.

And the Belgian certainly proved his worth to the manager, scoring memorable goals against Everton, Barcelona and then against Tottenham in the 2019 Champions League final.

It’s impossible to argue that Origi makes Liverpool’s best XI, but he couldn’t have been more useful as a squad player over the years. 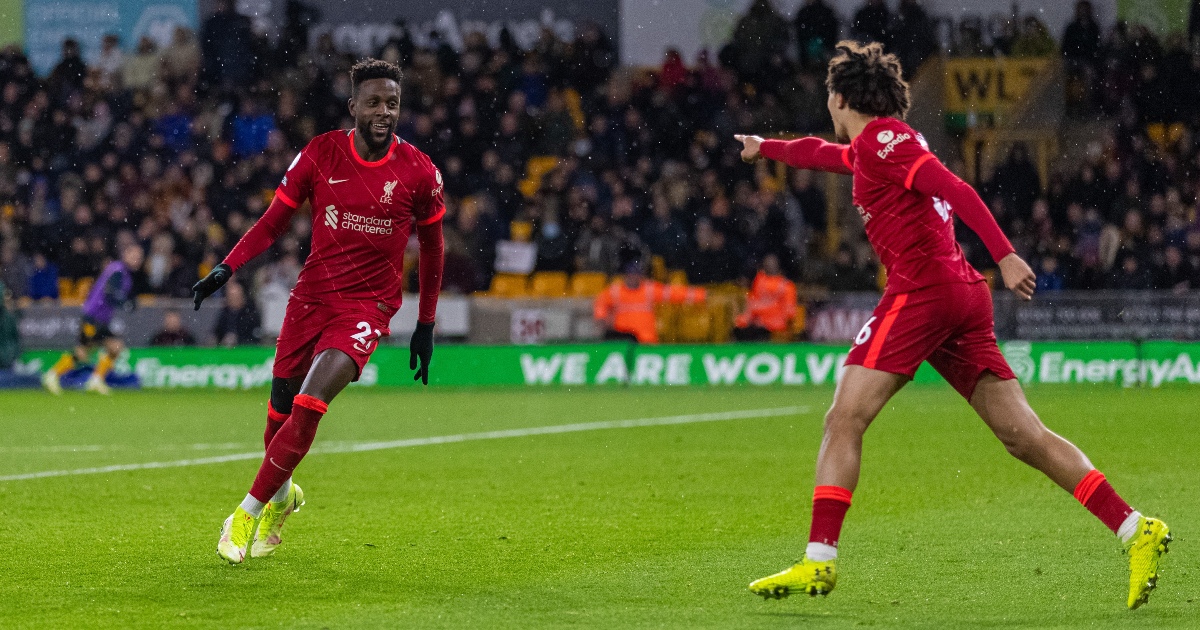 Sturridge arrived at Anfield from Chelsea in 2013 and scored 24 goals in his first full season at the club as Liverpool narrowly missed out on the league title.

However, that’s as good as it got for the striker, and he has been plagued by injury problems over the last few years.

After his contract expired at the end of the 2018-19 season, Sturridge left Liverpool with 67 goals in 160 appearances for the Reds.

Now this is where it gets difficult.

The striker perfectly complements the manager’s system, combining an eye for goal with classy creativity, outrageous skill and a remarkable work-rate.

Like Carroll, Suarez was signed on the same day that Torres left Liverpool. Unlike Carroll, the Uruguayan was able to fill the Spaniard’s boots.

After four goals in his first half-season, the striker became a fan favourite at Anfield and went on to score 78 goals for the club over the next three years.

Few, if any, players in Premier League history have matched the standards he set during the 2013-14 season.