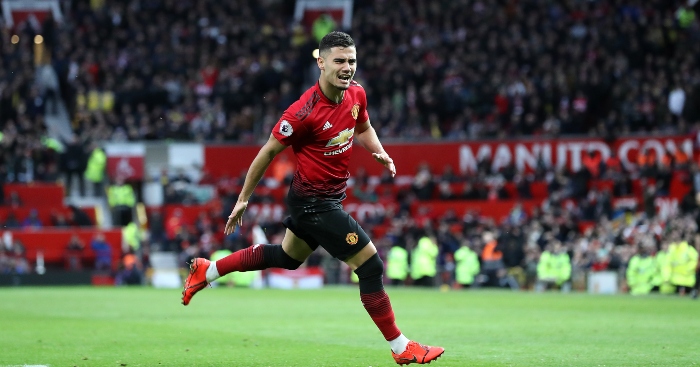 March is a time for important goals as much as great ones, but that’s not to say you can’t have both.

We’ve gone back through the last decade of March goal of the month winners from worst to best, to see which comes out on top.

A lovely counter-attacking goal, with Adam Lallana stealing the show with a delightful outside-of-the-boot pass, but was there really nothing better that March?

The long-range dipping shot, aka the most overrated genre of goal in existence. Well done, Wayne, you can kick the ball really far. It’s not even the best halfway line goal Wayne Rooney has scored in the Premier League against West Ham.

After Steven Gerrard’s near-instant red card it’s hard to recall anything else that happened in United’s final win over the Liverpool captain. But we must not ignore the acrobatic finish from Juan Mata which doubled United’s lead. A lovely goal in its own right, but we’re bumping it up the list for that smile on his face. Look how much it means to the little guy.

As good as this finish is, there’s something funny about watching Kane incorporate taking off a protective mask as part of his celebration. It just takes any element of tension or drama out of a momentous situation; this was a goal which briefly looked as though it would give Spurs a vital derby win and put them one win away from Leicester in the race for the title.

In removing the air of seriousness and robotic goalscoring, the mask quite literally slips.

This is basically an instructional video free-kick. A free-kick by numbers. At first glance it looks good, and then you see the angle behind Adam and realise it’s even more special than you first thought. If David Beckham scored this, you’d be… well, you’d mostly be confused that he’s taking free-kicks with his wrong foot. The goal is good, though. Watch the goal.

This one just looks so clean, like the kind of goal you’d script in a film rather than one which you’d see in a real game But maybe it’s too clean; too unchecked for it to deserve a higher placing.

That’s not to say it isn’t the best goal Pereira has ever scored or will ever score in the Premier League.

Give Andy Carroll 100 chances to put away that volley and he messes it up 99 times. He only hits the target about 10 times, and there are at least five occasions where he takes an air-shot.

How do we know this? We’ve seen Andy Carroll’s subtlety with his right foot, and this is magnificent for how unlikely it is as much as anything else.

On the day in question, this goal was overshadowed a little by Youssouf Mulumbu getting sent off for picking up the ball and launching it at Gary O’Neil.

This is essentially the exact same goal as Carroll’s, only from further out, which means (a) it’s weird that this happened with two separate March goal of the month winners, (b) we’re putting it one place higher for that slight difference and (c) it’s hard to think of anything else to write about it. Even the opponents are the same – you’re not giving us much to work with, Jamie.

Oh man, we really miss peak Torres. The kind of player who could ruin the lives of defenders at the drop of a hat.

Michael Turner was an accomplished Premier League centre-back, with Sunderland manager Steve Bruce touting him for an England call-up ahead of the World Cup in South Africa. That call-up never arrived, and some might say he never recovered from Torres forcing his entire body to contract in a haze of close-control.

And that’s before you get to the finish, the sort of strike which you only get from a player who believes himself to be unstoppable and, more crucially, is right.

At the end of the 2012-13 season, Tony Pulis left Stoke City. Some will say it happened because the Potters had just completed a second straight underwhelming season, finishing in the bottom half of the Premier League and scoring less than a goal a game.

The real reason, though, is that he had reached full Pulis, with Stoke scoring the most him goal possible. After the ball leaves Asmir Begovic’s boot, it doesn’t hit the ground again until Crouch has taken a dump on the idea of bodily physics and sent the ball into Joe Hart’s net without the Manchester City keeper able to do anything more than watch.