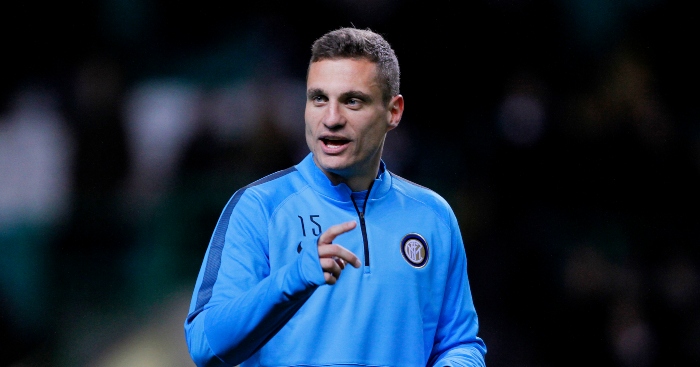 Internazionale have become the club for Premier League outcasts in 2019, but can Alexis Sánchez and Romelu Lukaku outshine some of the flops of years past?

The Serie A club have often turned to the English top flight, be it to give expensive outcasts a fresh start or to bring their former charges back home, but results have been mixed.

We’ve taken a look at the 14 players who joined Inter from Premier League sides since 1992, ranking them from worst to best.

A member of Chelsea’s notorious ‘loan army’, the Brazilian was sent to Italy almost immediately after arriving from Fluminense and learning he wouldn’t get a work permit for his first season.

He played a grand total of 39 league minutes for Inter, which is 39 more than he racked up for Chelsea before eventually leaving Stamford Bridge in 2019.

Portugal right-back Cédric moved to Inter on loan from Southampton after Ralph Hasenhüttl arrived on the south coast, with an option to make the deal permanent. The option was not exercised.

The Euro 2016 winner started just six games during his spell, half of those coming in the league. Inter are now back in the Champions League and Cédric is back playing second fiddle to Yan Valery.

Another full-back to add to the list, Vivas made a permanent move in 2001 after losing his starting place at Arsenal.

The Argentine found the emerging Ashley Cole in his way at Highbury but didn’t have any more luck in Milan, with Vratislav Greško and then Francesco Coco limiting his options.

Vivas started just five times in his two seasons before returning to Argentina.

Vidič in 2014 was not exactly Vidić in 2008, but this was still a disappointment.

The Serb arrived from Manchester United, presumably to guarantee he’d be in a different country to David Moyes for at least 12 months, but the man who brought him to Italy – Walter Mazzarri – only lasted until November.

A red card on debut was hardly the ideal start, and Vidić hung up his boots midway through his second season after failing to register a single minute of first-team action.

We barely remember Podolski’s arrival on loan from Arsenal, which should give you an idea of how dismal those below him on the list were.

The German notched one goal in his half-season at the San Siro, a winner against nine-man Udinese, and one assist. That was it.

Still, at least Inter were able to send him back at the end of the season.

Coventry to Inter is hardly a well-trodden path, and Keane didn’t do much to change that.

The Irishman never really got a fair crack of the whip in Serie A, with Christian Vieri and Álvaro Recoba among the players keeping him out of the team.

Keane did at least score a handful of goals before returning to England with Leeds United, converting in the Supercoppa Italiana, Coppa Italia and UEFA Cup.

Things started so well for Jovetić after his loan arrival from Manchester City, with the Montenegrin scoring winners against Atalanta and Carpi in his first two games.

After three in his first two games, though, he would only score four more all season, making Inter’s requirement to purchase the forward somewhat less appealing by the end of the campaign.

Jovetić didn’t even manage a start after joining permanently, with new manager Frank de Boer and then his replacement Stefano Pioli giving the striker just five substitute appearances between them.

Santon returned to Inter for a second spell in 2015 after a lengthy gap year in Newcastle, first on loan and then permanently, and he was neither especially good or bad after returning.

It wasn’t his fault that the club was a bit of a basket case at the time, with countless managerial changes and squad upheaval meaning a relatively unassuming full-back was never likely to be the catalyst for the right kind of change.

The Italian did at least make 50 league appearances before being shifted to Roma in 2018.

Had Osvaldo continued scoring at the rate he did while on loan at Inter from Southampton, he’d have had a fantastic later career. However, what a player does on the pitch is only part of the battle.

The Italy international scored five times in 12 Serie A games at a rate of one goal every 115 minutes, but reportedly had high-profile scraps with a number of players – most notably Mauro Icardi – before his season-long move was cut short in February 2015.

“I have no problem with Icardi. That was not the main reason I left Inter, but I am not going to reveal what it was.  But it certainly wasn’t because of Icardi,” Osvaldo said after joining Boca Juniors.

Medel joined from Cardiff City after the Bluebirds’ relegation from the Premier League in 2014 and enjoyed some of his best years as a Chile international while at Inter.

The South American won back-to-back Copa América finals in 2015 and 2016, while his toughness earned him a fair few fans in Milan across his 100+ games for Inter.

Medel scored just once for Inter, but it was a big goal, a 20-yard drive to earn a 1-0 victory over Roma in the second of his three seasons.

Verón only spent two years at Inter, but he used the time to help rebuild his reputation after a move to Chelsea didn’t go according to plan.

The Argentina midfielder didn’t hit the heights of his previous spell in Serie A with Parma and Lazio but was a core part of the squad which was awarded the 2005-06 Scudetto following Juventus’ demotion.

He enjoyed enough of a revival that in 2007, after moving back home to Estudiantes, he was able to bring an end to several years in the international wilderness.

The arrival of a Portsmouth midfielder doesn’t sound like the sort of thing that would help Inter take themselves back to the pinnacle of European football, but Muntari ended up being just what they needed.

Muntari played 97 times for the Nerazzurri, the bulk of those appearances coming in the 2008-09 and 2009-10 seasons as Inter won the Champions League under José Mourinho.

He featured less under Rafa Benitez, and his reputation among fans may be tinted by the several years he spent with rivals AC Milan, but Muntari’s impact in those first two years shouldn’t be underestimated.

One of the great what-ifs of English football in the 90s surrounds Paul Ince, and what might have happened if he’d stayed at Inter a little longer.

He might well have earned more than a solitary UEFA Cup runner-up medal (via a goal in the third round), while his son Tom might have been less likely to turn down an approach from the same club in 2014.

Ince did enough for Inter to offer him a new deal in 1997, but he turned the club down to move to Liverpool. Had he given those next two years to his Italian employers, rather than struggling to hoist up a Reds squad in transition, who knows what would have happened?

After an injury-hit 2002-03 season, Crespo had unfinished business at Inter. Luckily for them, the Argentine was looking for a move away from Chelsea for personal reasons just as they were on the lookout for a new goalscorer.

With Obafemi Martins leaving for Newcastle and Adriano beginning his decline, Crespo stepped up to partner Zlatan Ibrahimović in the 2006-07 season and beyond.

He scored 27 goals in 76 games during his second stint at Inter, the highlight coming in the form of a hat-trick against former employers Lazio en route to the 2006-07 title. Back-to-back league wins surely made the deal worthwhile.

What happened to Caio Ribeiro, the teen superstar who flopped at Inter?