Antony next: The 11 players Man Utd have signed from the Eredivisie 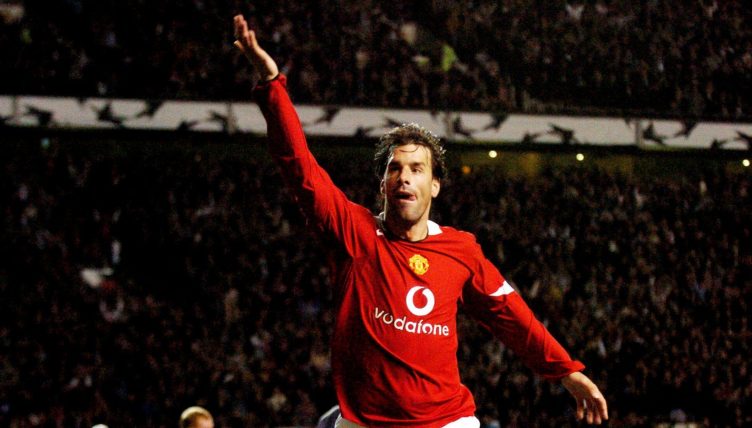 Manchester United have had mixed success with their imports from the Netherlands over the years; for every Jaap Stam, there’s been an Alexander Buttner.

It’s not like United are the only English club to occasionally be burned by signings from the Dutch top flight, and their hits probably justify the misses.

United hired Erik ten Hag in the summer of 2022, and he’s since brought in Tyrell Malacia from Feyenoord and Lisandro Martinez from Ajax.

And, in the dying days of the summer window, United are on the verge of signing Ajax and Brazil forward Antony for a fee of €100million.

We’ve looked at the 11 players United have previously signed from the Eredivisie in the Premier League era to see how they fared at Old Trafford.

United signed Van der Gouw from Vitesse Arnheim in 1996, with the goalkeeper acting as a reliable understudy to Peter Schmeichel for six years.

He only made 60 appearances for the club during that time but played his part in United’s success, both as a player and as a goalkeeping coach.

After joining United from PSV in 1998, Stam helped the club win three successive league titles and was a key player in the famous Treble of 1999.

But Sir Alex Ferguson felt the centre-back was on the wane, selling him to Lazio for a fee of £15.3million in 2001, only for Stam to continue for another six years while collecting further trophies at Milan and Ajax.

“When I think of disappointments, obviously Jaap Stam was always a disappointment to me, I made a bad decision there,” Ferguson later admitted in 2013.

Van Nistelrooy was the Eredivisie’s top scorer in back-to-back seasons between 1998 and 2000 as United agreed to pay £18.5million for his signature in a protracted transfer that was eventually completed in 2001.

Fortunately, he had no problem translating that impressive form to the Premier League and became one of the most prolific goalscorers in United’s history, scoring 150 goals in 219 appearances.

The former Netherlands international left Old Trafford under a cloud after falling out with Sir Alex Ferguson, but his scoring record speaks for itself. 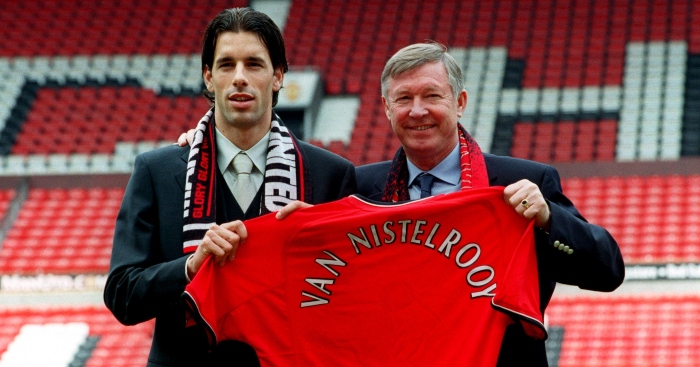 Park caught United’s attention with his impressive performances for PSV and completed a £4million move to Old Trafford in 2005.

The former South Korea international quickly became a cult hero among supporters for his tenacious style of play, which saw him regularly relied upon by Fergie.

“He was truly fantastic, particularly in big games,” Ferguson told the official Manchester United website in 2012. “I loved playing him in the big games. His record against Arsenal, for instance, was fantastic.

“The Milan games over there and at Old Trafford, when I asked Park to play directly against Pirlo, are memorable.

“He was selfless. He played for the team and whatever role you gave him, he would stick to that role. He was a really wonderful, disciplined, professional for us.”

Park made 203 appearances for the club, winning four Premier League titles and the Champions League, before departing for QPR in 2012.

After coming up through the PSV academy, Pereira joined United as a 16-year-old in 2012.

He spent two seasons on loan in La Liga at Granada and Valencia before establishing himself in the first team under Ole Gunnar Solskjaer, winning United’s Goal of the Season award in 2018-19.

But the Brazil international eventually became a much-maligned figure at Old Trafford and was shipped out on loan once again, spending time at Lazio and Flamengo.

Pereira left United on a permanent transfer in 2022, joining Fulham in a £10mllion deal.

United identified Buttner as Patrice Evra’s long-term replacement and signed the left-back from Vitesse Arnhem in a £4million deal in 2012.

Despite scoring on his debut, the Netherlands youth international failed to make the grade at Old Trafford and made just 13 Premier League appearances in two years.

Scored against Wigan And This guy, man what a player 😍 pic.twitter.com/NiycRkZATD

A former Ajax youth player, Fosu-Mensah joined United as a 16-year-old in 2014 and made his first-team breakthrough in 2015-16, making 10 appearances under Louis van Gaal.

The defender later had promising loan spells at Crystal Palace and Fulham before an anterior cruciate ligament injury stalled his progress.

He failed to establish himself in the side under Ole Gunnar Solskjaer and joined Bayer Leverkusen in a £1.75milliom deal in January 2021.

Blind joined United from Ajax on deadline day in the summer of 2014 when fellow Dutchman Louis van Gaal was in charge.

The Netherlands international was extremely useful as a utility player, playing in a number of different positions during his 141 appearances for the club.

He won the FA Cup, League Cup and Europa League at United but slipped down the pecking order under Jose Mourinho and eventually returned to Ajax in 2018.

Depay was heralded as the next big thing when he joined United for £25million from PSV in 2015, even inheriting the club’s famous No.7 shirt.

The winger provided a few brief flashes of quality but failed to establish himself as a regular player under either Van Gaal or Mourinho at Old Trafford.

After an unhappy 18 months at United, he joined Lyon for a fee in the region of £16million in January 2017.

United fought off competition from Chelsea to sign the highly-rated Feyenoord academy graduate in 2016.

But the 22-year-old winger has struggled to replicate that form in United’s first team, failing to score in 16 appearances in all competitions.

After spending the last two seasons on loan at Werder Bremen, Club Brugge and Birmingham City, he’s now been linked with a permanent return to Feyenoord.

Having starred for Ajax in the Eredivisie and the Champions League, expectations were high when Van de Beek completed a £36million move to United in 2020.

The Netherlands international came off the bench to score on his debut but hasn’t been given much of a chance to shine during his first two years at Old Trafford, starting just four Premier League games for the club.

He had an unproductive loan spell at Everton in the second half of 2021-22 but has now been reunited with former Ajax manager Erik ten Hag and will be hoping to rediscover his best form.