While Bruno Fernandes has been a revelation at Manchester United, they’ve had mixed success with their imports from Portugal over the years.

Several players have made the switch to Old Trafford from Portuguese football but for every Cristiano Ronaldo, there’s been a Bebe.

We’ve ranked the eight players United have signed from the Primeira Liga in the Premier League era from worst to best.

Sir Aex Ferguson famously signed Bebe in 2010 without ever watching him play and the manager wouldn’t make that mistake again.

Despite a promising start to his United career, the forward was clearly out of his depth and made just seven appearances for the club.

After three loan spells away from Old Trafford, he returned to Portugal and joined Benfica on a permanent deal in 2014.

“I never took Manchester United seriously. I thought, ‘I’m here, I’m doing well and I don’t have to try hard every day. It was my fault. I was messing around too much,” Bebe told Maisfutebol in 2013.

“It’s hard to play at Old Trafford. There’s a lot of pressure to perform at the same level as some of the best players in the world. I couldn’t get to Scholes’ level overnight, nobody could.” 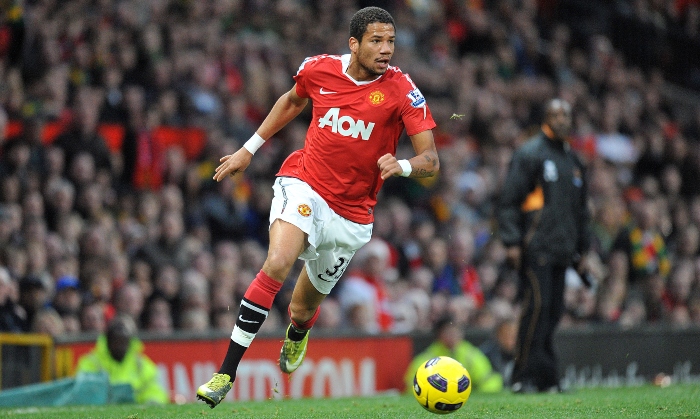 Dalot was regarded as one of the most promising young defenders in Europe when he joined United from Porto in 2018.

But the right-back has fallen behind Aaron Wan-Bissaka in the pecking order at Old Trafford, making just 20 Premier League appearances for the club.

Rojo was signed from Sporting Lisbon on the back of some impressive performances for Argentina in the 2014 World Cup.

His time at United has been plagued by injury problems and the centre-back failed to establish himself as a regular starter under Louis van Gaal, Jose Mourinho or Ole Gunnar Solskjaer.

The 30-year-old is still on the books at Old Trafford, but spent the second half of the 2019-20 season on loan at Estudiantes in his native Argentina.

Lindelof was brought to United by Mourinho in 2017 after impressing with Benfica, but the defender struggled for consistency during his first season in England.

The Sweden international turned things around at Old Trafford and has cemented himself as one of Solskjaer’s first-choice centre-backs, creating a strong defensive partnership with Harry Maguire.

“It’s been three good and very important years in my career,” Lindelof told Sky Sports in June 2020. “I’ve developed and learnt a lot so it’s been a great ride. I’m very happy to be here, so hopefully I can learn even more and become better.”

Anderson was tipped to be Paul Scholes’ long-term successor after joining United from Porto in 2007 and the midfielder won the prestigious Golden Boy award.

The Brazil international enjoyed a promising debut season at Old Trafford, but was subsequently blighted by injury problems and left the club in 2014.

He didn’t fulfil his potential, sure, but he still won four Premier League titles and the Champions League so it could be a lot worse.

Yes, Fernandes has only played a few games in a United shirt, but his impact has been nothing short of remarkable.

The midfielder joined United from Sporting Lisbon in January 2020 and registered eight goals and seven assists in his first 15 appearances in all competitions.

If he maintains that form over the next few seasons, he’ll be on his way up this ranking.

Nani came through the academy at Sporting Lisbon and followed in Cristiano Ronaldo’s footsteps by moving to United in a £17million deal in 2007.

The winger always seemed to be in the shadow of his compatriot, and he was heavily criticised for his lack of consistency.

But he still scored 40 goals – many of which were utterly spectacular – and provided 73 assists over the course of a trophy-laden eight-year career at United.

“I had great moments in Manchester,” Nani told the Manchester United podcast in May 2020. “I enjoyed so much my football there. I had some injuries in the middle and several moments that didn’t allow me to perform consistently for as long as I wanted.

“But I’m still very happy for everything I did in that club, all the fantastic players I played with, the coaches, all the staff I met in that great club.”

United signed Ronaldo from Sporting Lisbon for £12.2 million after the winger tormented John O’Shea in a pre-season friendly between the two sides in 2003.

He then developed into one of the best players in the world, scoring 118 goals in 292 appearances before completing his £80million move to Real Madrid in 2009.