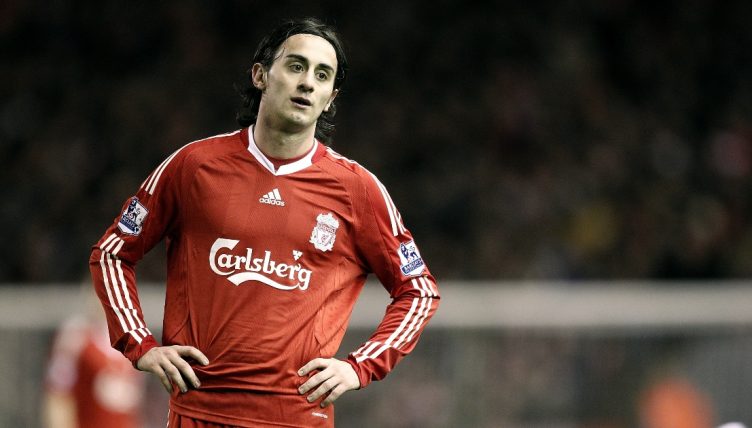 When we look back on Liverpool’s time in the Premier League in decades to come, it is safe to say that the Hicks and Gillett era is not one that will be fondly remembered.

American businessmen Tom Hicks and George Gillett took ownership of the Reds in February 2008 amid vocal protests from the fans. They did little to help their popularity either, breaking a promise that no debt would be placed against the club.

Their reign lasted just over two years, with the board voting 3-2 to sell to New England Sports Venture in October 2010. In that time they presided over three transfer windows that saw players of varying levels of quality arrive at the club. We’ve ranked all 10 of them from worst to best.

The Hungarian was initially signed on a season-long loan in 2007, winning a treble with the Reds reserve side, and was made a permanent fixture in the summer of 2008.

Despite being a regular on the bench for much of the 2009-09 season, he never played a first-team game and was sent out on loan to Hereford United, Tranmere Rovers and Hull City, but he’s done well for himself since, turning out for RB Leipzig.

Allison was not the first Brazilian to play in goal for Liverpool, although it is safe to say he will be remembered more fondly.

Cavalieri moved from Palmeiras in July 2008 for £3million and was handed the No.1 shirt, last worn by Jerzy Dudek. He made his debut against Crewe Alexandra in the League Cup and played 10 times in total, but never in the Premier League. He left for Cesena in 2010.

Degen undoubtedly had a hard time of it at Anfield.

The right-back signed from Borussia Dortmund and only made 13 appearances thanks to a string of injuries. First, he broke two ribs and punctured a lung after colliding with Sammi Hyypia. Then he broke his metatarsal following a clash with Tottenham’s Gareth Bale in his first match back after two months.

That same metatarsal was broken again in February during a reserve game. He made his Premier League debut 14 months after signing and saw red during his first start in the league for a nasty foul on Clint Dempsey not long after.

It was a signing that caused plenty of drama but ultimately ended up underwhelming.

After declaring a public interest in the striker, Tottenham reported Liverpool to the Premier League for interfering, with Daniel Levy claiming that Keane would not have moved had the Reds acted differently.

But the move went through, and for a considerable £19million fee. After seven goals in 28 appearances, he was back at White Hart Lane in the January transfer window, re-signing for £12million. He’ll always have that goal against Arsenal though.

Robbie Keane with an absolute rocket for Liverpool 🚀

One of Liverpool’s most famous flops.

Aquilani was signed for £17million from Roma in 2009 on a five-year deal. Believe it or not, he did actually have some good games for the club. He was named man of the match after scoring one and assisting another against Portsmouth in March and racked up a hat-trick of assists against Burnley shortly after.

However, after Rafa Benitez left the club, Roy Hodgson took over and had very little interest in the Italian, allowing him to return to Serie A to regain match fitness. He was sold to Fiorentina two years later for a little more than £500,000.

Riera arrived from Espanyol for £8million in the summer of 2008, scoring his first goal against Wigan in October.

His most famous strike came in a 5-0 thrashing against Aston Villa, brilliantly converting a long punt from Pepe Reina on the half volley. In 2010, he was suspended for criticising Benitez’s game management. Unsurprisingly, he left for Olympiacos in the summer.

What a whirlwind of a time the Greek centre-back had at Anfield.

After signing from AEK Athens in 2009, former Liverpool striker Stan Collymore suggested in the Daily Mirror that Kyrgiakos was keeping Benitez in a job with a string of good performances.

But a horrendous tackle on Marouane Fellaini in a Merseyside derby saw him sent off, showing that he was far from a flawless player. After 49 appearances and three goals, he signed for Wolfsburg in 2011.

He may have only made 31 appearances, but an exceptional week in which he humbled Manchester United and Real Madrid made him a cult hero at Anfield. 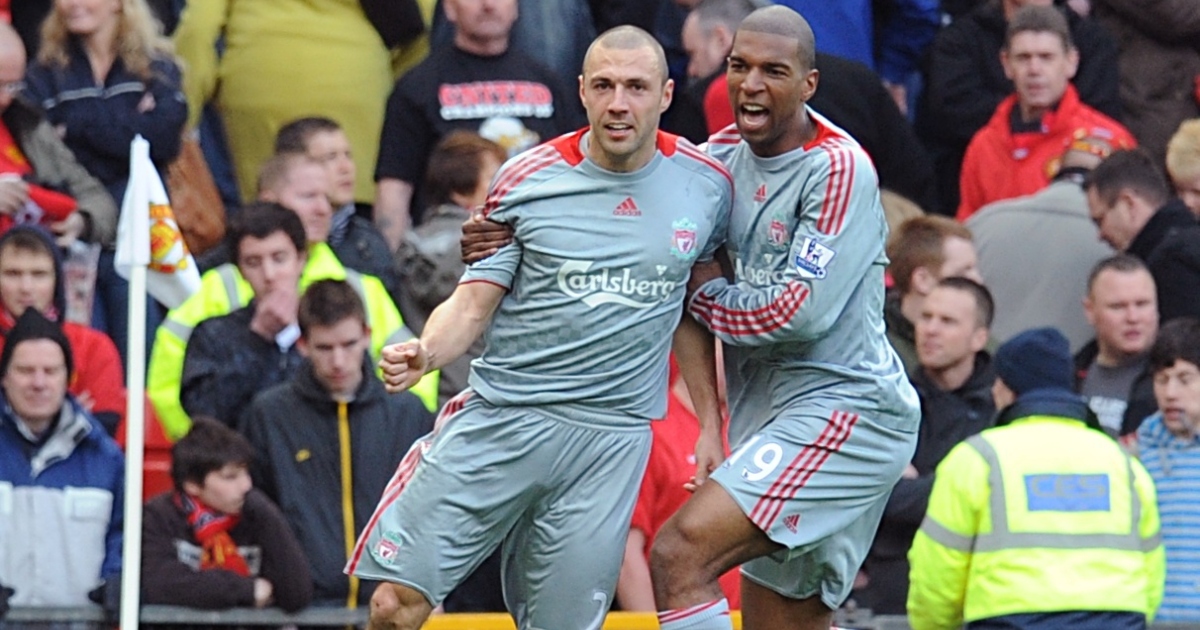 Ngog was a reliable servant for Liverpool across his three years with the club, even if he never became the main man.

He bagged an iconic 96th-minute goal against Manchester United to seal a 2-0 win at Anfield, one which caused Reina to run the length of the pitch to celebrate with the Frenchman.

Otherwise, it was in Europe he really shone, scoring eight goals in 23 games in the Champions League and Europa League. In total, he scored 19 times in 94 appearances before moving on to Bolton Wanderers in 2011.

Comfortably topping the list is the right-back that spent six years at Anfield.

Johnson was a menace going forward throughout his time with Liverpool but the fact he played such regular football under four different managers is testament to his professionalism at the back as well.

He scored his penalty in the 2012 League Cup final shoot-out to end the club’s six-year drought and played 30 times for the side that narrowly missed out on the title in 2013-14.