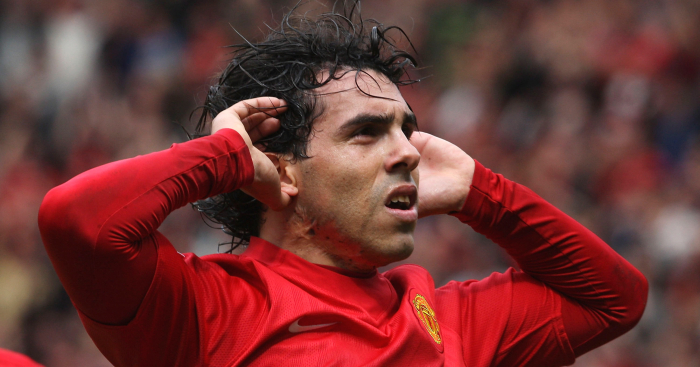 Manchester United and Manchester City boast some of the world’s best players. But what of the small group of footballers who turned out for both?

Since Manchester City’s takeover in 2008, the Manchester Derby has become one of the most exciting and closely-fought fixtures on the Premier League calendar.

Excitingly, it’s also becoming a hard fixture to predict. On each of the last six Manchester derbies in the Premier League, the home side has failed to win.

The fierceness of the rivalry means players rarely make the move from one side of Manchester to the other.

When they do, sparks tend to fly.

[Criteria: players must have played for at least one of the Manchester clubs during or after the 1992-93 season. Ranking based on cumulative impact for both clubs.]

Er, what? A legend for Newcastle and England, Peter Beardsley gets in on a technicality, having played a single League Cup fixture for United in the early 1980s and six First Division games for City in 1998.

Lancashire-born Mark Robins followed a similar pattern. A squad player for United between 1988 and 1992, Robins moved to Norwich for £800,000 on the brink of the inaugural Premier League season.

In 1999, at the age of 28, he played two games on loan at City, prompting surprisingly little outcry at Old Trafford. 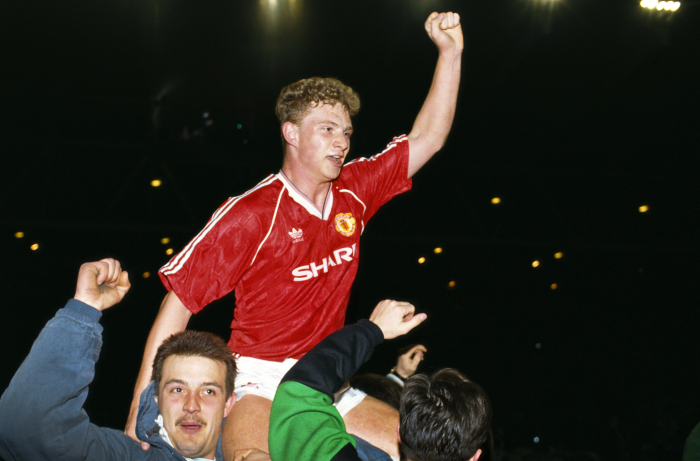 You can’t win anything with kids! At least, not kids like Terry Cooke, whom Manchester United loaned to their struggling cross-city rivals in 1999.

Cooke helped City achieve promotion from Division Two and was signed permanently that same summer. He stayed at Maine Road until 2002, but his time there was punctuated by several loan spells.

One of the most controversial players to have crossed the Manchester divide, Owen Hargreaves had one successful season with United, winning the Premier League and Champions League in 2007-08 and becoming — briefly — the club’s best defensive midfielder since Roy Keane.

But then his knees went.

Hargreaves made just four league appearances over three further seasons before making a surprising move to City on a free transfer.

The news was sprung upon City keeper Joe Hart during a press briefing.

“Is he? Wowsers!” Hart said. “Where’s that come from? Really? I don’t know what to make of that. That’s been put on my toes. Great, great.”

Hargreaves scored on his City debut in a League Cup match but ultimately failed to regain full fitness.

He left after one year and never played again.

Winger Andrei Kanchelskis was an important part of the United side that won the first ever Premier League season in 1992-93, alternating games on the right wing with youngster Lee Sharpe.

United won a league and cup double the following season.

When Kanchelskis was made available for transfer in 1995, Russian agent Grigory Essaoulenko reportedly tried to bribe (and then threaten) United in order to force through a move to Everton.

Sir Alex Ferguson wrote in his autobiography: “The angry exchanges came to a climax when [Essaoulenko] screamed at the chairman, ‘If you don’t transfer him now, you will not be around much longer.’”

Kanchelskis went on loan to City in 2001, scoring in an FA Cup tie against Liverpool.

In the summer of 2009, however, a contractual stand-off between Tevez, United and third-party owner MSI ultimately resulted in Tevez moving to Man City for £47million.

City cheekily put up a billboard of Tevez with the words “Welcome to Manchester”.

Although the striker scored 58 goals in 113 games for City, his success (and popularity) was limited. In his four seasons in blue, City won one title while former club United won two.

He ultimately departed England with critics at both clubs, having been placed on gardening leave in the 2011-12 season for refusing to come on as a substitute.

The third-highest goalscorer in Premier League history, Andy Cole might be one of England’s most underrated players.

Over a six-year spell at United, Cole won the Premier League five times, as well as two FA Cups and the Champions League.

In 2005, at the age of 33, Cole returned to Manchester to join City, where he scored nine Premier League goals.

He faced United at Old Trafford in January 2006, providing an assist to Darius Vassell as City ran out 3-1 winners.

His cartwheel in the 2-1 victory over Bayern Munich remains iconic.

Less iconic was his one-year spell with Man City during the 2002-03 season — a move that irritated former team-mate Gary Neville.

But 38-year-old Schmeichel could still deliver the goods: in 29 games, he kept nine clean sheets, helping City to a respectable ninth-place finish.

He also preserved another impressive record: he was never on the losing side in a Manchester Derby.

On November 2, 2002, United visited Maine Road — the last ever derby at City’s old ground — and struggled to find a way past their former stopper.