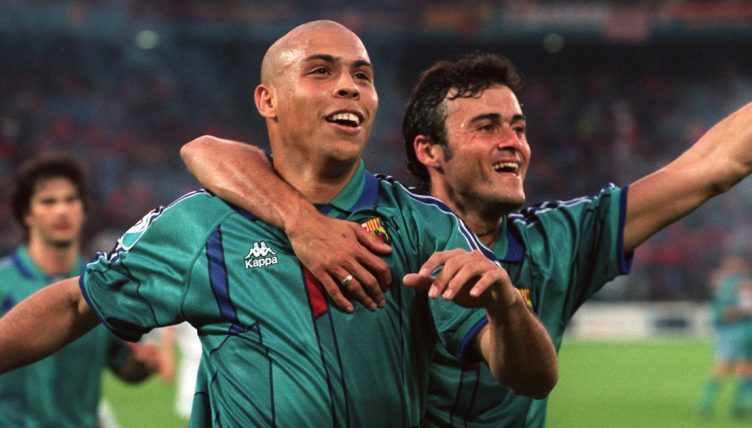 Real Madrid and Barcelona share one of the fiercest rivalries in world football – so it’s not surprising that not many players have played for both clubs.

Elite footballers from around the world have represented either Real or Barca down the years but it’s taken a brave man to cross the divide, remain professional and pull on the jersey of the arch-rivals of your former club.

We’ve taken the 12 players to represent both clubs since 1990 and ranked them from worst to best.

Better known for getting sacked on the eve of Spain’s 2018 World Cup campaign, Lopetegui played for both Real and Barca during the 1990s.

The current Wolves boss only managed one La Liga appearance for Madrid, a 3–3 away draw against Atletico Madrid after were already crowned league champions in 1991, but at least he made five times as many for their rivals.

A graduate of the Real Madrid academy, striker Alfonso made his first-team debut at 18 but failed to secure a regular starting spot and moved to Real Betis in 1995.

After a successful spell in Seville, and starring at Euro 2000, Alfonso signed for Barca but struggled to settle in the Catalan capital. Loan spells at Marseille and Betis followed before he made the permanent switch to his former club in 2002.

Brilliant player on his day but Prosniecki’s best spells came away from Spain.

He signed with Real Madrid in 1991 after a successful spell at Red Star Belgrade, and played in the Spanish capital for four inconsistent years.

He was loaned to Real Oviedo for the 1994-95 season, before permanently signing with rivals ​Barcelona in 1995. But injury problems disrupted his stay, which would only last one season before he moved on.

In all honesty, he was much better for First Division Portsmouth…

Another forward who graduated through the Real Madrid academy, Garcia failed to make an impact on the first team and departed in 1998.

He earned a move to Barcelona one year later after a successful season with Real Mallorca and initially made a positive impact, scoring in a Champions League win over Chelsea.

Unfortunately, Garcia was plagued by injuries and left the club at the end of the 2002-03 season.

He won silverware with both Real and Barca, producing flashes of quality along the way, but Hagi didn’t live up to expectations at either club.

The Romanian’s time at Madrid was deemed unsuccessful by some, which says more about the talent he possessed than his actual performances at the Bernabeu.

His two years in Barca were trophy-laden, but he struggled for regular game time under Cruyff who preferred the likes of Romario and Hristo Stoichkov over the mercurial playmaker.

Good for Barca – 70 goals in 168 appearances – but less so for Real, where Saviola spent two unsuccessful seasons in the mid-2000s.

Still, his name is the closest thing to a time machine for a certain generation of fans…

Left-back Soler had two spells with Barcelona, his first being more successful, before playing for Real Madrid.

He signed for Los Blancos in 1995, after an impressive stint with Sevilla, but left after just one season.

Eto’o signed with Real Madrid as a 16-year-old, but couldn’t quite break into the first team during his time there.

He joined Mallorca permanently in 2000, where he excelled and was snapped up by Barca four years later.

It was at the Camp Nou where Eto’o became one of the most feared strikers in world football, scoring 130 goals during a glittering five-year stay. 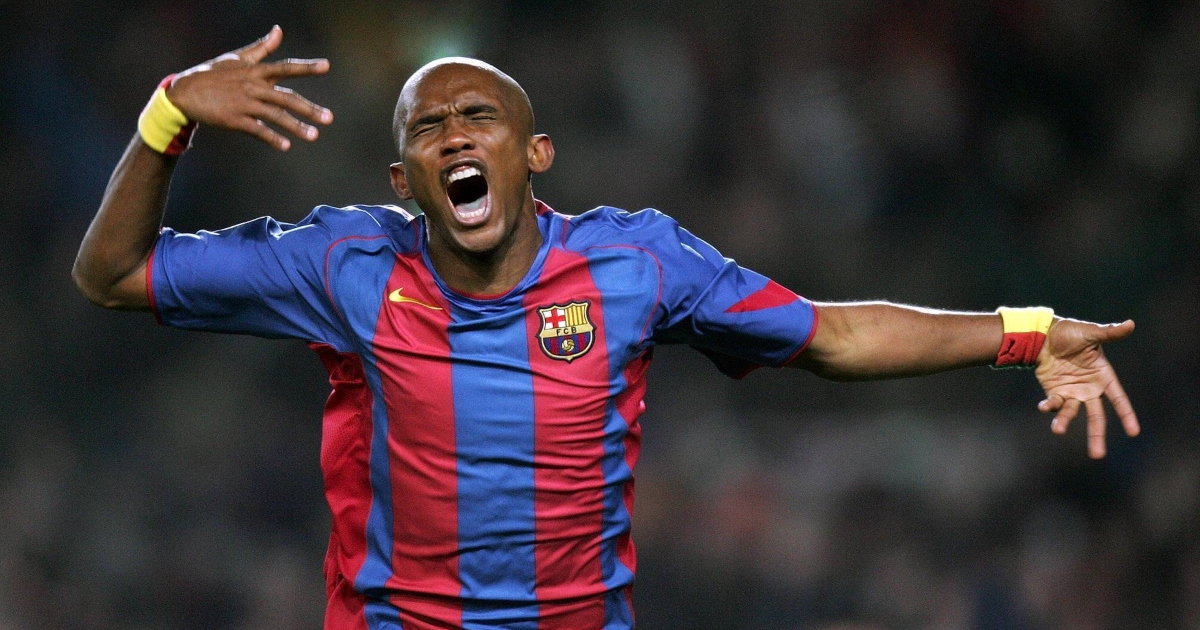 READ: Samuel Eto’o: One of the best, most underrated forwards of his time

You readily associate Enrique with Barcelona but it’s often forgotten that he played for Real too.

He signed for Los Blancos in 1991, but joined rivals Barca on a free transfer in the summer of 1996 after letting his contract run down – who later said that he rarely felt appreciated by the Real Madrid supporters and didn’t have good memories there.

Enrique spent the rest of his career at Barcelona, retiring in 2004.

One of the best players of his generation, Laudrup was a key part of the Barcelona ‘Dream Team’ which won four straight La Liga titles under Cruyff in the early nineties.

The legendary playmaker would win five Spanish league championships in a row – but the final one would come with Real Madrid after directly moving to the Bernabeu in 1994 following a falling out with Cruyff.

Laudrup would spend two years at Real before moving to Japan but, in a poll run by Marca in 2002, he was voted the club’s 12th greatest ever player.

In short, the best player Denmark has ever produced was impressive at both clubs.

It takes a true legend of the game to be loved by both Barca and Real fans but the Brazilian Ronaldo managed it with ease.

His sole season at the Camp Nou was special, scoring 47 goals in 49 games in all competitions and winning the 1996 FIFA World Player of the Year.

An injury-hit, but still brilliant, spell at Inter Milan followed before Ronaldo became the latest Galactico at Real Madrid in 2002.

He wasn’t quite the force of old, but Ronaldo still shone at Real – including that hat-trick against Manchester United.

READ NEXT: 9 players who did next to nothing at Real Madrid but shone after leaving