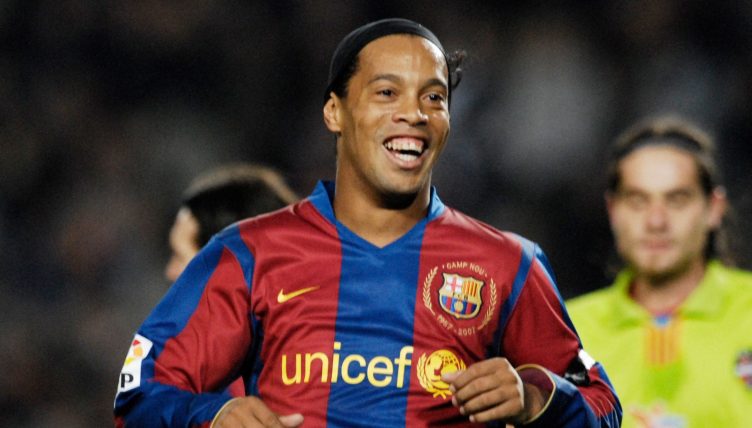 Ansu Fati is the latest player to be handed Barcelona’s iconic No.10 shirt, following in the footsteps of some legendary figures.

The La Masia academy clearly isn’t fazed by following some of the greatest footballers in history – including arguably the very best of them all, his immediate predecessor.

We’ve ranked the eight from worst to best.

A Real Betis academy graduate, Cuellar moved to the Nou Camp in 1995 and became the first Barcelona player to be officially assigned the No.10 shirt in La Liga.

But he endured a disastrous debut, suffering an anterior cruciate ligament injury that kept him on the sidelines for just under six months.

The forward scored two goals in 15 appearances in the second half of the season but then lost the No.10 shirt ahead of 1996-97. He spent a year with the No.11 before returning to Betis.

Having played under Van Gaal at Ajax, Litmanen linked up with the manager at Barcelona in the summer of 1999.

He never really recaptured the form he had shown in the Eredivisie and was also plagued by a series of injury problems at Barcelona.

The former Finland international lost the No.10 shirt at the end of his first season and then joined Liverpool on a free transfer in January 2001.

Once dubbed the ‘next Diego Maradona’, Riquelme followed in his footsteps by leaving Boca Juniors for Barcelona in 2002.

The former Argentina international arrived amid high expectations, only for Van Gaal to reveal the he had been forced upon him as a “political signing” before using the natural-born No.10 as a winger.

He struggled for consistency during his sole season at the Nou Camp and was deemed surplus to requirements following Ronaldinho’s arrival, joining Villarreal on a two-year loan deal.

Riquelme then rediscovered his best form with the Yellow Submarine and made the move permanent in 2005.

“Why didn’t Riquelme triumph at Barca? Because he had a dickhead like Van Gaal as his coach,” Hristo Stoichkov told Radio Impacto in 2020. “It’s clear, isn’t it?

“He did not succeed because of the way Van Gaal put him on the field. But even so, the first year in Barcelona he also enjoyed a lot.

“I enjoyed his goals, passes, plays, stepovers, but when one comes who wants to invent one thing from something else, it’s impossible.”

Not the midfielder who later played for Manchester City and Hull City, Giovanni was one of Bobby Robson’s first Barcelona signings in 1996.

The former Brazil international was initially overshadowed by compatriot Ronaldo but still produced some iconic moments, including three match-winners against Real Madrid.

Things turned sour, as it did for many over the years, once Van Gaal took over, and he left the club for Olympiacos in 1999.

“Van Gaal is the Hitler of the Brazilian players; he is arrogant, proud and has a problem,” Giovanni said in 2010. “My life with him was horrible, the Brazilians did not want him, he put me down and also fought with Rivaldo and Sonny Anderson. He always gave us the excuse that we were not training well.

“I know that he must have some trauma, he has no idea of football, does not know anything, in the time I was with him he always did the same training, his type is sick, he’s crazy.”

The 19-year-old has only actually made a handful of appearances since being handed the iconic No.10 shirt – his ongoing injury struggles have limited him to just 18 appearances in all competitions since the start of 2021-22.

But having burst onto the scene as Barcelona’s youngest-ever goalscorer, Fati continues to show he’s a seriously special talent when he does make it onto the pitch. He’s scored seven goals from those 18 appearances, averaging a goal every 97.4 minutes.

If he can put those injuries behind him, the sky’s the limit for the prodigiously talented teenager.

After wearing the No.11 shirt during his first three years at Barcelona, Rivaldo was then handed the prestigious No.10 following Litmanen’s departure in 2000.

The attacking midfielder then had his best season on an individual level, scoring 36 goals, including a stunning hat-trick against Valencia that helped Barcelona clinch Champions League qualification.

He spent one more season at the Nou Camp but was released from his contract a year early following Van Gaal’s return to the dugout in 2002.

After starring for Paris Saint-Germain, Ronaldinho rejected Manchester United and decided to sign for Barcelona in a £21million deal in 2003.

The Brazilian arrived at a club that had just finished sixth in La Liga and transformed their fortunes, winning two league titles and the Champions League over the following five years.

He entertained the fans with his skills and also developed into one of the best players in the world, winning the Ballon d’Or award in 2005.

But his infamous love of partying eventually took its toll and Pep Guardiola made the brave decision to sell the forward to AC Milan in 2008.

“Ronaldinho was responsible for the change in Barca,” Lionel Messi later said. “It was a bad time, and the change that came about with his arrival was amazing.

“In the first year, he didn’t win anything, but people fell in love with him. Then the trophies started coming and he made all those people happy. Barca should always be grateful for everything he did.” 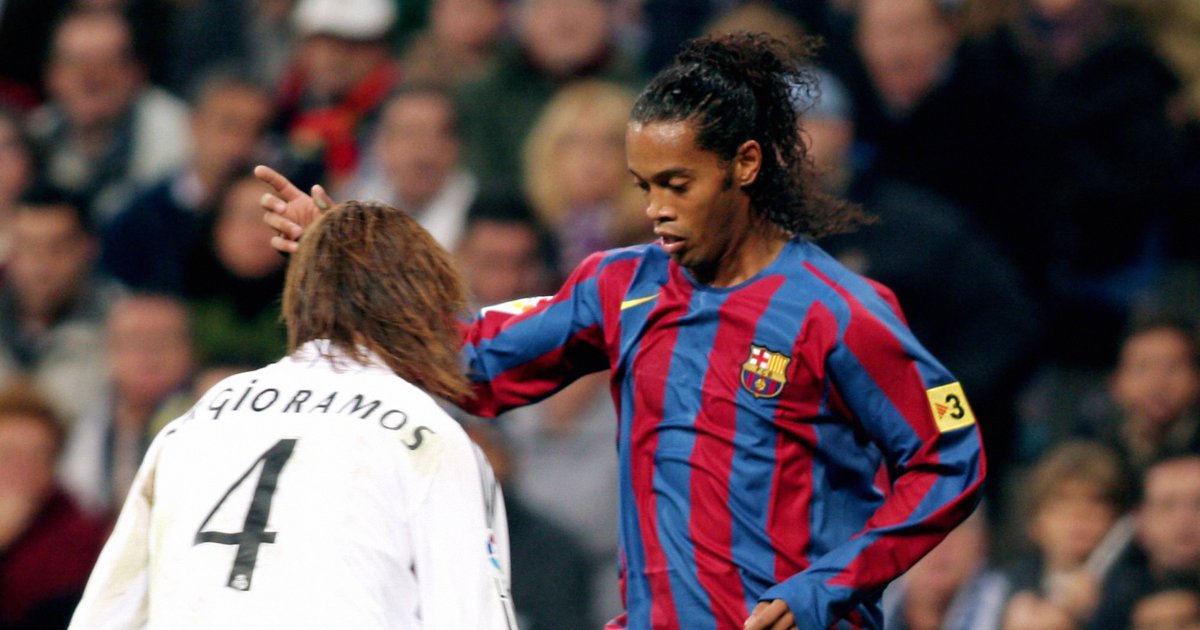 “Before leaving the club [Ronaldinho] was coming off a few months where he was thinking about things,” Messi told Barca TV in 2015.

“He had it in his mind that he was leaving and he told me to have his number. I took it without looking at what he had done with the shirt. If I did, I would not have taken it.”

READ MORE: The five players Barcelona signed alongside Ronaldinho & how they fared