Ranking every player to wear No.6 for Liverpool in the Premier League 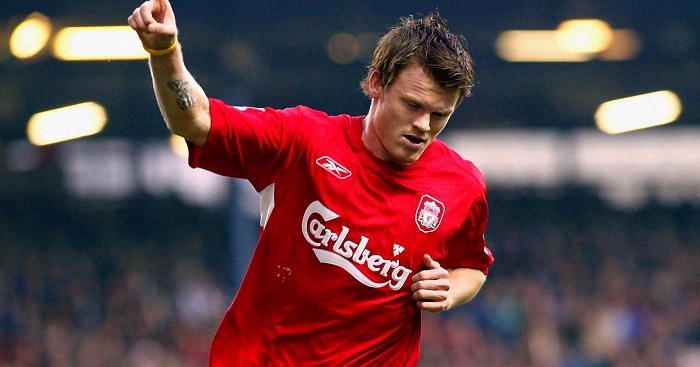 In June 2020, Liverpool finally won the league for the first time in 30 years. A quick look at their list of No.6s over the years gives a hint as to why the wait was so lengthy.

Having ended that wait, Jurgen Klopp has added the considerable talent of Thiago Alcantara to his squad for their title defence.

The Spanish midfielder, who treats every 10-yard pass with the care and precision of a mechanical engineer, was signed from Bayern Munich for a fee of £25million. This counts as a genuine bargain in an age where Manchester United were willing to pay double for the services of Sean Longstaff.

But who won that shirt before him, and where does Thiago rank among them? Here, we’ve ranked each player to wear Liverpool’s No.6 shirt in the Premier League era from worst to best.

Signed from Sevilla for £6.8million in the summer of 2013, the Spanish attacking midfielder made nine appearances during Brendan Rodgers’ doomed title challenge without ever threatening to find the net.

Was loaned to Malaga and Deportivo La Coruna before being offloaded to Lazio in 2016, marking the end of an error.

When speaking of his time at Anfield, Hutchison recalled how he ‘got on well with Graeme Souness and I think he quite liked my style of play because I got stuck in’. It must have seemed like centuries since fellow Scot Alan Hansen wore the No.6 jersey.

Sadly, Don tackled Liverpool’s night time establishment with the same vigour as his opponents and is best remembered by many for proudly displaying his crown jewels in a city-centre bar.

Scored 10 goals in the inaugural Premier League season before leaving for West Ham, which seems a more appropriate fit all round.

We’ve all seen the clip. You know the one. A despairing Babb, trying to prevent a Chelsea goal in 1998, sliding into the goalpost, one leg either side, and injuring his coccyx. Even writing this sentence about the incident elicits a wince.

That memory, destined to live forever in football compilation videos, has unarguably overshadowed the memories of Babb’s Liverpool career of 170 appearances and *checks notes* one goal.

An unremarkable player in an unremarkable era for the club, Babb served Liverpool well during his six-year spell, but injuries and inconsistencies meant his career was sadly unfulfilled.

Becoming the first Brazilian to sign for Liverpool after his arrival in 2006, Aurelio was a steady performer with moments of subtle class interspersed throughout his six-year spell at Anfield.

The most memorable example of this was scoring a delicious freekick in a 4-1 win at Manchester United in 2009, a match where many started to believe the club’s title drought was coming to an end. However, with the predictability of a snake killing an iguana, United still won the league that season and that victory became a bittersweet one.

Ultimately, injuries marred his time at Liverpool, but Aurelio was one of their most underrated signings during the Premier League era.

READ: Remembering Fabio Aurelio at Liverpool and his subtle touch of class

The decorated German arrived in the summer of 2000, the summer in which his national side suffered the ignominy of defeat by Kevin Keegan’s England.

Happily, Babbel had the class to recover from such humiliation. His calming presence in defence and attacking threat were a major upgrade on previous signings and formed an important role in Liverpool’s treble-winning 2000-01 season, as witnessed by his goal in the UEFA Cup final win over Alaves.

Sadly, Babbel contracted the debilitating and paralysing Guillan-Barre syndrome, leaving him wheelchair-bound for months and a shadow of his former self after recovery.

There’s every chance that Thiago rises to No.1 when we update this list in the future.

His signing in 2020 promised so much; one of the most cultured midfielders in the world and a key part of Bayern Munich’s treble-winning side of 2019-20, Thiago looked like he was arriving to further strengthen Jurgen Klopp’s all-conquering reigning Premier League champions.

Unfortunately, through no fault of his own, his debut season on Merseyside turned into something of a nightmare. Thiago was one of several key figures thwarted by injury, while Liverpool went trophyless and had to fight tooth and nail to even finish in the top four.

But when he was fit, he showed some exciting flashes of quality. Year two has looked much more promising – he’s been available much more often, demonstrating that supreme technicality ability, while Liverpool are pretty much unstoppable when him and Fabinho line up together in midfield. 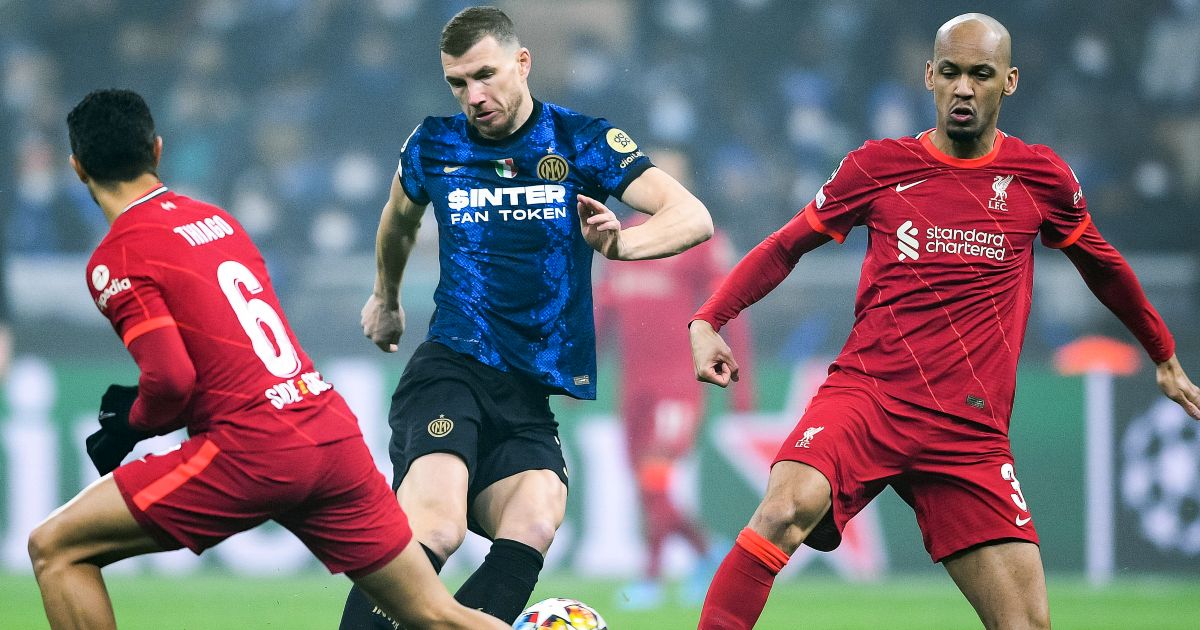 Signed after what must have been an extremely misleading PowerPoint presentation from Rodgers, Lovren quickly became a byword for hapless defending during his initial years on Merseyside. This was a player who was once substituted after half an hour of ineptitude against Tottenham, a club that has continually redefined the word.

But, while never truly inspiring confidence, Lovren stuck around long enough to win the grudging respect of Liverpool’s fanbase. The Croat also scored the winner in their sensational comeback win over Borussia Dortmund in 2016, providing Liverpool with one of their mythical European nights.

Leaving for Zenit after the 2020 title win, his departure mourned by fans of slapstick comedy. The reaction of Liverpool fans was rather more subdued, but despite all the jibes, he was a very good signing on the whole and, given what he won for the club, can feel unfortunate not to be No.1 on the list.

Something of a cult figure at Liverpool, we went for Riise over Lovren.

SIgned in 2001, the flame-haired Norwegian quickly endeared himself to Liverpool fans with a committed attitude and his definitive foot like a traction engine. One effort, against hated rivals Manchester United, was clocked at 70mph as it travelled past Fabian Barthez.

Riise’s defensive inconsistencies meant he was sometimes utilised in midfield rather than his normal full-back position. However, his dedication to hitting the ball as hard as humanly possible made him extremely relatable to the frustrated Sunday League footballer inside all of us.

His status was untroubled by his penalty miss in Istanbul and a last-minute own goal in 2008 Champions League semi-final against Chelsea, a sign that love is truly forgiving.

READ: A tribute to John Arne Riise and his ability to hit the ball very bloody hard