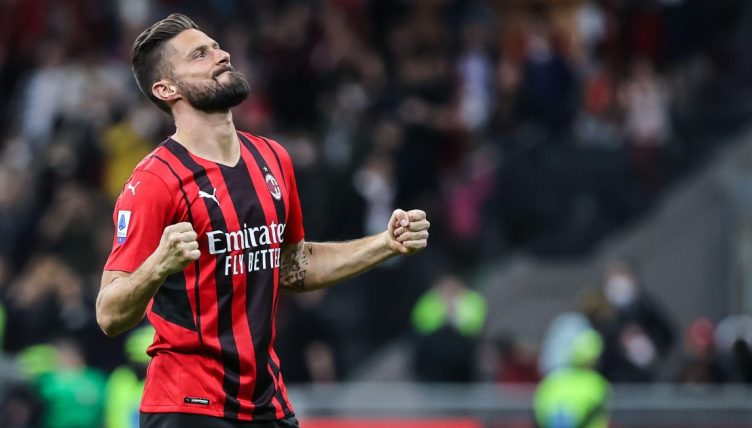 There’s a fine line between bravery and stupidity, and Olivier Giroud is now walking that particular tightrope by adopting the cursed No.9 shirt after joining AC Milan last summer.

Twelve players have worn the shirt since 2000. In many ways, it has been a poisoned chalice, with only one player wearing it for more than a single season but Giroud is making a pretty good fist of things in Milan.

But is he the best wearer of the No.9 shirt? We’ve ranked all 12 players from worst to best.

Having been deemed surplus to requirements by Milan in 2007, Matri returned to his boyhood club in an €11million deal six years later following spells at Cagliari and Juventus.

He scored once in 18 appearances in all competitions before being sent out on a series of loan moves. Weirdly, that included a brief spell back at Juve, in which he scored an extra-time winner in the 2015 Coppa Italia final. Italian football is strange.

After struggling at Chelsea, El Nino joined Milan on a two-year loan in 2014 but failed to rediscover his best form at the San Siro.

The former Spain international managed one goal in seven Serie A starts before heading back to boyhood club Atletico Madrid in January 2015.

“The situation was so – I went with an expectation and with an idea which, later, was not met,” Torres told AS in 2015.

“I went to Italy to play, to be an important player, and at no point did I feel like it. I was in and out of the team, I played on one day, yes, and on another, no. This is not what I had spoken of from the beginning.

“My dealings with the club were excellent and I don’t have anything to reproach. But when you see it’s not going to get better, nor change the situation you have, you are uncomfortable.” 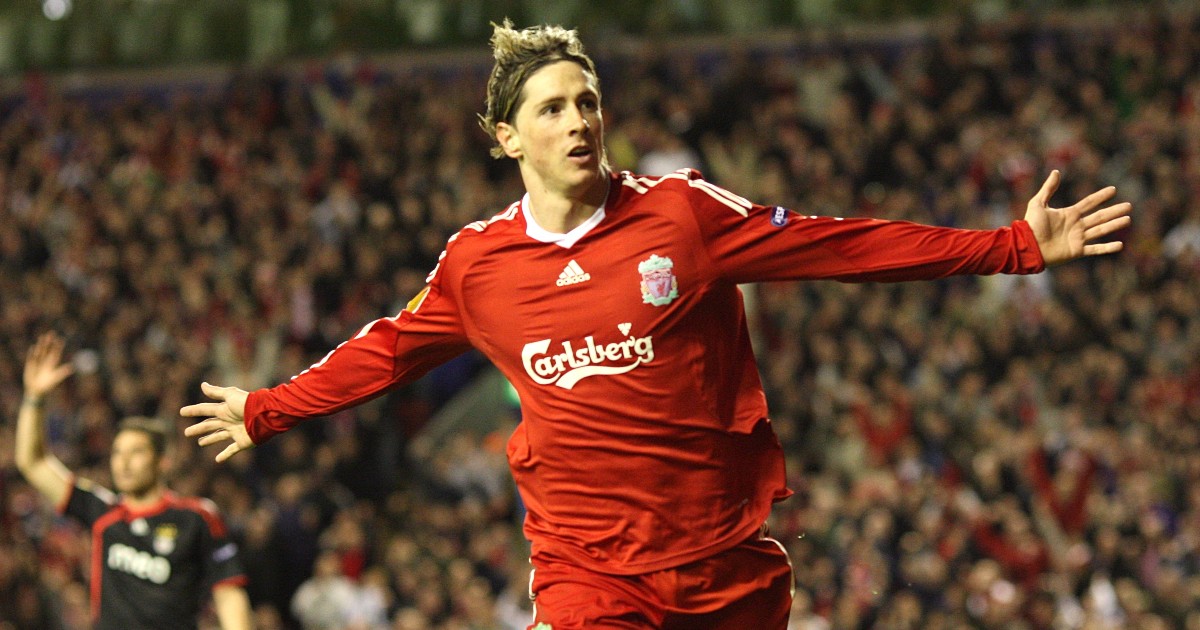 Despite being linked with moves to Arsenal, Tottenham and Chelsea, Destro decided to join Milan on a six-month loan deal in January 2015.

He scored three goals in 15 appearances in all competitions before Milan unsurprisingly decided against making the loan permanent at the end of the season.

Adriano joined Milan from Shakhtar Donetsk in 2015 but never recaptured the form he had shown in Ukraine, scoring six goals in 29 appearances in his debut season.

The Brazil international swapped to the No.7 shirt ahead of 2016-17, but that failed to inspire an upturn in form; he failed to score in seven appearances before joining Spartak Moscow on a free transfer in January 2017.

A former Golden Boy winner, Pato was regarded as the next big thing and shone in Milan’s No.7 shirt until injuries began to take their toll and derail his promising career.

The striker was still given the No.9 following Filippo Inzaghi’s retirement in 2012 but registered just two goals in seven games.

After winning the Bidone d’Oro award for worst Serie A player in 2012, he returned to his native Brazil with Corinthians in January 2013. 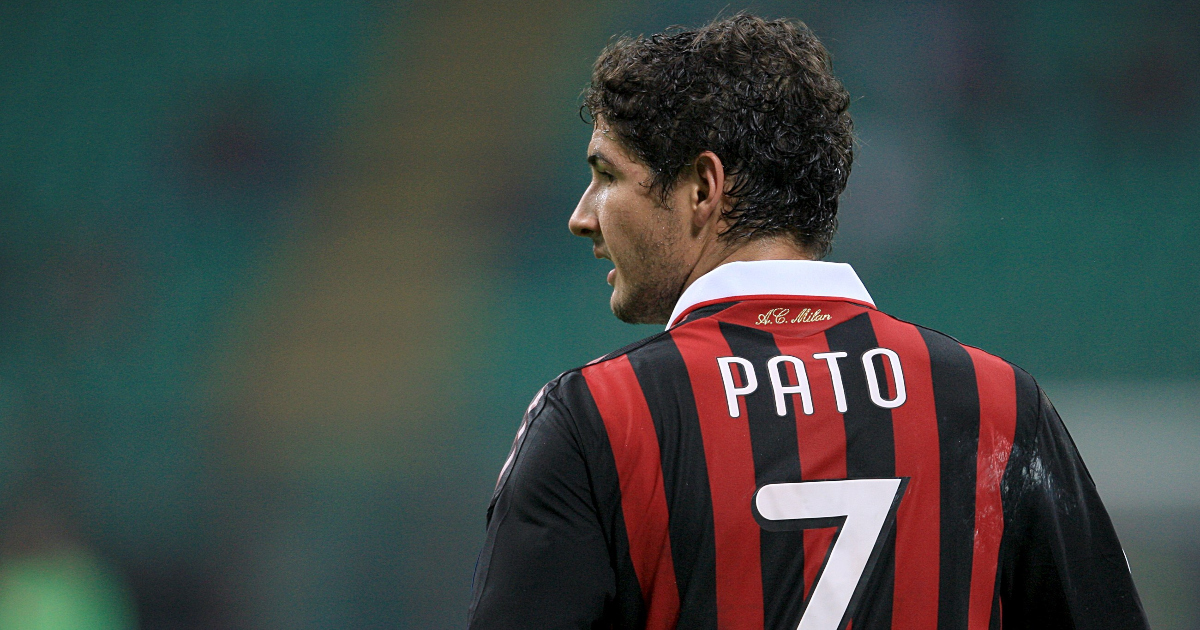 After helping Italy win the European Under-21 Championship in 2000 alongside Andrea Pirlo and Gennaro Gattuso, Comandini left Vicenza to join Milan.

The striker struggled with injury problems and failed to usurp Andriy Shevchenko, making 18 appearances in all competitions before being sold to Atalanta in 2001.

But two of his three goals for the club came in the famous 6-0 win over city rivals Inter, ensuring his cult hero status among Milan fans.

With investment from Chinese owners, Milan won the race for Silva’s signature after agreeing on a fee of £33.5million with Porto in 2017.

He’s since rediscovered his best form in Germany, and Milan may live to regret letting him leave.

Piatek wore the No.19 shirt during his first six months at Milan and hit the ground running, becoming the fastest player to score six goals for the club.

The Poland international then switched to the No.9 shirt ahead of the 2019-20 season and things immediately started to go downhill.

He scored five goals in 20 appearances in all competitions before completing a £23.5million move to Bundesliga side Hertha Berlin in January 2020.

Despite having an impressive goalscoring record at Real Madrid, Napoli and Juventus, Higuain failed to hit the same heights at Milan.

He joined the Rossoneri on loan from Juventus in 2018 and scored seven goals in his first 10 games but only found the net once in his final 12 appearances.

The striker also missed a penalty and was sent off during a 2-0 defeat against his parent club – he still had a better night than our editor, who paid €100 for a ticket outside the San Siro only for it to turn out to be a fake.

After spending his entire career in the Italian lower leagues, Lapadula sealed a dream move to Milan in 2016 at the age of 26

The striker only had one season at the club but scored eight goals in 29 appearances in all competitions, which in the confines of this list is actually pretty good.

“I am not superstitious and I don’t believe in curses. Wearing that shirt is a big burden for everyone,” Lapadula said in March 2020.

“I don’t believe in rumours and personally – net of some injuries – I had a good average goal in relation to the minutes played.

“After 30 goals at Pescara, Napoli, Lazio and Genoa were looking at me, but one day Milan came and closed the operation in 24 hours. There was no need to convince me.

“The day before I was to sign with Genoa, Berlusconi called and I chose Milan. I was the happiest man in the world. I couldn’t say no to the Rossoneri.

“Milan for me was the crowning achievement of a dream and a very long climb from below. It was great to play at San Siro, the fans have always supported me. I had a special relationship with the Rossoneri fans.”

Giroud has continued in a similar vein to his contribution at Arsenal and Chelsea; not always prolific but with the happy knack of scoring important goals.

The World Cup winner has scored crucial winners at Napoli and Lazio as Milan chase their first Serie A title since 2011 – and Giroud has remained humble despite his growing status in the capital of Lombardy.

“If I don’t score and someone else does, that’s fine with me,” he said after the Lazio victory in April 2022. “I just want Milan to win and I hope that this end of season is beautiful for the fans, we want to live a unique story.”

No wonder everyone loves him.

There was only ever going to be one winner here.

Inzaghi scored 126 goals in 300 appearances during his 11 years at Milan, winning two Serie A titles, a Coppa Italia and two Champions Leagues.

In the words of Sempre Milan editor Oli Fisher: “There’s Pippo, then there’s 50 feet of sh*te, then there’s the rest on that list.”