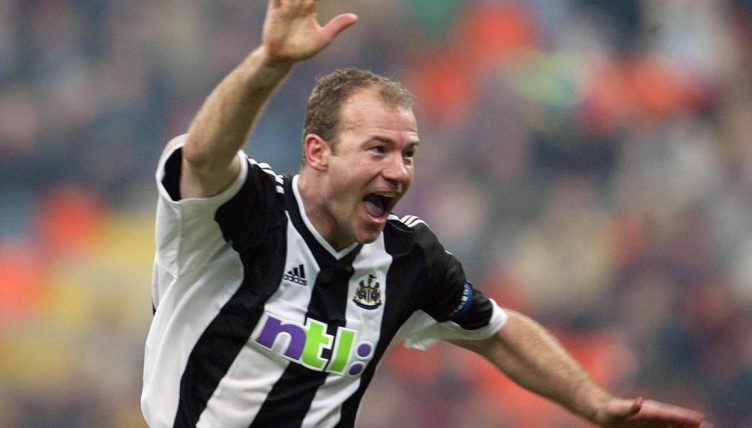 The No.9 at Newcastle is one of football’s most iconic shirts, sacred to the fans who watch the club and precious to the few players who have been fortunate enough to wear it.

Bestowed that status by greats like Jackie Milburn, Hughie Gallacher and Malcolm Macdonald, the number’s importance has carried on into the present day.

When it’s latest incumbent Callum Wilson was handed the No.9 at the start of the 2021-22 season, he said: “You’re playing for the badge on the front ultimately but you’re wearing a special number on the back and it’s just about doing it justice, playing well and helping the team.”

Not every incumbent has managed to do that, however. For some, the burden has been too much to handle.

We’ve ranked every Newcastle player to have pulled on the No.9 shirt in the Premier League era from worst to best.

‘Big Jow’, as Steve Bruce called him, took to the Premier League like Bambi to an ice rink since his move in 2019. And in his two seasons wearing the famous No.9, he managed six goals in 69 games.

He wasn’t ever deployed as a lone centre-forward at his previous clubs, so expecting him to excel as the isolated front man in a Steve Bruce side was a bit bloody unfair.

Still, his performances were poor, and he was surely glad to have handed the shirt over to Wilson. In fact, getting rid of the No.9 seemed to be a weight off his back – he’s been nothing short of sensational playing as a midfielder under Eddie Howe. Should’ve worn No.7 all along.

Number nine on a list of Newcastle No.9s has a quite nice ring to it. Or at least it does until you realise you’re only above couldn’t-hit-a-barn-door-with-a-banjo-era Joelinton.

Gayle is not a bad player. Far from it. In 2016-17, he hit 23 goals as the Magpies got promoted from the Championship. But he’s never quite been able to make the step up to the Premier League and has been repeatedly overlooked by Rafa Benitez, Bruce and Howe.

The footballer equivalent of Norwich City, which is to say he probably should be playing his football in the Championship.

The 2021-22 campaign was another frustrating, injury-hit campaign for Wilson, but he scored a more than respectable eight goals in 18 appearances wearing the famous black and white No.9 shirt.

The striker doesn’t at all appear cowed by wearing it on his back. In fact, he embraces it. From the evidence of his performances in the Magpies’ late-season victories over Newcastle and Burnley, he’ll be a hell of an asset to Howe if he can stay fit for a full season.

We’re still watching this back and wondering why the gods of football denied us an all-time great goal.

Callum Wilson nearly scored one of the goal of the season #NUFC pic.twitter.com/Pjmft3e4Fh

Carroll only wore the Newcastle No.9 for half a season in the English top-flight, but what a half-season it was.

The big Geordie battering ram of a centre-forward hammered in 11 goals in 19 games before January, including a hat-trick in a 6-0 win against Aston Villa, and was even given the captain’s armband as Newcastle played Manchester City in October.

A £35million bid from Liverpool was too good to turn down, though, and Carroll signed for the Reds in the final hour of January deadline day.

After eight years and more injuries than you could shake a stick at, he returned in 2019. He was not handed the No.9, though, and was a shadow of the player that had departed.

Andy Carroll's strike against Liverpool back in 2010 👏 #NUFC pic.twitter.com/llgesPDhQG

Not flash, and not an out-and-out goalscorer, but the Venezuelan’s single season at Newcastle – an odd loan swap with West Brom that involved Gayle going the other way – has put him a good way up this list.

He was essential to the Benitez playing model, holding the ball up for team-mates and creating a lovely understanding with strike partner Ayoze Perez, who scored a career-high 12 Premier League goals that season – and not by chance.

Rondon got 11 himself, too, which is not bad when you consider that a lot of his work was done outside the penalty area.

His relationship with Benitez endured, and Rondon later turned up at Dalian Professional and Everton to play under the Spaniard.

“[Benitez] has been very important in my career and helped me to understand football in a different way,” he told Sky Sports in 2019. “Thanks to the way that he is able to connect with his players, I learned so much from him.”

Martins was signed as a replacement for Michael Owen after the former Liverpool player got injured on England duty during the 2006 World Cup and made himself far more popular on Tyneside than Owen ever was and ever will be.

He wasn’t prolific – as Alan Shearer once said, Martins was a “scorer of great goals, not a great goalscorer” – but he was always lively, always dangerous and when he shot, it looked like the ball had been fired out of a cannon.

In three seasons, he managed 28 league goals, which is respectable, especially when you consider the turmoil surrounding the club at that point.

Cisse spent four-and-a-half seasons in the North East after signing from Freiburg, but he is this high on the list as a result of a five-month spell of absolute magic right at the start.

Alongside Demba Ba, he helped Alan Pardew’s side to a fifth-place finish by finding the onion bag from every imaginable angle, including that strike against Chelsea at Stamford Bridge.

On this day 2012 Papiss Cisse scored this incredible goal for Newcastle against Chelseapic.twitter.com/ap6qX4tIlW

Sir Les only wore the famous shirt for a single season before another man on this list rocked up for a world-record fee and asked to have it off him. Yet as Ferdinand told us in 2019, he “never held a grudge” for having to relinquish it.

In the single campaign when he had the No.9, though, Ferdinand reigned supreme at the top end of the pitch. He had it all – precise, powerful finishing off either foot, fantastic heading ability, speed, skill and the intelligence to always be in the right place at the right time.

Fifty goals in 84 Newcastle games tells you everything you need to know. 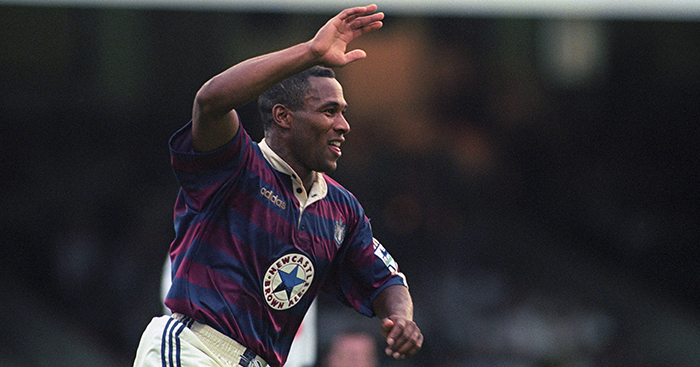 READ: Les Ferdinand gives his verdict on why Newcastle lost the title in 1996

For Cole, it was a similar story to Ferdinand: only a short stint wearing the No.9 in the Premier League – one-and-half seasons rather than Ferdinand’s one – but it was a short stint jam-packed with brilliance.

After helping Newcastle to promotion with 12 goals in 12 games at the back end of the 1992-93 season, Cole carried that form into the following season in the top flight, hitting 34 in 40 and making himself a true hero on Tyneside.

He left in January of 1995 for £6million plus Keith Gillespie, who was valued at £1million, making it a British-record transfer at the time. Newcastle fans were furious, however, and Kevin Keegan had to stand outside St James’ Park to calm them down as they protested at the door.

There were suggestions Cole had requested the transfer, but in a 2020 interview with ChronicleLive, he said that was not the case.

“Sometimes, I used to go back up to Newcastle and get a little bit of flak and all that but if people don’t understand what’s gone on in the transfer and how it’s come around, you’re always going to get a bit of flak,” Cole said. “But it is what is and I appreciated that and I got on with it.

“It was always difficult for me going back to Newcastle given the circumstances I left under and all the nonsense that was being said.

“I think that made it even a little bit more than what it actually had to be. It should never have been like that and I was trying to explain that from the start.”

Well, who did you think was going to be top?

If we need to explain our rationale here, then you almost certainly haven’t watched Newcastle play for the last 20 years. The all-time top scorer, the man who has a statue outside St James’ Park – Shearer is a deity in Newcastle.

We’ll leave the last word with him. In 2019, he told us: “I grew up in Newcastle supporting and going to St James’ Park, and the No.9 is an iconic number for the people of Newcastle United.

“Jackie Milburn was my dad’s hero, Malcolm Macdonald, all these No.9s that have had it, and I just felt that if I was going back there I’d love to have that No.9 shirt.

“That’s the reason I asked Les, and he kindly said I could have it. It wasn’t a deal-breaker, it wouldn’t have mattered if he’d said no, but he very kindly said yes.

“For me to wear the No.9 shirt was a great honour.” 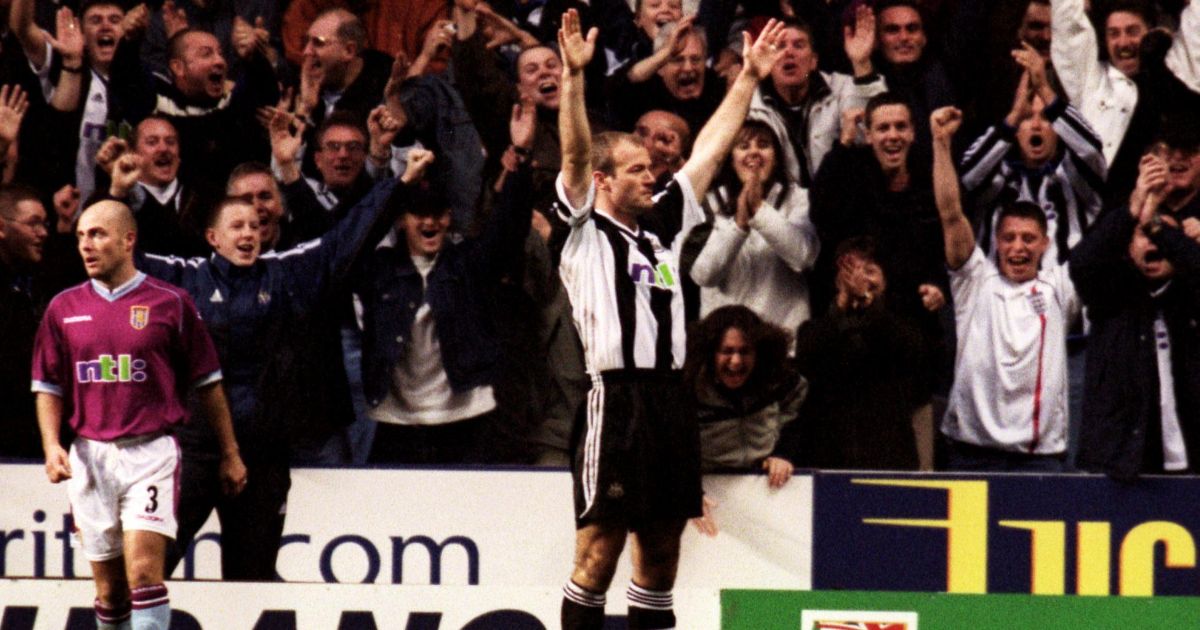