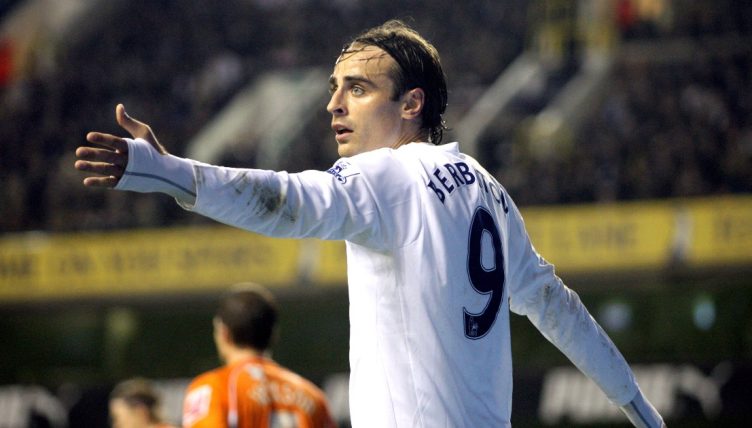 Tottenham have had some brilliant forwards over the years – but few of them have worn the traditional No.9 shirt.

Harry Kane famously wears the No.10 shirt, while Son Heung-min wears No.7. In fact, Spurs didn’t even have a No.9 during the 2021-22 campaign and may yet keep it vacant if they don’t sign another forward this summer.

We’ve ranked every player to wear the No.9 shirt for Spurs since the Premier League introduced official squad numbers for the 1993-94 season, from worst to best.

The definition of a panic buy.

Signed from Derby for around £3million in 2005, Rasiak failed to score in his eight Premier League appearances for Spurs and was sold to Southampton a few months later.

Having won the Eredivisie Golden Boot with AZ Alkmaar in 2015-16, expectations were high when Janssen completed a £17million move to Tottenham.

He failed to justify the hype, however, and scored just six goals in 42 appearances for the club, with four of those coming from the penalty spot.

The striker spent the 2017-18 season on loan at Fenerbache before Spurs took an £11million loss by selling him to Monterrey in 2019. 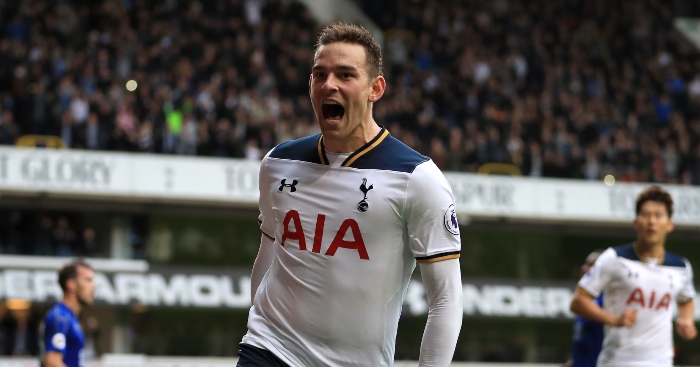 Brought in from Valencia for £26million in 2013, Soldado had some serious pedigree, having netted 81 goals in 141 appearances for Los Che.

Despite scoring on his debut, he failed to hit the same heights in the Premier League and was eventually usurped by an emerging Harry Kane.

The Spain international was then sold to Villarreal in 2015, having scored 16 goals in 76 appearances for Spurs.

Kanoute switched from West Ham to Tottenham for £3.5million in 2003 and hit the ground running with four goals in his first five appearances for the club.

The Mali international didn’t do much else after that, though, and fell behind Robbie Keane and Jermain Defoe in the pecking order.

After wearing the No.10 shirt for his first two years at the club, Ferdinand switched to the No.9 shirt ahead of the 1999-00 season.

The striker was hampered by injury problems and scored just 29 goals over the next three and a half seasons before being released in January 2003.

“People go through their careers and say they don’t have regrets, but from a football perspective that (joining Tottenham) was probably the worst decision I made,” Ferdinand told Sky Sports News’ Transfer Talk podcast in January 2019.

“Tottenham were a club in unbelievable turmoil and I didn’t realise how bad it was until I got there. In my first five years, I had four different managers and a change of board, so that tells you the type of turmoil the club was in. I made a decision based on pride rather than what was best for my football career.”

Pavlyuchenko joined Tottenham from Spartak Moscow for £13.8million in 2008 but never managed to hold down a starting spot at White Hart Lane.

He still managed a respectable 42 goals in 113 appearances in all competitions, but the Russia international’s approach to hard work didn’t exactly impress Harry Redknapp.

Obviously, Bale is the best footballer on this list, both generally and in terms of what he did at Spurs.

But he wasn’t quite at that brilliant best during his second stint back on loan from Real Madrid, when he wore the No.9 shirt during the 2020-21 campaign.

That year proved to be somewhat disappointing for the club, with Jose Mourinho eventually sacked in the Spring and Spurs eventually finishing an underwhelming 7th place.

It was sad to see arguably the greatest British player in history, given his five Champions Leagues, unable to do what he once did, or be fit enough to get a regular run of starts.

But he was still a useful squad player, and notched a really respectable 16 goals in all competitions. In fact, that year he averaged a goal or assist every 87 minutes. If only he was able to play more minutes…

Despite being a midfielder, Anderton became the first Tottenham player to be officially assigned the No.9 shirt in the Premier League.

While his career was continually interrupted by cruel injury luck, he still made over 300 appearances for Spurs and won the League Cup in 1999.

Too many focus on the games he didn’t play, but that would be to do his talent a disservice. He was a brilliant player. 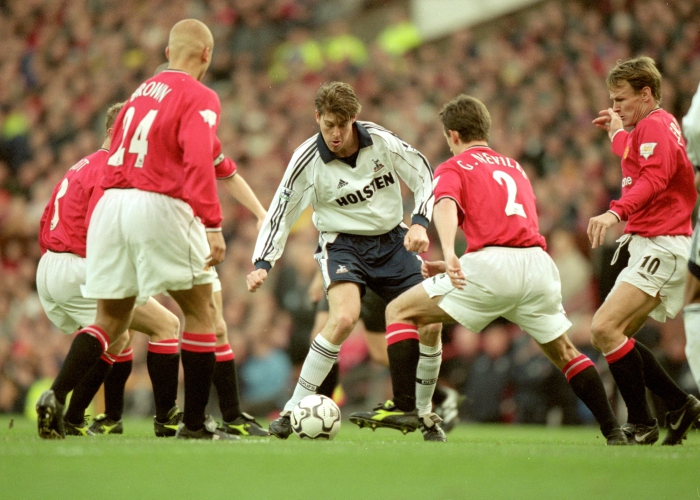 READ: Darren Anderton: Man Utd wanted me, but Alan Sugar locked me in his house

Undoubtedly the best – and coolest – Tottenham No.9 of the Premier League era.

Berbatov became a fan favourite after joining Spurs from Bayer Leverkusen in 2006 and formed a highly-successful partnership with Robbie Keane.

The Bulgaria international scored 46 goals in 102 appearances for the club – including a crucial penalty in the 2008 League Cup final – before joining Manchester United in a move that broke the hearts of Tottenham supporters.