Ranking every player to wear No.11 for Barcelona since 1995 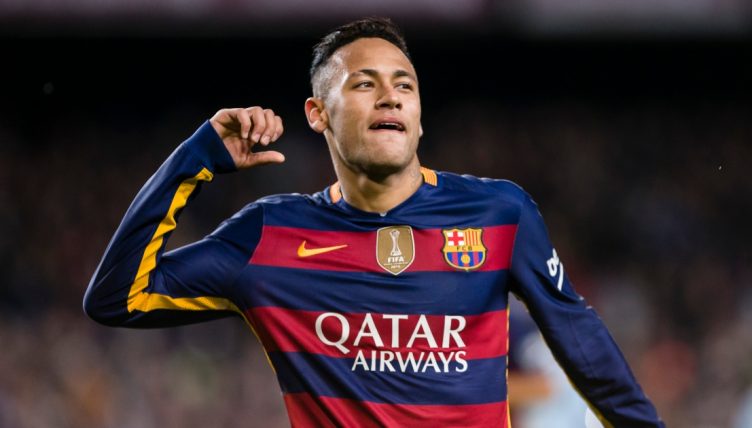 While Barcelona has been home to some world-class players over the years, only a few of them have worn the No.11 shirt.

Adama Traore has become the 13th player to wear the jersey since La Liga introduced fixed squad numbers for the 1995-96 season.

We’ve ranked every player to wear the No.11 shirt for Barcelona since then, from worst to best.

After an injury-plagued debut season at Barcelona, Cuellar switched from the No.10 shirt to the No.11 ahead of the 1996-97 campaign.

He then started just six games in all competitions and made a further six appearances off the bench before returning to boyhood club Real Betis in 1997.

Signed on loan from Austrian side Rapid Wien in 2021, Demir started just three games for Barcelona and made a further six appearances off the bench.

The 18-year-old was reportedly demoted to the Barcelona B and stripped of his No.11 shirt number before the loan deal was terminated in January 2022.

Following an injury to Henrik Larsson in January 2005, Barcelona reacted by signing Lopez from River Plate for €6.2million.

He made his debut in a Champions League tie against Chelsea and had an immediate impact, scoring an equaliser with his first shot for the club.

But the Argentinian forward failed to build on that promising start, making just 14 La Liga appearances and scoring his only other Barcelona goal in a Copa del Rey win over Zamora.

After spending the 2006-07 season on loan at Mallorca, Lopez was then sold to Russian side FC Moscow in a €2million deal.

While Jeffren only made 13 appearances in all competitions in 2010-11, he did have one memorable moment in Barcelona’s No.11 shirt.

The winger famously came off the bench to score the fifth goal in Barcelona’s iconic 5-0 win over Real Madrid in November 2010, establishing himself as a cult hero at Camp Nou.

The first player to be officially assigned the No.11, Hagi was once regarded as one of the greatest attacking midfielders in the world, but he didn’t have much success in Spain.

The former Romania international struggled for regular game time under Johan Cruyff, scoring six goals in 28 appearances in 1995-96 before being sold to Turkish side Galatasaray.

After Luis Figo crossed the divide to sign for Real Madrid in the summer of 2000, Barcelona signed Overmars from Arsenal in a £25million deal.

But the winger never managed to recapture the form he had shown in north London, scoring just 19 goals in 141 appearances for the Blaugrana.

His time in Spain was also hampered by persistent knee injuries, and he was forced to hang up his boots at the end of the 2003-04 season.

“In August, I was without Figo, and I asked the coaches what player in the world could be similar,” former Barcelona president Joan Gaspart told Onda Cero in 2021.

“They tell me that it’s difficult, but that there is a similar player in England (Overmars) who is not at Figo’s level but almost there. And I jump in like a madman. First mistake.

“Second mistake: I don’t doubt that the coaches were right, but everyone knew that Barca were rich at the time, and the worst thing you can do is buy and let others know you’re rich.

“It’s not that I’m rushing, I listen to the coaches, I sign Overmars, who gets injured, and although he’s a great player, he doesn’t succeed at Barca.”

The only defender to feature on this list, Zambrotta won the World Cup in the summer of 2006 before leaving Juventus for Barcelona.

He made 82 appearances in all competitions but failed to live up to expectations and only won the Supercopa de Espana during his two years at Camp Nou.

The former Italy international was ultimately sold to AC Milan in 2008 to make way for Dani Alves, who had just been signed from Sevilla.

Having starred for Borussia Dortmund in 2016-17, Dembele replaced Neymar at Barcelona in a deal that was worth a potential £135.5million.

The winger was regarded as one of the best young talents in Europe but a series of injury problems have prevented him from realising his true potential.

He’s still produced some flashes of brilliance and registered a respectable 30 goals and 18 assists in 118 appearances during his first four years at the club.

The France international decided to swap to the No.7 shirt following Antoine Griezmann’s departure in 2021 but it hasn’t brought about a change in fortunes.

After scoring 12 goals in a brilliant breakthrough season at Barcelona, Bojan went from No.27 to No.11 ahead of the 2008-09 campaign.

But he had to compete with the likes of Lionel Messi, Thierry Henry, Samuel Eto’o, Pedro and Zlatan Ibrahimovic and started just 34 games in all competitions over the following two seasons.

The Spain international still scored 22 goals in the No.11 shirt, including a great strike against Atheltic Bilbao in their 2009 Copa del Rey final win.

The Spain international made 81 appearances over the following two seasons, winning a La Liga title, the Copa del Rey, the Supercopa de Espana, the UEFA Super Cup and the FIFA Club World Cup.

But he couldn’t break up the iconic midfield trio of Sergio Busquets, Xavi and Andres Iniesta and decided to join Bayern Munich in 2013.

After a very successful debut season in La Liga with Deportivo La Coruna, Rivaldo joined Barcelona as a replacement for Ronaldo in 1997.

The former Brazil international was Barcelona’s top goalscorer in both of his first two seasons as they won back-to-back La Liga titles, a Copa del Rey and the UEFA Super Cup.

He was rewarded with both the Ballon d’Or and FIFA World Player of the Year accolades in 1999, finishing ahead of Manchester United’s David Beckham.

The forward then scored 23 goals in 1999-00 but his best individual season at Barcelona came after he switched to the No.10 shirt in 2000.

Despite being heavily linked with Real Madrid, Neymar completed a £48.6million move to Barcelona in 2013 and was immediately handed the No.11 shirt.

The Brazil international managed to live up to expectations and later formed an iconic front three alongside Lionel Messi and Luis Suarez.

He won eight trophies and scored over 100 goals during his four years at Camp Nou, including the clincher in the 2015 Champions League final.

Barcelona even managed to make a huge profit when they sold him to PSG in 2017. Although, they didn’t spend that money very well…