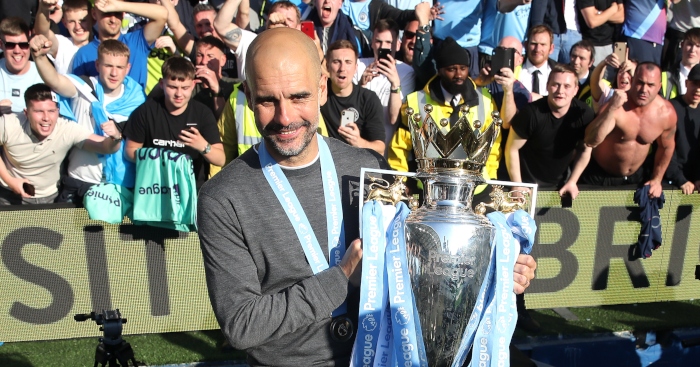 Pep Guardiola has transformed Manchester City into one of the best teams in Europe – in no small part down to the players he has signed.

The Spaniard has splashed out over half-a-billion pounds since taking charge at City in 2016, but the vast majority of it has been money well spent.

There have been a few misses, though, and we’ve ranked the 17 signings Guardiola has made, ignoring those such as Douglas Luiz and Jack Harrison who weren’t signed for the first team.

If we’re honest we completely forgot that he even played for City.

The goalkeeper had an awful first campaign at the Etihad where he made some high profile mistakes and didn’t seem capable of making a save.

However, Bravo returned from an Achilles injury to produce a match-winning performance as City beat Liverpool in the 2019 Community Shield.

Claudio Bravo has now conceded 11 goals from the last 18 shots on target he’s faced in the Premier League.

Angelino first signed for City in 2013 and after three successful loan spells, he completed a permanent move to PSV Eindhoven in 2018.

The 22-year-old had an impressive campaign in the Eredivisie where he provided 10 assists, so City activated their buy-back clause to bring him back to the club.

The left-back was signed for £52 million in 2017 and has shown glimpses of his talent, but he has endured an injury-ravaged two years and made just 19 starts for the club.

Mendy has played so few games at the Etihad that these stewards didn’t even recognise him.

Benjamin Mendy was almost tackled to the ground by the stewards last night when they thought he was a pitch invader 😅 pic.twitter.com/4yJjxa1OlP

We can’t quite work this one out.

He’s a pretty reliable and average right-back but in his two years in England he won two Premier League titles, two League Cups and the FA Cup, and he’s now playing for Juventus, so he can’t be that bad.

He’s made just one start for his new club, but the highly rated right-back will surely have a bigger impact than Danilo and Mendy.

City broke their transfer record to sign Rodri for £62.8 million from Atletico Madrid in the summer but it already looks like fantastic business from Guardiola.

The 23-year-old has seamlessly slotted into City’s midfield, and he has shown that he can be the long-term successor to Fernandinho.

“What City have achieved in the last two years has been amazing and I’m looking forward to being part of such a talented squad,” said Rodri.

“It’s not just the titles they have won, but the way they have managed it, playing attacking football at all times. It’s a style that excites me, as do the club’s ambitions.”

When Zinchenko signed from Russian side FC Ufa for £1.6 million, nobody expected him to become a regular under Guardiola.

However, after injuries to Mendy and Fabian Delph in 2017-18 the versatile midfielder filled in at left-back and had an extended run in the side.

The 22-year-old played a crucial role in City’s successful 2018-19 season, and he even broke a few records along the way.

22 – Oleksandr Zinchenko has been on the winning side in all 22 of his @premierleague games – the best 100% win record in the competition and the best winning start for any player in their Premier League career. Deserved. pic.twitter.com/8sAT4wTiJc

Gundogan was Guardiola’s first signing as City manager, but he soon found himself behind Kevin De Bruyne, David Silva and Bernardo Silva in the pecking order.

Despite this, he still managed to start 23 league games last season as he showed great versatility and impressively filled in for the injured Fernandinho.

Not a bad option to have on the bench.

After a difficult first season at the club, Stones formed a strong partnership with Nicolas Otamendi and had a brilliant 2017/18 season as City won the league with 100 points.

However, by the end of last season Stones found himself out of the City team and under huge scrutiny after a calamitous mistake in England’s UEFA Nations League game against Holland.

The jury is still out on this one, and he has a massive season ahead.

The former Leicester City star became one of the best players in the league while playing at the King Power Stadium, but he found it difficult to replicate that form in his first season at the Etihad.

Mahrez has now adapted to Guardiola’s demands, and he has started this season in impressive form so the winger looks back to his sparkling best.

Sane has developed into one of the most exciting wingers in the world, and he won the Young Player of the Year award in 2018 for his incredible performances.

The 23-year-old saw limited action last season and spent some time on the bench, so he was linked with a move to Bayern Munich before a serious knee injury ruled him out until March. 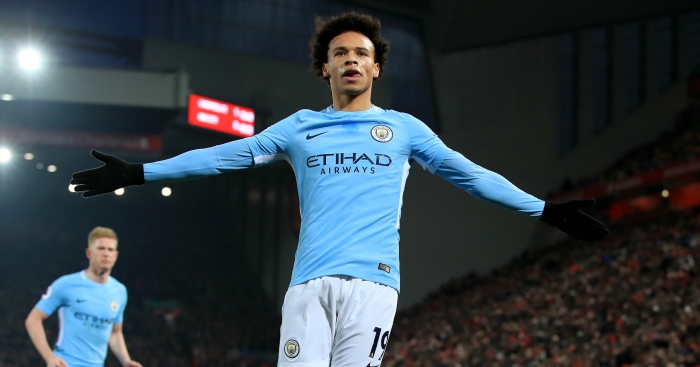 The signing of Walker from Spurs in 2017 was instrumental in Manchester City’s change in fortunes under Guardiola as the full-back gave City an attacking outlet down the right wing.

He was one of the most important players in City’s team as they won the league in 2018, but he was dropped last season after making a few individual errors. The 29-year-old will now face competition from Joao Cancelo for his place in the team.

Considering that Jesus has to compete with Sergio Aguero, the Brazilian has had a pretty impressive time at City since joining the club in January 2017.

Jesus must be one of the best reserve strikers in the world, as he has a great goalscoring record and leads the line brilliantly in Aguero’s absence. Having them both is just plain greedy on City’s part.

Just like Mahrez, Silva had a quiet first season at the Etihad and was outshone by the likes of De Bruyne, David Silva and Raheem Sterling.

However, he played a starring role in City’s domestic success last season, and he was named their Player of the Year after scoring 13 goals and registering 14 assists.

2019 has been the year of Bernardo Silva lifting trophies! 🏆

What a season this man has had 👏 pic.twitter.com/B2Wz8zfs9O

After arriving from Athletic Bilbao for £57 million in January 2018, Laporte has established himself as one of the first names on the City team sheet.

The 25-year-old thrived for the Blues last season as they conceded just 23 Premier League goals, and he received high praise from his manager.

“It was a mistake when I said he is one of the best – for me he is the best left-sided central defender in Europe,” said Guardiola.

He’s a bit mad but we love him for it.