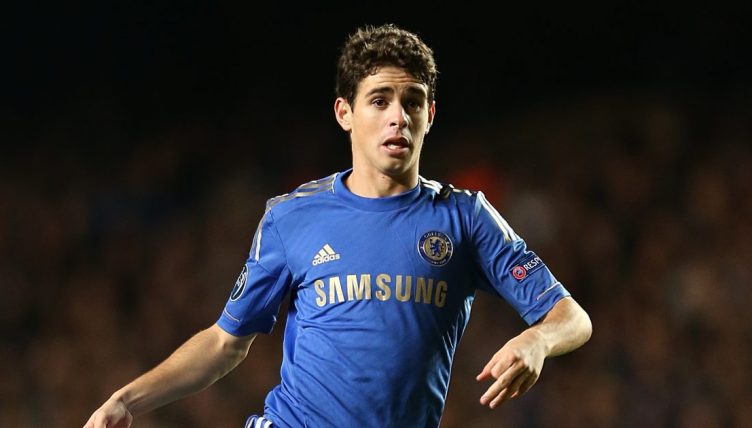 There is no continent that triggers as much footballing excitement as South America and Chelsea have not been shy when it comes to dipping into the market over the years.

For Chelsea, it has been a hit and miss tactic, with 24 players from the continent being brought in under Roman Abramovich’s ownership.

With Thomas Tuchel’s side being linked with a move for Sergio Aguero, we have decided to rank all of their previous deals from worst to best.

One of five players at the start of this list who never played a game for the Blues.

Wallace Oliveira was brought in from Fluminense in 2013 but was immediately shipped out on loan. He stayed away on temporary deals with Inter Milan, Vitesse, Carpi and Gremio before finally being allowed to leave in 2018.

He is now back in Brazil playing for Figueirense.

Chelsea snapped up the left-back from O’Higgins Football Club in his native Chile.

In a shocking turn of events, Cuevas was sent out on loan for four straight seasons immediately after arriving without making a single appearance for Chelsea.

He is now back in Chile, plying his trade with Huachipato.

After two seasons in the first team with Atletico Paranaense, Nathan made the move to West London after Chelsea splashed £4.5million on the midfielder.

Inevitably, loan deals followed with Vitesse, Amiens, Belenenses and Atletico Mineiro before he joined the latter on a permanent deal in 2020.

Alcides spent four years with Chelsea between 2004 and 2008 but never played any first-team football. He was shipped out for spells with Benfica and PSV before moving permanently to Dnipro in 2008.

However, the fact he once reportedly negotiated his way out of kidnapping by convincing his captors that he was NOT a footballer, means he ranks just above the other non-players.

The defensive midfielder was signed in September 2008 on a short-term deal until the end of the season as back-up to Michael Essien and John Obi Mikel.

Although he made just two appearances for Chelsea that season, Mineiro has at least enjoyed a lengthy spell with the Brazillian national team, racking up 24 appearances and a Copa America winners’ medal in the process.

The Argentine made his move to Stamford Bridge in the January transfer window of 2008 and failed to score in 16 appearances for the Blues.

Two years after signing for Chelsea he moved permanently to Wigan Athletic, where he was part of the squad that shocked Manchester City to lift the FA Cup in 2013.

With Bayern Munich, the Peruvian won three German titles in four years before joining Chelsea at just the wrong time.

Pizarro arrived in 2007 and did not get off to the best of starts, missing a penalty in the shoot-out against Manchester United in the Community Shield, although he did score on the opening day of the season against Birmingham City.

Unfortunately, only one further goal was to follow (also against Birmingham), and he returned to the Bundesliga with Werder Bremen the following summer.

Unlike many of the other Brazilians to arrive at Stamford Bridge, Kenedy actually played some games for the Blues before being sent out on loan.

He even managed a couple of goals, including one after just 39 seconds against Norwich City in March 2016 – the fastest of the 2015-16 season.

After loans at Watford, Newcastle and Getafe, the 25-year-old is spending 2020-21 at Granada.

There was a time when many fans of Premier League clubs would have done anything to see Falcao strut his stuff for their side.

But a nasty ACL injury right before the 2014 World Cup hampered his career badly, and he never truly recovered. After an underwhelming spell with Manchester United in 2014-15, Chelsea snapped him up in 2015.

It was to be a similar story, however, scoring just one goal in 12 games for the Blues.

After Falcao’s season with Chelsea was curtailed through injury, they dragged Pato over from Brazil for the second half of the season.

H only managed two appearances but did score one goal which leaves him with a pretty good goal per game ratio at Chelsea. 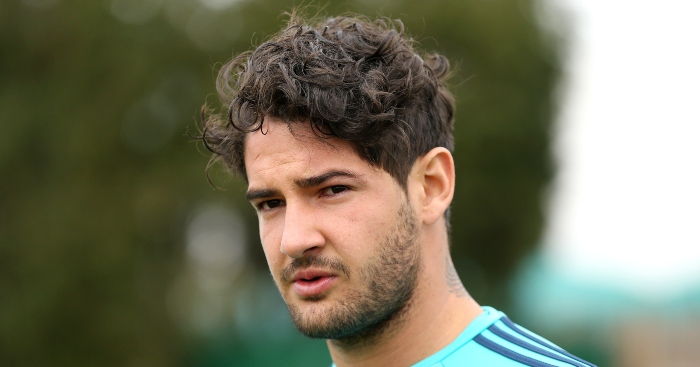 Despite impressing at Atletico Madrid, Luis is a player you could’ve quite easily forgotten turned up at Chelsea for a season.

The Brazil international made just 15 Premier League appearances in 2014-15 before returning to the Spanish capital.

The classic ‘perennial Chelsea loanee’, Piazon spent 10 years on Chelsea’s books after arriving as a highly-rated teenager from Sao Paolo.

After more loans away (seven) than appearances for the Blues (three), he eventually moved away permanently in January 2021, signing for Portuguese club Braga.

Following his underwhelming spell with Manchester United, Veron thought he would try his luck further south.

There was no joy for him in West London either, with just seven appearances and one goal for him before Chelse deemed him surplus to requirements.

The Colombian was a high-profile signing for the Blues in the summer of 2014 after netting six times in 23 games in his final season with Fiorentina.

But he managed no goals across his two seasons with Stamford Bridge and only made just 15 appearances in total. It was at least enough to pick up a Premier League winners’ medal in 2015.

In his years prior to the Chelsea move, the Argentinian was a sensation in Serie A, netting 71 goals in 104 games with Napoli and then 48 in 105 for Juventus.

In the January transfer window of 2019, he was reunited with Maurizio Sarri at Stamford Bridge and scored five goals in 14 games. Not bad. 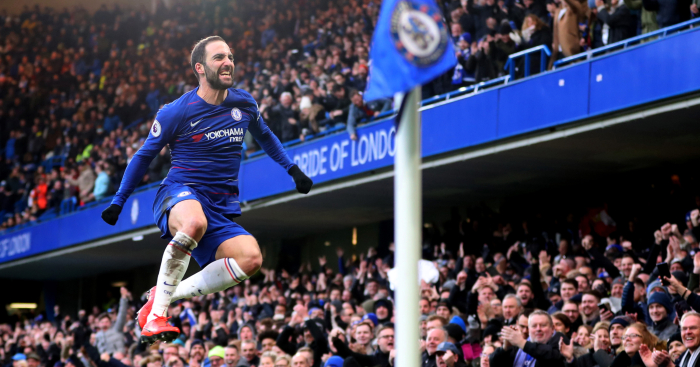 An iconic backup goalkeeper of the past decade in the Premier League.

The Argentina international spent three seasons with Manchester City, winning the League Cup in the process, and he has added two more trophies to his collection at Stamford Bridge.

A regular during cup games, he helped the Blues to wins in the Europa League and the FA Cup.

The most recent South American to arrive at the club, Silva has been a solid presence throughout the 2020-21 campaign under both Frank Lampard and Thomas Tuchel.

Still going strong in Europe, Silva could still find himself flying up this ranking if he is able to help them to a second Champions League title.

A man perhaps more famous for his loan spells with AC Milan when owned by Chelsea, Crespo had two decent campaigns on either side of that spell.

🚀 This Hernan Crespo goal for Chelsea against Arsenal back in 2003 at Highbury was a screamer!@Crespo | @UberCheIseaFC pic.twitter.com/mmxls4LGrm

Belletti became a cult hero at Stamford Bridge thanks to his outrageous long-range strikes and also scored in the shootout in Chelsea’s 2008 Champions League final defeat to Manchester United.

He made 94 appearances and scored five goals across his three seasons with the club and is still fondly thought of at the Bridge.

The diminutive attacking-midfielder burst onto the scene with two stunning goals against Juventus in the Champions League in 2012 and went on to make over 200 appearances for the Blues.

Out of his 38 goals for the club, many of them were stunning, and he left for China in 2017 with two Premier League titles, a Europa League and a League Cup to his name.

A man with a cannon of a right foot.

Alex became a fan-favourite at Stamford Bridge by hammering in ridiculous free-kicks, most notably against Liverpool in the Champions League quarter-finals in 2009.

On this day in 2009, Chelsea and Liverpool served up an eight-goal thriller at Stamford Bridge!

And Alex hit an absolute rocket!

Luiz managed to split opinion everywhere he went, but there is no doubt that we saw the very best of him across his two spells with Chelsea.

He made just shy of 250 appearances across his time in West London, scoring 18 goals and lifting one Premier League, two FA Cups, two Europa Leagues and one Champions League.

His move to Arsenal was not popular for some, but there is no doubting the impact he had at Stamford Bridge.

With players like Eden Hazard, Oscar and Juan Mata around him, Willian rarely found himself as the main man at Chelsea, but he was incredibly consistent.

In seven seasons, he only scored fewer than 10 goals three times, hoovering up plenty of silverware along the way as well.

His sensational chip against Barcelona speaks for itself, but Ramires was a consistently reliable presence throughout his years with Chelsea.

A nightmare for any opponent to deal with in midfield, he scored 34 goals across six seasons for the Blues and helped them lift five pieces of silverware.

Read: A love letter to Ramires and his perfectly-timed moment of magic