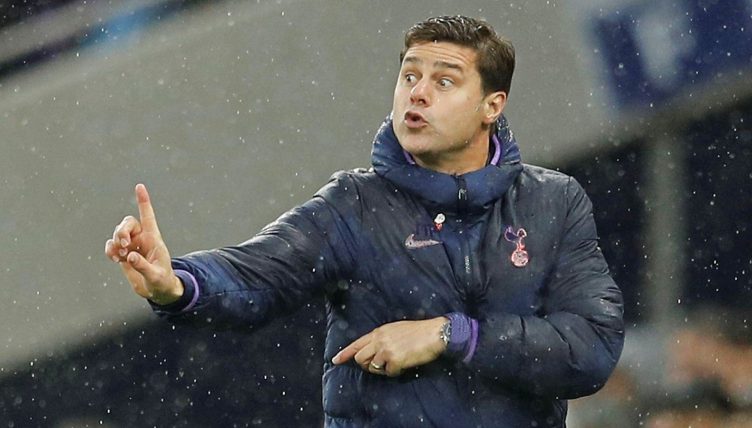 Few Premier League stalwarts have boasted a range of coaches quite like Tottenham. But which Spurs managers have done the best and worst jobs since 1992?

Under their finest coaches, Spurs qualified for the Champions League and achieved some memorable results against some of Europe’s biggest clubs. Under their worst, they were languishing in the bottom half of the table.

Here’s how we’ve rated their 16 full-time managers since the start of the first Premier League season.

David Pleat had spent much of the 2003-04 season in temporary charge at White Hart Lane as Spurs spent 10 months searching for the right manager to end their long period of mediocrity.

Daniel Levy was confident Santini, the France manager who it was announced in June 2004 would take over after the European Championship, was that man.

“We haven’t had success for such a long time. It’s a credit to Tottenham we can attract this type of manager,” Levy said.

“I said some time ago that we would make the right appointment – a big name to take the club forward.”

As it turned out, Santini lasted only 13 games before resigning, reportedly due to a falling-out with Director of Football Frank Arnesen. After witnessing just six goals in 11 league games, Spurs fans weren’t too disappointed.

It wasn’t that easy to choose between Santini and Espirito Santo for the wooden spoon in this race, but the former Wolves boss just edged ahead, owing to the fact that he did actually win five of his 10 league games in charge and his side scored at a better rate than Santini’s.

Still, some of the football was dire and that thumping at the hands of a bang-average Arsenal side was, without doubt, the low point.

It may very well be a tad harsh that the last manager to actually win silverware in charge of Spurs is ranked as their third-worst manager of the past 26 years, but that 2008 League Cup win was simply a thin spreading of butter in a sh*t sandwich.

In fairness, he steered the team from 18th to 11th after taking over from Martin Jol in October 2007, but a year later he was sacked with the side in an even worse position than the one he had inherited: bottom, four points adrift, with two points from eight games.

His reign ended following an apparent dressing room revolt, with his assistant Gus Poyet and sporting director Damien Comolli also sacked in an admission of a very expensive mistake by Daniel Levy.

Ramos was, however, the man in charge when Luka Modric was brought to the club, so it wasn’t all bad.

If we’re going on stats and win rate and all that jazz, then Mourinho shouldn’t be this far down. After taking over from Mauricio Pochettino in November 2019, the Portuguese boss led Spurs to sixth and Europa League qualification.

What we’ll never get over, though, is how miserable it all was. The constant complaints, the dour, defensive football. Mourinho’s reign was about as joyful as watching Morrissey lead a funeral procession wearing a suit made out of old copies of the Daily Mail.

The only seasons where Spurs failed to get top four since 2015 were the two with Jose Mourinho in charge. We also can’t forgive the absolute shitness of this.

My LORD this is incredible 😂 pic.twitter.com/sdRLPtjaHG

If Spurs’ first season in the Premier League was cheese on toast – boring but satisfactory – their second season under Ardilles was cheese on a roast dinner – it was definitely different and definitely exciting to try, but ultimately it didn’t work.

With five players often fielded in attack, Spurs were undoubtedly a lot of fun to watch, but it sadly didn’t pay off as Spurs actually scored fewer goals than they had managed the previous season, finishing way down in 15th.

The signing of Jurgen Klinsmann in 1994 clearly convinced Ardiles he could make his philosophy work, with the German scoring three times in his first two appearances, but he was sacked in November with Spurs having conceded 24 goals in 12 league games.

Gross was appointed in November 1997 with Spurs in the relegation zone on the back of a 4-0 thrashing at Liverpool in their previous game.

Alarm bells should have rung when he arrived late for his first press conference holding a tube ticket with ”my ticket to the dreams” written on it, and a 6-1 home defeat to Chelsea in Gross’ third game in charge did little to quell the feeling he was a man out of his depth.

The return of Jurgen Klinsmann in December was enough to steer the club clear of relegation – the German top-scored with nine goals in the Premier League as Spurs finished 14th – but John Scales later revealed Gross was “ridiculed by the players behind closed doors”.

His eccentricity was a dream for the press but certainly not the club, and the only surprise was that he started the following season in charge before the traditional disastrous start saw him sacked.

His style of play didn’t win him too many fans in the interim period either, though he did lead them to League Cup victory in 1999. Finishing 11th and 10th hardly helped matters.

Spurs had failed to finish higher than 10th for five seasons when Hoddle took charge in 2001, so a ninth-placed finish and run to the League Cup final was a clear step in the right direction in his first campaign.

Unfortunately, the exciting new era fans had hoped for under the legendary player failed to materialise as they dropped back to 10th the following season before Hoddle was sacked in September 2003 following one win and four defeats from the opening six league games.

The style of football was certainly more palatable than his predecessor George Graham’s, but actual success rarely looked likely under the former England manager.

Spurs finished eighth in the inaugural Premier League season under the joint management of Livermore of Clemence, a vast improvement on 15th the year before.

The signings of Teddy Sheringham and Darren Anderton would benefit the club for several years, but an FA Cup semi-final defeat to Arsenal stung, and it came as no surprise to anyone when Spurs looked to add some excitement in the form of Ardilles.

Having finished 15th under Ardilles in 1993-94, Spurs were struggling again the following season when the Argentine was sacked and replaced by Francis.

They eventually finished seventh, their best finish for five years, and reached the semi-finals of the FA Cup, with Jurgen Klinsmann scoring 30 goals in a very entertaining, very Spurs season.

Unfortunately, Francis couldn’t keep it up once Klinsmann left as Spurs finished eighth and then 10th before Francis resigned in November 1997 with the team in the relegation zone.

If we were ranking these managers on their Premier League win percentage, Sherwood would be No.1. As he memorably said himself, a 59% win ratio is “second to none”.

Unfortunately for Tim, it was comments like that, combined with rumours that he got the job in an underhand way – and then some strange tactical decisions once he did – which prevented Spurs fans from really taking to him.

Still, he took the team from seventh to sixth in his half-season in charge while promoting youth and, in case you didn’t know, giving Harry Kane his first Premier League start. He wasn’t all bad.

– Greatest manager of all time: ✅

Happy birthday to the legend that is Tim Sherwood!#COYS pic.twitter.com/9rr4WQqi93

Taking over from Redknapp after Spurs had finished fourth but been denied a Champions League place courtesy of Chelsea winning the competition, Villas-Boas got his own taste of misfortune in his only full season in charge as a then-record Premier League points tally still wasn’t enough to get them into the top four.

Their 72 points in 2012-13 was actually more than Spurs managed when finishing third under Pochettino three years later, and though the Portuguese manager undoubtedly benefitted from Gareth Bale’s incredible form, it was a hugely entertaining season.

It’s also worth pointing out Hugo Lloris, Jan Vertonghen, Mousa Dembele and Christian Eriksen were all signed during his time in charge.

Jol had initially been appointed as First Assistant Coach to Santini in the summer of 2004, but it only took 12 games before he was thrust into the hotseat himself.

In fairness, it was not difficult to be more popular than Santini, but Jol’s personality quickly endeared him to Spurs supporters – and more importantly, so did the team’s improvement under his stewardship.

After finishing ninth in that 2004-05 season, five places higher than the previous year, Jol steered Spurs to fifth twice in a row, then their best placing of the Premier League era, including in 2006 when they were fourth going into the final game only for a dodgy lasagna to famously wreck their preparations. 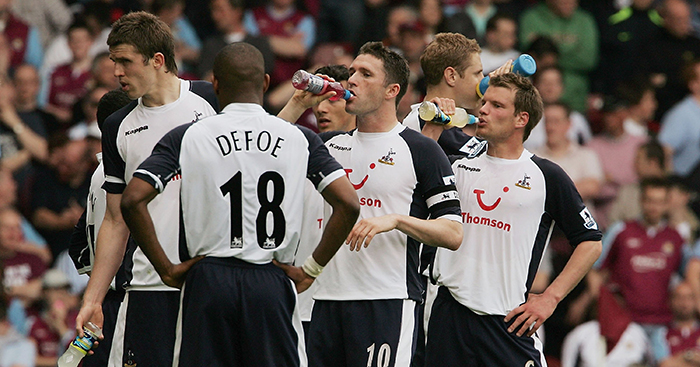 READ: Remembering lasagnagate when Spurs were on for fourth but got the sh*ts

It’s still relatively early days, and Conte’s stock may well fall in the future if his exits at Chelsea, Juventus and Inter are anything to go by.

But Conte led Spurs to fourth last season, was allowed to strengthen in the summer and has steered his team to some impressive league results so far in 2022-23.

He’s a genuinely world-class coach and it feels like he could do big things with this team. Let’s see how this one pans out… 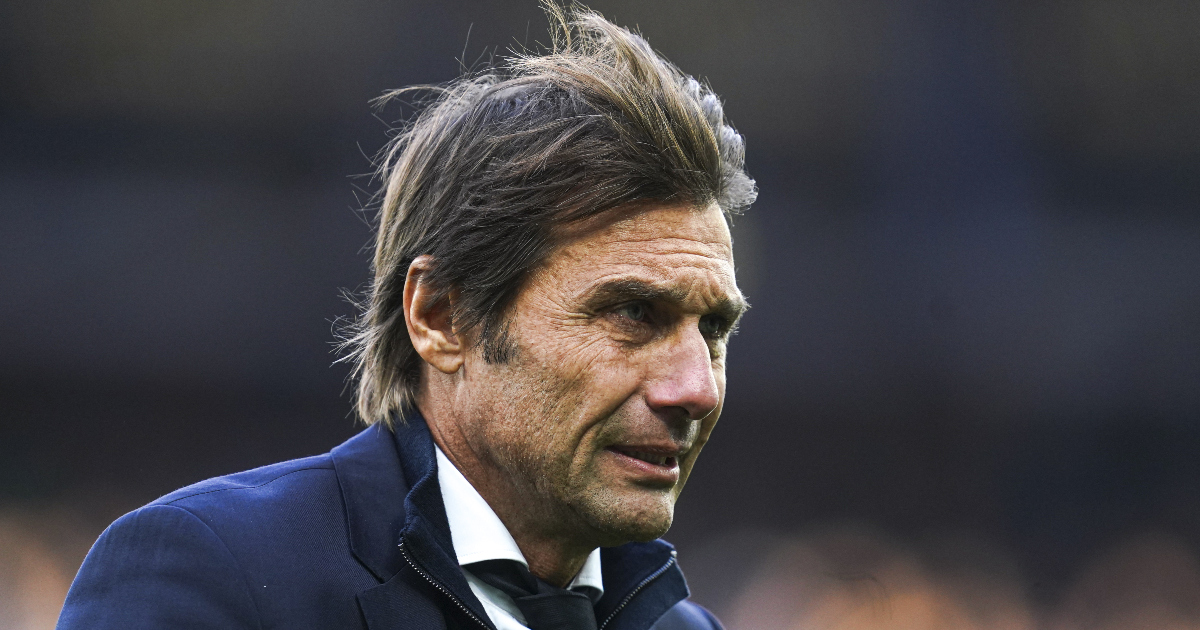 ‘Arry has always been a figure of fun for some people, incapable of turning on a computer or actually bothering with any, yer know, actual tactics.

But he certainly got the best out of the Spurs squad during his near-four seasons in charge, taking over a team that had suffered the club’s worst-ever start to a season and steering them to eighth and the League Cup final before leading them to fourth in two of his other three years in charge.

There was also that memorable run to the Champions League quarter-finals in 2011. Football is as much about memories as it is results, and Redknapp created plenty of those.

Yet ultimately it wasn’t to be and, having failed to win a trophy in his five seasons in charge, it’ll be interesting to see how history treats him long-term.

What should never be forgotten, though, is where Tottenham were when Poch first came in.

READ NEXT: Revisiting the Spurs side from Poch’s first pre-season friendly