Ranking every WC opening ceremony since 1966 from awful to brilliant 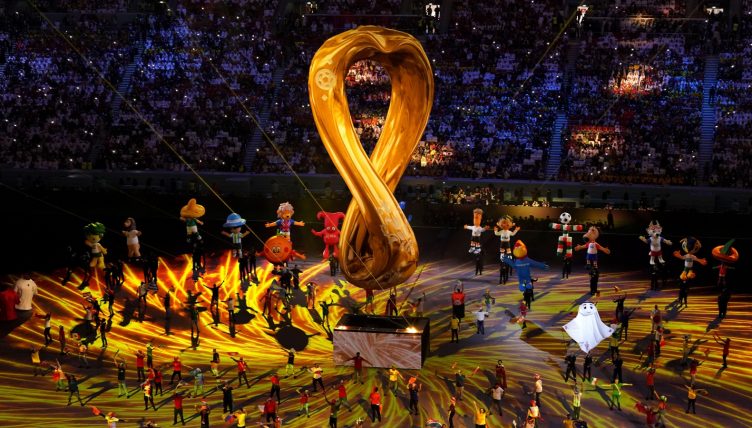 Opening ceremonies of major sporting events can either go one of two ways: they can have you buzzing for the tournament to begin, or they can have you wishing the minutes away before the real action kicks off.

It has become increasingly expected of the home nation to deliver a spectacle ahead of the first game with dancers, singers and all sorts of madness involved in the showing.

We’ve taken a look back at every opening ceremony since 1966 – although footage of 1970’s effort is mysteriously missing online – and ranked the ceremonies from worst to best, with all kinds of weird and wonderful attempts from 14 different host nations.

“There is a common thread of hope, jubilation and respect,” said Morgan Freeman, whose surname suddenly became a pretty sick joke.

Qatar poured a lot of money into their opening ceremony but it just made you feel cold.

Firework ending for opening ceremony. Shrewd to include past World Cup anthems + chants of various nations.

A pretty bog-standard parade, not much more to be seen here.

For what it is literally a group of people dancing around massive balls on a pitch, this goes on for way too long.

This one was bizarre. Not too much going on, but lots of dancing and a meeting between Yin and Yang in the centre of the field coming to an abrupt ending.

But who doesn’t love a bit of audience participation using a load of tiny drums designed for childen?

With a big on-field production supposedly meant to capture the culture of the host nation, London 2012 will always be hard to top.

And Brazil’s attempts fall short of the mark, even when Pitbull and Jennifer Lopez appear out of the massive ball in the centre of the pitch. The reception of the ceremony generally said that it was rubbish, and we are inclined to agree.

Fairly forgettable but at least housewives favourite Robbie Williams chose the world stage to act like a petulant teeanger.

An opening parade is followed by some visual imagery on the pitch before the sun symbol unfolds to reveal the flags of each competing nation. It’s alright.

Short but sweet, the ceremony at the San Siro sees a musical performance before a parade with representatives from each continent.

Then 24 balls on the pitch, one for each nation, open up to release a mass of balloons, along with the huge centrepiece which floats away into the sky.

A simple but predictably regal showing; the proceedings are opened by a performance from the Queen’s guard, before children take to the field to represent each nation and the Her Majesty herself opens the tournament.

A really nice production, a host of children took to the field to recreate Pablo Picasso’s dove of peace before a real dove was released from the centre circle in front of almost 100,000 at the Nou Camp.

Believe us when we say we really wish we could explain this.

Rather than a self-indulgent over-production, the Americans put on a great show featuring nods to each participating country. There’s also that Diana Ross penalty miss.

Much better than the Brazilian showpiece four years later was South Africa’s opening ceremony in 2010.

It had everything, from African music and dance to a massive beetle dribbling a huge Jabulani across the pitch.

A true spectacle. There’s so much going on that we don’t even know where to start, with lederhosen-clad dancers joined on the pitch by over 150 past winners including the likes of Pele and members of the England 1966 squad.