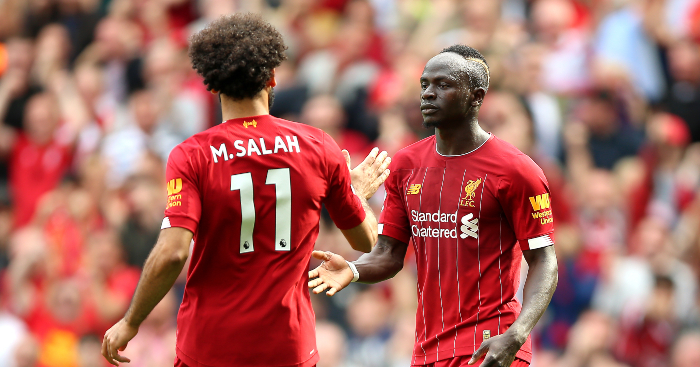 Liverpool have had some incredible wingers representing the club – but they’ve had mixed success in that department over the last few years.

In total, the Reds have brought in 11 wingers since the start of 2010 and while some have become club legends others have been an absolute disaster.

Starting with said disasters, we’ve ranked each of them and the top two won’t surprise anybody. Note: we’ve stuck with players who predominantly play on the wing so that rules out Alex Oxlade-Chamberlain and Adam Lallana.

Markovic joined Liverpool from Benfica for £20 million in 2014 and the Serbian was regarded as one of Europe’s brightest young talents.

The winger hasn’t lived up to his potential and failed to make much of an impact during his 34 appearances for the Reds in 2014-15.

During his four-and-a-half years at Anfield, he had loan spells at Fenerbahce, Sporting Lisbon, Hull City and Anderlecht before joining Fulham on a permanent deal in 2019.

Assaidi arrived at Anfield from Dutch club Heerenveen in a £2.4million deal in 2012 and the winger was tipped for a bright future.

The Moroccan international played just 12 times for the Reds, with only four of those games coming in the Premier League.

After two loan spells with Stoke City, he was deemed surplus to requirements and joined Al Ahli Club in Dubai in 2015.

Rafael Benítez lined up a deal to sign the winger in 2010 but Roy Hodgson was in the Anfield hot-seat by the time Jovanovic arrived at Liverpool.

He struggled to gain a regular place in the team under Hodgson, making just 18 appearances before being sold to Belgian club Anderlecht in 2011.

“My only regret is that the coach who brought me to Anfield left the club even before my arrival,” Jovanovic said.

“If Rafa Benitez would have stayed in Liverpool I believe everything would be different for me. There were 15 other clubs which followed me but I chose Liverpool and made a mistake.”

Moses spent the 2013-14 season on loan at Liverpool from Chelsea, and he scored on his debut for the Reds against Swansea City.

But Raheem Sterling’s emergence meant that Moses found opportunities hard to come by and the winger made just 22 appearances for the club.

Borini was Brendan Rodgers first signing as Liverpool manager after completing a move from Roma in 2012.

However, his path into the first team was blocked by the formidable front three of Daniel Sturridge, Luis Suarez and Raheem Sterling.

After three goals in 38 appearances, Liverpool somehow managed to sell Borini to Sunderland for a deal worth £10 million in 2015. 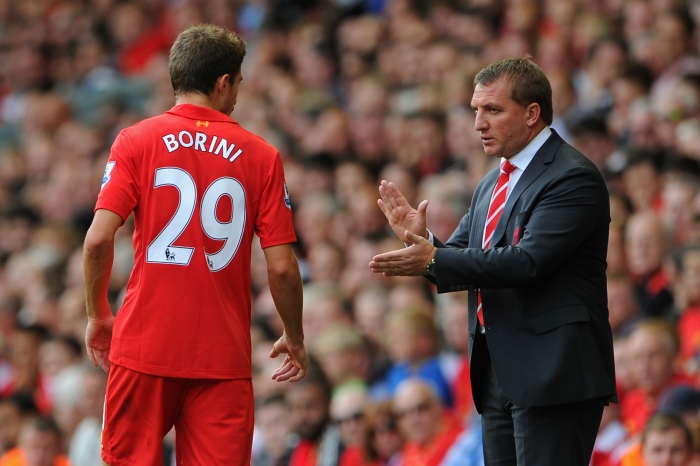 Downing’s impressive performances for Aston Villa led to a £20million move to Liverpool in 2011 and the winger arrived with high expectations.

He had a difficult debut season and failed to contribute a single goal or assist in 36 Premier League games, but he was Man of the Match in the 2012 League Cup final.

Downing then fell out of favour under Rodgers and was sold to West Ham for £5million after just two seasons on Merseyside.

Bellamy spent the 2006-07 season at Liverpool and they re-signed the Welshman on a free transfer from Manchester City.in 2011.

The forward scored nine goals in 37 appearances in 2011-12 and played an important role in their League Cup final victory over Cardiff City.

His second spell at Anfield barely lasted 12 months and Bellamy returned to Wales with Cardiff City in 2012.

Shaqiri has been a bit-part player since joining Liverpool in a £13million deal from Stoke City in 2018 and the winger is becoming frustrated with life on the bench.

“I’m disappointed that I do not play anymore,” Shaqiri told Swiss publication BZ Langenthaler Tagblatt in 2019.

“Nobody likes to sit on the bench. It’s clear that I want more time. I have to look at the situation and find a solution.”

His two goals against Manchester United in December 2018 will live long in the memory though.

Throwback to last season when we destroyed United, a Xherdan Shaqiri masterclass in a 3-1 win. What a moment this was. pic.twitter.com/GplZAUZrI9

Rodriquez joined Liverpool a free transfer back in January 2010, but he had to lie to Benitez about being able to speak English in order to seal the move.

“When I arrived in England, there was a press conference and Rafa told me he would speak first and then I would continue,” Rodriquez said in 2020.

“That was when I grabbed him and said ‘look Rafa, I need to confess something to you. I don’t know English. The only thing I know is how to say hello.

“Rafa said ‘you’re a son of a b****.’ But we were both laughing and afterwards I learned how to speak English.”

The winger went on to score 17 goals in 73 appearances over two-and-a-half years at Anfield before moving back to Argentina in 2012.

Mane joined Liverpool from Southampton for £34million in 2016, and he has continued to go from strength to strength ever since.

Under the management of Jurgen Klopp, the 28-year-old has developed into one of the best wingers in the world, and he finished fourth in the 2019 Ballon d’Or rankings.

He also played an integral role in Liverpool’s 2019 Champions League victory and looks set to help the club win their first Premier League title this season.

In just three seasons at Liverpool, Salah has racked up 91 goals and 37 assists in 144 appearances. What a player.