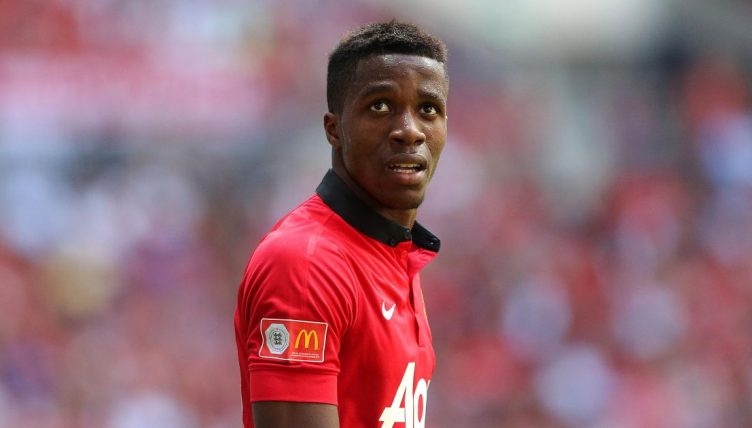 Manchester United have made a couple of once-in-a-lifetime signings in the Premier League era, and the problem with those is that they’re tough to replicate.

It took the Red Devils years to find another goalkeeper close to Peter Schmeichel’s level, while the wingers who have arrived since Cristiano Ronaldo showed up in 2003 have mostly failed to have the same impact.

We’ve gone back through the 16 wide men United have signed since the man from Madeira and ranked them from worst to best. We’ve not included the second coming of Ronaldo himself, given he’s long since morphed into an out-and-out centre-forward.

Pellistri’s literally done nothing for United; he hasn’t played a single game since Diego Forlan convinced Ole Gunnar Solskajer to sign him in 2020.

For that reason, we had to put him last.

But he’s shown flashes in pre-season this time around and there’s still time for him to come good. Fingers crossed, eh?

We did briefly consider putting Pellistri above Tosic mind you, because, after the effort United went to in order to sign the Serb, his input almost feels less than useless.

Joining in what was meant to be a joint deal with compatriot Adem Ljajic, the former Partizan player didn’t even manage a start for the club, with his last league minutes coming against Hull City in a squad which also included Richard Eckersley and Lee Martin.

Worse still, Ljajic – who didn’t end up completing his part of the move – ended up being the more accomplished player.

At least Zaha earned a start (two if you include the Community Shield), but what a waste this was.

£15million for a player quickly considered inferior to what United already had, only for him to leave and subsequently demonstrate he’s streets ahead of most of the current squad.

Diallo’s in a similar boat to Pellistri having joined the club for a decent fee based solely on his promise.

He has actually played for United, though. Nine times, in fact. He’s scored too, which is more than can be said for Zaha or Tosic.

Still, he’s got a long way to go to justify the £20million United paid to Atalanta for his services.

On the plus side, United didn’t have to pay a transfer fee for Alexis.

Also, erm, he scored that goal against Arsenal. Anything else? No?

In United’s defence, they couldn’t have seen this coming. What’s that? They could absolutely have seen it coming? Yeah, you’re probably right.

READ: Ranking the 17 South Americans to play for Man Utd in the Premier League

We had a couple of weeks at the start of the 2015-16 when it looked like Memphis would prove money well-spent after instantly forming a rapport with Luke Shaw. Then Shaw broke his leg, and everything quickly went downhill for the Dutchman too.

This one was especially frustrating. Not just for the fee, though it was substantial, but because Louis van Gaal was supposed to get the best out of him with little difficulty.

Since leaving Old Trafford, he has impressed for an exciting Lyon side and even earned a move to Barcelona. That has to sting.

READ: 12 players who did nothing at Man Utd but shone after leaving

We know what you’re thinking, Obertan surely shouldn’t be ahead of so many, but at the very least he was cheap – he played to his level, not substantially below it.

If he hadn’t been signed in the same window that Ronaldo moved to Real Madrid, he’d be remembered for what he is: a distinctly average winger who passed through Old Trafford with minimal incident.

This being enough for him to escape the bottom six says more about the players below him.

United made a £15million loss on Di Maria after one season, but he also scored that outrageous scoop against Leicester City, so who can say for certain whether or not he was a good signing?

READ: The £146million losses Man Utd have made on sales under Ed Woodward

The Wales international enjoyed a brilliant start to his United career, scoring three goals in his first four Premier League appearances, before things then went downhill quite severely.

In hindsight, he never quite had the quality required to succeed at Old Trafford, but his lack of success wasn’t for the want of trying.

Also, United made £10million profit on James, which is a big part of the reason he makes it this far up the list.

The Armenian edges out some not-so-stiff competition by virtue of helping United to a trophy with his goal in the 2017 Europa League final.

That feels so long ago, doesn’t it? As if entire lifetimes have passed since Mkhitaryan and Paul Pogba scored to break the resistance of an exciting young Ajax team including Davinson Sanchez and Davy Klaassen, with the Dutch side turning to their bench to give game time to backups David Neres, Frenkie de Jong and Donny van de Beek.

Mkhi carried that form into the opening game of the following season and then… very quickly stopped.

Honestly, after the time and money invested in luring him to Old Trafford, Sancho’s debut season was a bitter disappointment. But then again, which United players had a good campaign in 2021-22?

Rather than anything he has done, Sancho is this high in our ranking for what (probably) will do.

Now that Erik ten Hag is at the helm and Sancho will be playing in a structured attack, surely the supremely talented England winger will reproduce something resembling his Borussia Dortmund form. Right?

We’re not talking about Young the converted full-back but rather the exciting winger plucked from Aston Villa at more or less the peak of his powers.

It’s easy to forget how good Young was at times in that first season, not least in the 8-2 victory over Arsenal, and even his downhill trajectory took longer than you realise.

We reckon he’d be more highly thought of if he’d left a few years earlier, which brings us onto…

That exciting ex-Wigan winger was a huge part in Wayne Rooney’s frankly ridiculous goalscoring campaign in 2009-10, and he offered plenty of leadership and experience even after moving into defence.

His longevity was perhaps as much a symptom of United’s recruitment issues as anything else, but he rarely put a foot wrong during his decade at United.

Instantly elevated to the top five by virtue of arriving by helicopter wearing an immaculate pocket square, bumped up to fourth by the blog, elevated to third by his goals in that win against Liverpool.

Should that be how we measure these things? Absolutely.

There’s a scene in the Simpsons episode ‘Homer at the Bat’ where the titular character approaches Darryl Strawberry, a pro baseball player brought in as a ringer for Mr Burns’ company softball team, and notices they both play right field.

“Are you better than me?” asks Homer, to which Darryl replies “I’ve never met you… but yes.” This is Nani’s relationship with the last Portuguese winger to join United before him.

If Cristiano Ronaldo had never existed, we’d think a great deal more of Nani. He just had the misfortune of playing for the same country (and, briefly, the same club) at the same time as one of the best players in history, in the same position.

He achieved a fair deal, including – but not limited to – the cross for that Wayne Rooney goal in the derby. We reckon history will be kind to him.

It says a lot about the last few years of Sir Alex Ferguson’s reign that the best winger he signed after Ronaldo was great for reasons other than his wing play.

The former PSV man was Fergie’s archetype of a Big Game Player, coming in and doing whatever was required of him, whether that meant working as a ball-carrier, a destroyer or a man-marker.

Others might have been more exciting, but none were more important than the South Korea international. What’s more, he was only useful in that particular set-up, as QPR would later discover.