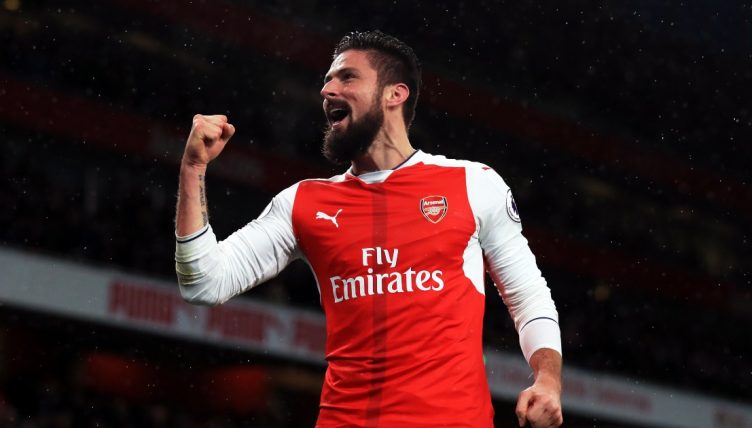 The 2023 version of the FIFA Puskas Award is almost upon us – but which winning goal has been the best overall since 2009?

The award was founded in memory of Ferenc Puskas, the former Hungary and Madrid star who scored an incredible 512 goals in 528 appearances, and a then-world record 84 in 85 internationals.

It was created with the aim to commemorate the most aesthetically pleasing, “beautiful” goals of a calendar year – and here’s what we made of each winner, using the extremely scientific calculation of subjectivity to rank them.

There’s no doubt that Salah was one of the best players in the world during 2017-18, but the decision for this particular goal in the Merseyside Derby to win the Puskas Award surprised plenty. James Milner described it as his seventh best of the season.

It was still decent, mind. With his back to goal on the side of the area, Salah manages to peel off his marker before weaving inside and striking the goal firmly passed the goalkeeper.

Ultimately, though, this goal just wasn’t different enough to be a Puskas winner.

Lira’s Twitter bio simply reads ‘2015 FIFA Puskas Award Winner’, but while he deserves to bask in the glory of it, we’re suspicious that 2015 could have done better.

Lionel Messi came second with a typical Lionel Messi goal, while third was Alessandro Florenzi’s goal from near the halfway line – against Barcelona.

It was also the year Fleetwood Town’s David Ball made the shortlist, and probably deserved to win for his brilliant skill and 25-yard lob.

This is undoubtedly a wonderful goal, but as with Papiss Cisse’s memorable strike for Newcastle United against Chelsea, it would take a brave man to say he meant for the ball to end up where it did.

For that reason, we can’t possibly rank it any higher.

Rather than pass to one of his Tottenham team-mates, Son decided to embrace his inner Messi and take on the entire Burnley team.

Despite being surrounded by five players at one point, the forward is able to run almost the full length of the pitch before cooly slotting home.

But we can’t watch this goal without getting very frustrated about the Burnley defending. Sean Dyche must have been pulling his non-existent hair out.

“Now Ronaldo. Long way out. What a goal.”

There are more technical types of goal in football, but few are more satisfying than a long-range thunderbastard.

Throwback to when Cristiano Ronaldo fired in this absolute thunder-bastard 🚀 for #MUFC against FC Porto back in 2009. Boom!https://t.co/57qPg2ztsO

Through brilliant improvisation, Zsori turns an awful cross into a world-class goal that Zlatan Ibrahimovic would be proud of.

The fact that this overhead kick was a 93rd-minute winner on Zsori’s senior debut makes it even better.

OFFICIAL: Daniel Zsori wins the wins the 2019 #Puskas award for his goal against Ferencvaros.#TheBestAwards pic.twitter.com/IcBhRKa8Il

After Son Heung-min won the award for his strike against Burnley in 2020, Lamela ensured that a Tottenham goal came out on top in consecutive years.

The Argentina international famously scored a rabona goal against Asteras in 2014 but this effort against Arsenal was even more outrageous.

Erik Lamela has won the Puskas Award for his outrageous Rabona goal against Arsenal. 💥 pic.twitter.com/PebwYJMpKe

Seeing a player volley a corner straight in is one of football’s most glorious sights.

Seeing a player do it from the very far corner of the box means you’ve just seen a Puskas Award winner. Woof.

Hamit Altıntop won the award in 2010 for this volley directly from a corner against Kazakhstanpic.twitter.com/vYNKvPz84V

See above. The audacity to hit this, with the height of the ball and the three players racing out to close him down, is just something else. It makes Paul Scholes’ goal against Bradford City look simple.

He scores with his sidefoot, for goodness sake.

The header into him, the chest, the turn, the volley – this is a very, very pleasing goal to watch. Again and again.

Watching this does make you wonder how Lionel Messi has never won the award, but this is truly sensational.

The second of four consecutive nominations for Neymar, this was the best of the lot.

The one-two, the skill and then the lifted finish. Epic.

Ibrahimovic won the award for a 30-lob over Joe Hart in Sweden’s win over England.

It was his fourth goal on the night. He was facing away from goal. The ball was about seven foot off the ground. It was an overhead kick.

As always from Zlatan, it was absolutely ridiculous.

The definition of a ‘beautiful goal’, right from the flick from Giroud in his own half, to the scorpion kick thumping into the top corner, via the underside of the crossbar.

Giroud himself admitted he was lucky that it came off, but this is what the Puskas Award is about. The sort of goal you only get to see once in a lifetime – or, in this case, twice in the space of a week after Henrikh Mkhitaryan did similar.

Second place in 2017, incidentally, was a goalkeeper scoring a 96th-minute equaliser with an 18-yard bicycle kick…

TRY A QUIZ: Can you name everyone who’s won Champions League & World Cup?