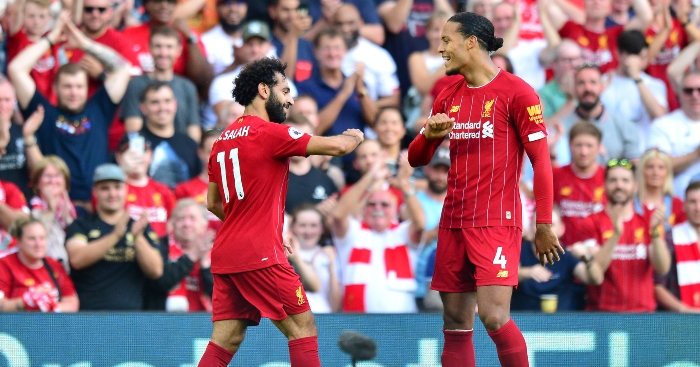 The 2010s have been a tale of two halves for Liverpool, so it should come as no surprise that the majority of their best signings this decade have come under the management of Jurgen Klopp.

While they came agonisingly close to winning the Premier League title in 2013-14, the first half of the decade also contained the disappointing end of Rafa Benitez, the farce of Roy Hodgson and the ups and downs of Kenny Dalglish and Brendan Rodgers.

We’ve ranked the Reds’ 15 best signings of the decade, with just six arriving outside of Klopp’s tenure as boss.

A player who many Liverpool fans were initially unconvinced by, Matip has grown in stature on Merseyside, especially now he is surrounded by the likes of Alisson Becker and Virgil van Dijk rather than Loris Karius and Alberto Moreno.

It’s hard to turn your nose up at a free transfer that becomes an integral part of a European Cup-winning team.

READ: We have now entered the age of Joel Matip 2.0 at Liverpool

Signed as an obviously talented but regularly frustrating striker on the fringes of Chelsea’s first team, Sturridge initially flourished at Anfield, dovetailing with Luis Suarez – more on him later – to almost fire Liverpool to the title in 2013-14.

The subsequent years were blighted by fitness issues, but he left the Reds with a record of a goal every 137.4 minutes and a Champions League winners’ medal.

Okay, there were plenty of ups and downs, but for a player signed for an initial £600,000 as a 15-year-old from QPR in 2010 and sold five years later for just short of £50million, you know something has gone very right along the way.

Like a number of players on this list, it took Fabinho time before he settled into life at Anfield and started to produce his best, but once things clicked it became apparent the Brazilian was the missing piece of Liverpool’s midfield jigsaw.

Let’s just ignore the fact he wears No.3.

Now we move on to three trusty central midfielders who help lay the platform for Jurgen Klopp’s forwards to grab the headlines. It feels only fitting to place them back to back, but we could have put them in any order and it would have been hard to argue.

Wijnaldum is the first entry, simply because he has been at the club for the shortest time. 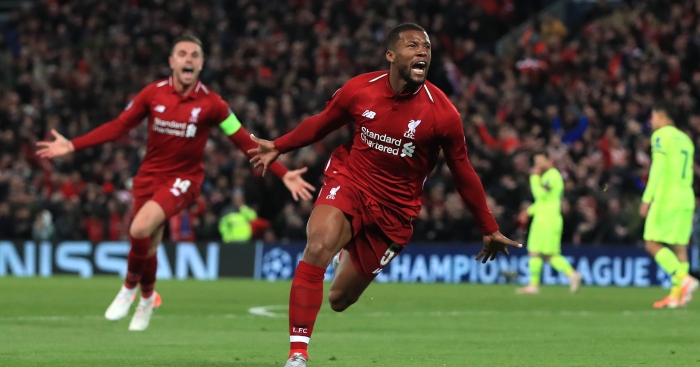 READ: The brilliant Georginio Wijnaldum will get his recognition some day

Henderson has undoubtedly had his ups and downs at Anfield after initially being signed as the heir apparent to Steven Gerrard, but that only makes us admire the midfielder even more.

He may not be the same player as Gerrard but, like Gerrard, he will go down in folklore as a European Cup-winning captain with the Reds.

“Without Millie’s dressing-room talks before the game – with a non-native manager – I think it would not be possible,” Jurgen Klopp said after Liverpool’s Champions League final victory over Tottenham in June.

Leadership is impossible to quantify, but the way in which Milner continues to set the standards for professionalism at the age of 33 – he has a training exercise named after him – and the reverence with which his manager and team-mates talk about him speaks volumes about the impact the midfielder has had at Anfield.

You may not be able to quantify leadership, but you can quantify the Yorkshire Figo breaking the record for most assists in a single Champions League season.

Not bad for a free transfer.

We don’t need to say much else really, do we?

The perfect embodiment of Jurgen Klopp’s football and the engine of the Reds’ frightening front three.

Firmino may not be as prolific as Sadio Mane and Mo Salah, but the Brazilian is relentless in everything he does, meaning if his fellow forwards have an off day, he’s there to pick up the slack.

Just don’t call him a false nine otherwise we’ll shout at you.

Signed for just £8.5million in 2013 and sold for a potential £142million five years later.

Liverpool may have actually improved following the sale of Coutinho, with the profits from that deal allowing them to strengthen in their remaining areas of weakness, but don’t let that mask how good the attacking midfielder was during his time at Anfield.

“Up there with the best I shared a pitch with,” wrote Steven Gerrard on Instagram following Coutinho’s departure to Barcelona.

Just one League Cup, plenty of controversy and an acrimonious return to Anfield with Barcelona, but f*cking hell Suarez was outrageously good for Liverpool.

His 31 goals in 33 Premier League appearances so nearly carried the Reds to the title in 2013-14, which was also his second-consecutive 30+ goal campaign in all competitions.

“He occupies the whole back four by himself,” Steven Gerrard told BT Sport in 2017. “He was an absolute dream to play with. He was always on the move so that you could pick him out. Just a phenomenal footballer.”

If Firmino and Mane are unable to boast a Suarez season, Salah has no such problem having broken the record for goals in a 38-game Premier League campaign with 32 in 2017-18.

To date, Salah’s record for Liverpool stands at 60 goals in 86 Premier League appearances, and 80 goals in 123 games in all competitions.

After missing out on Van Dijk in the summer of 2017, Liverpool decided to wait six months to get their man rather than turn to a different target, and their patience has been justified by the centre-back’s transformative effect on the Anfield backline.

We put him top of our ranking of Jurgen Klopp’s signings and, when you take into account pure value, Robertson has to top this list too.

While the footballing world was ogling at the astronomical fees paid by PSG and Barcelona to sign Neymar and Ousmane Dembele respectively, Liverpool spent £8million on a defender recently relegated with Hull City, and Klopp promptly turned him into arguably the best left-back in the world.