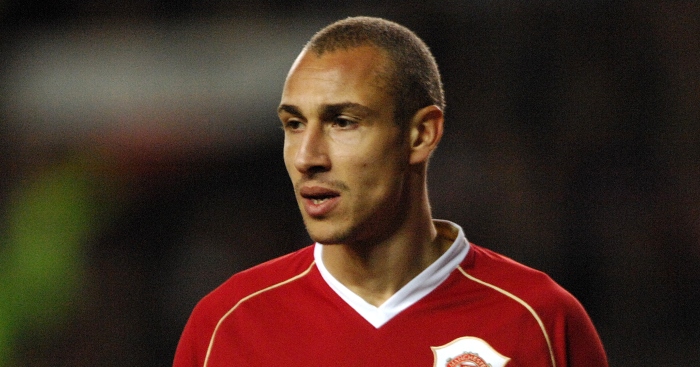 Despite being one of the richest clubs in the world, Manchester United have often used the loan market to try and bolster their squad.

United have tried – and failed – to buy several forwards this summer, with executive vice-chairman Ed Woodward coming under increasing pressure.

With the Red Devils reportedly looking to sign Ousmane Dembele on loan from Barcelona, we’ve looked at the 11 players United have previously signed on loan in the Premier League era to see how they fared at Old Trafford.

No, we’ve never heard of him either.

Leao joined United on loan from Desportivo Brasil in 2011 and made a few appearances for their reserves before returning to Brazil.

“When my contract ended, Ferguson said to me, ‘Rafael, I would like to thank you for the time you stayed with us. We like you very much, but we would have to loan you to a third or fourth division team in England, it is better for you to return’,” Leao told ESPN Brasil in 2019.

“I thanked him, but later I learned of another situation. Manchester United wanted to keep me for another year on loan, but Desportivo only accepted to sell me because my contract was ending.”

After spending the first half of the 2014-15 season on loan at League Two side Plymouth Argyle, Kellett completed a shock move to United in January 2015.

“He thought I was winding him up,” former Bolton manager Neil Lennon told Sky Sports News. “Once I sat him down and he stopped shaking, he seemed to take it all in.”

The defender made 10 appearances for the club’s Under-21s before returning to Bolton, who promptly sold him to Wigan.

Arnott joined United on loan from Gillingham ahead of the 1992-93 season and played in the Blue Stars Youth Cup, scoring two goals as United reached the final.

He failed to make a competitive first-team appearance, however, and was sent back to Gillingham a few months later.

Having served his apprenticeship at United, Digby left for Swindon Town in 1986 following a successful loan spell.

The goalkeeper made a brief return to Old Trafford on loan for two months in 1992 and was selected as a substitute on several occasions but never came onto the pitch. He still enjoyed it, though.

“I was fortunate that I did go back on loan and spend two months at United, which was probably the best two months of my career,” Digby told the Swindon Advertiser in 2015.

“It was under Sir Alex and I worked with Peter Schmeichel. It was fantastic to be around them for two months and, when I came back to Swindon, I was like a rejuvenated person.

“When I came back I played all the rest of the season and we ended up beating Leicester and got into the Premiership.”

Steele joined United on a month-long loan deal from Peterborough United in March 2002 and made two appearances for their reserves.

The goalkeeper did enough to impress coaches and joined the Red Devils on a permanent deal at the end of the season.

Goram may have been a poor signing for United, but at least he actually played for the club.

When Fabian Barthez and Raymond Van Der Gouw were sidelined by injuries in 2001, United made the left-field decision to sign a nearly-37-year-old Goram on loan from Motherwell.

The goalkeeper made two appearances as United closed in on the Premier League title, conceding two goals in each game. 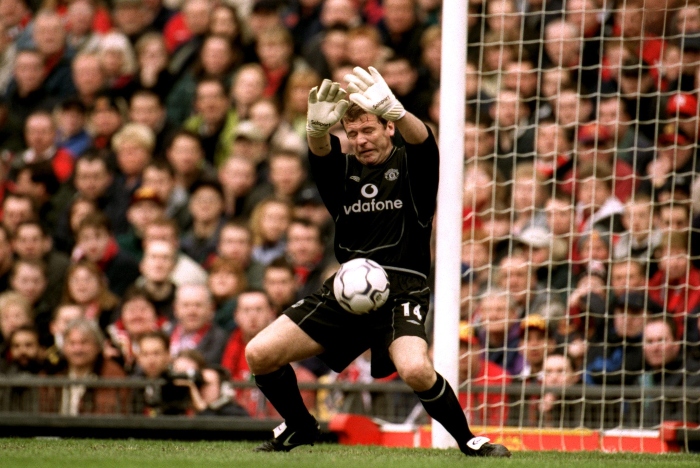 Falcao joined United on a season-long loan from Monaco in 2014 with a reputation as one of the best strikers in Europe.

The Colombia international failed to live up to expectations at Old Trafford, however, scoring just four goals in 29 appearances in all competitions.

He had another disastrous loan spell at Chelsea before rediscovering his best form with Monaco.

Despite West Brom’s relegation in 2006, Kuszczak had impressed sufficiently to earn a loan move to United as Edwin Van Der Sar’s backup.

The goalkeeper gave away – and saved – a penalty on his debut before making another 12 appearances in all competitions in 2006-07.

He then made the move permanent at the end of the season.

Eyebrows were raised when United signed the former Watford striker on loan from Chinese side Shanghai Shenhua in January 2020.

“I never thought this was going to happen, but dreams do come true, so I’m very happy to be here and this is going to be a big and good challenge for me in my career,” Ighalo told MUTV.

He proved his doubters wrong at Old Trafford, scoring five times in his first 19 appearances, earning a six-month extension to his loan deal.

READ: Odion Ighalo is a product of Man Utd’s incompetence – but we’re loving it

Larsson only spent 10 weeks at United before returning to Helsingborgs, but he made quite an impression in his short time at Old Trafford.

The striker scored three goals in 13 appearances and proved an influential figure in the dressing room as the Red Devils won the Premier League title in 2007.

“On arrival, he seemed a bit of a cult figure with our players,” Sir Alex Ferguson said after Larsson returned to Sweden.

Tevez may have joined arch-rivals Manchester City when his loan deal expired, but don’t forget just how good he was at Old Trafford.

Brought in on a two-year loan deal from West Ham/Media Sports Investment, the striker formed part of one of the most feared attacking trios in Premier League history alongside Wayne Rooney and Cristiano Ronaldo.