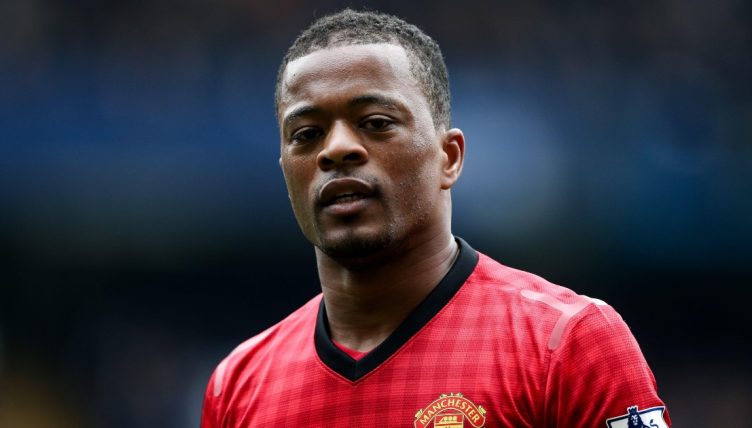 While Manchester United had some incredible left-backs in the Sir Alex Ferguson era, it has become a problem position in recent years.

After selling Patrice Evra in 2014, the Red Devils have struggled to find an adequate replacement but are hoping that Tyrell Malacia will be a successful signing.

Here, we rank all 14 left-backs to make a Premier League appearance for the club. Note: we’ve ignored the likes of Phil Neville, Matteo Darmian and Marcos Rojo who made some appearances at left-back but were primarily used in other positions.

Mitchell came through the United academy but only made one first-team appearance, playing all 90 minutes of a 2-0 win over Crystal Palace in the final match of the 2016-17 season, and was released in 2020.

After impressing in the reserves, Eckersley made two Premier League appearances for United in 2008-09 before joining Burnley on a permanent deal.

Fryers made two substitute appearances in the Premier League for United but joined Standard Liege in 2012 after a contract dispute.

One of several academy graduates under Louis van Gaal, Borthwick-Jackson made 10 Premier League appearances in 2015-16.

The left-back failed to build on a promising debut season and was released in 2020 after loan spells at Wolves, Leeds, Scunthorpe, Tranmere and Oldham.

Writing on Instagram after his departure had been confirmed, Borthwick-Jackson spoke of his pride at representing his boyhood club but added: “I’ve had many negative experiences which in turn have become lessons, especially in recent years.

Buttner joined United from Vitesse Arnhem in 2012 and made a remarkable start to his Premier League career, scoring a brilliant solo goal on his debut against Wigan.

However, that was about as good as it got for the left-back, who went on to make another 12 Premier League appearances before joining Russian side Dynamo Moscow in 2014.

Signed from Porto in 2020, Telles arrived at Old Trafford with high expectations on his shoulders but struggled to usurp Luke Shaw and was often caught out defensively.

He did manage to produce one moment of magic in a red shirt, scoring a Paul Scholes-esque volley against Villarreal in the Champions League group stages.

The Brazil international has been shipped off to Sevilla for the 2022-23 season, and we’d be surprised if he ever adds to his 30 Premier League appearances.

Another United academy graduate, Williams was handed his first-team debut by Ole Gunnar Solskjaer in September 2019 and made 36 appearances in all competitions in a promising breakthrough season.

The full-back became a fan favourite due to his sh*thousery but fell down the pecking order following Telles’ arrival in the summer of 2020.

After an underwhelming loan spell at Norwich City in 2021-22, he now finds himself deemed surplus to requirements at Old Trafford.

Blackmore’s final few years at Old Trafford were blighted by injury problems and the defender made 14 appearances in the inaugural Premier League appearances season before joining Middlesbrough in 1994.

Fabio joined United from Fluminense in 2008 alongside twin brother Rafael but the pair had contrasting fortunes at Old Trafford.

Despite being regarded as the brighter prospect, Fabio was unable to establish himself as a first-team regular due to Evra’s performances and joined Cardiff City in 2014.

When Young arrived at United from Aston Villa in 2011 he was regarded as a quick and exciting winger, capable of scoring sensational goals.

The former England international eventually reinvented himself as a full-back under Louis van Gaal and Jose Mourinho, becoming a consistent and reliable performer in his new role.

He was even appointed club captain in 2019 before joining Serie A side Inter Milan in January 2020.

Having been named in the 2013–14 PFA Team of the Year, expectations were high when Shaw completed a £27million move to United.

The left-back enjoyed a promising start to his Old Trafford career before suffering a double leg break against PSV Eindhoven in 2015.

He became the whipping boy during Mourinho’s ensure but thrived under Solskjaer, winning the Manchester United Players’ Player of the Year award in both 2018-19 and 2020-21.

His form fell off a cliff after scoring for England in the Euro 2020 final, but the 27-year-old will be hoping to get back to his best under Erik ten Hag.

Heinze joined United from PSG in 2004 and enjoyed a promising debut season, winning the Sir Matt Busby Player of the Year award.

He eventually fell behind Evra in the pecking order at Old Trafford, however, and famously demanded a transfer to rivals Liverpool in 2007.

The former Argentina international did eventually get a move that summer, signing for Spanish giants Real Madrid instead.

After joining United from Monaco in January 2006, Evra endured a difficult start to life in English football and was substituted at half-time on his debut against Manchester City.

“At half-time he gave the hairdryer for one minute to every player. It was a long 15 minutes. At the end he say to me in five seconds, ‘Patrice, sit down. You will learn how to play in England.’

But the former France international quickly found his feet with the Red Devils to become one of the best left-backs in the world, winning five Premier League titles and the Champions League at Old Trafford.

Comfortable in both full-back positions, Irwin established himself as a model of consistency during his 12 years at United, making 529 appearances for the club in all competitions.

The former Republic of Ireland international was a key part of the squad that won seven Premier League titles, two FA Cups and a Champions League title.