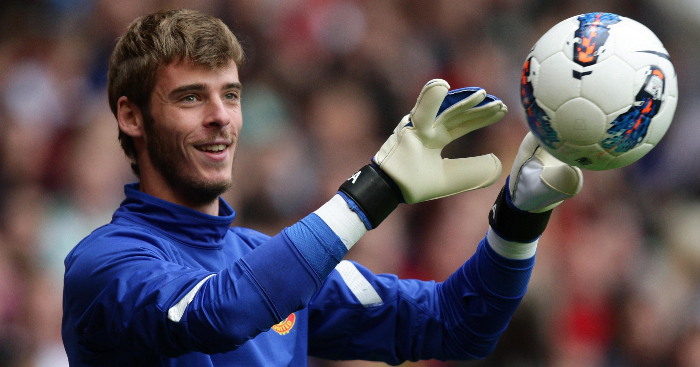 Manchester United have had a topsy-turvy decade and have not had the best of times in the transfer market, but there have been some success stories.

United started the 2010s as England’s dominant force but are ending it as also-rans, with many blaming their recruitment for the fall from grace. But, after a lot of debate in the Planet Football office, here’s who we’ve judged to be their 13 best signings of the decade.

Notable omissions include Harry Maguire, Daniel James and Aaron Wan-Bissaka, who have all shown positive signs early in their Manchester United careers but have also featured in the club’s worst-ever start to a Premier League season. We decided it’s too early to make judgements.

United’s first signing of the decade, the deal to land Smalling was agreed in January 2010, with the defender spending the rest of the season with Fulham.

The Red Devils’ defence has been much maligned in the post-Ferguson years, but Smalling tended to be a reliable presence, most notably shining under Louis van Gaal.

Opinions on him have changed as time has gone on, but he’s proving his quality once more, albeit on loan at Roma.

A slow starter to life at United, Lindelof has continued to grow in stature over the past two seasons, earning praise from both Jose Mourinho and Ole Gunnar Solskjaer.

Perhaps most importantly, Solskjaer has complimented the centre-back’s leadership qualities, which could be crucial while United’s young guns develop over the coming seasons.

Often used as a symbol of how far United have fallen since Sir Alex Ferguson’s retirement, Fellaini did actually have his uses at Old Trafford and came up with some important goals.

We also just feel a little bit sorry for him.

Almost immediately cast to one side by David Moyes, Hernandez was a very useful player for Ferguson in his first three years at United, scoring 20 goals and winning the title in his first season and then scoring 18 and winning it again in his third.

Moyes and Louis van Gaal’s distrust of him was perhaps understandable, but you sense he would have stayed and contributed more than other players did had Fergie stuck around for longer.

In a footballing sense, Herrera was a very good signing, adding composure to United’s midfielder but perhaps more importantly a bit of nastiness. Not your archetypal hatchet man, Herrera was a sly sh*thouse during his five years at Old Trafford and we bloody loved him for it.

In a business sense, signing him for £32million and allowing him to run down his contract, eventually leaving on a free for PSG, was not Ed Woodward’s finest hour.

Martial is a hard player to explain. A little like another Frenchman, Pogba, his problem is not what he has done but more what he hasn’t: there have been plenty of highlights since he signed from Monaco in 2015 but perhaps not as many as people expected for what was then a world-record fee for a teenager.

But we prefer to focus on the brilliant goals, the wonderful dribbling and the many, many nutmegs. He can definitely improve – and still only 24, he will – but Martial is a player we just love to watch and absolutely a player Ole Gunnar Solskjaer will want to keep around as he looks to build the next great United team.

Young is a player many like to criticise, but while him captaining the team from left-back at the age of 34 hints at the problems United have endured in the transfer market, it certainly shouldn’t be used as a stick with which to beat him.

Indeed, it just proves that while many other signings during the 2010s have flopped badly, Young is a player who successive managers have felt the need to keep around.

And though he may be more steady than exciting now, that certainly hasn’t always been the case, and his form was so good in 2017-18 that he returned from a four-year international exile to go to the World Cup as England’s first-choice left-back.

Still the club’s record signing, there’s always been a lingering sense of frustration that Pogba has been unable to consistently play to the very best of ability at Old Trafford.

But he was largely excellent during the 2017-18 campaign, the club’s best in the league since Ferguson retired as they finished second behind runaway leaders Man City, with the Frenchman registering 10 assists and scoring six goals from 27 Premier League appearances.

He struggled during Jose Mourinho’s implosion – as anyone well might – but looked among the best midfielders in Europe during the early weeks of Solskjaer’s reign, resembling the player that led France to the World Cup.

David Moyes’ second signing after Fellaini, Mata is a very different player nowadays to the one United got from Chelsea in 2014, but while plenty of others have fallen by the wayside in the intervening years, Mata has continued to play regularly for four managers.

It looked like he might leave at the end of his contract in 2018, but instead United gave him a new three-year one to keep him at Old Trafford until he’s 34, with talk they want him to stay on after he finishes as a player.

He’s a lovely, lovely man and still a fine footballer, too.

You might call it cheating, but how could we not include Scholes?

The legendary midfielder originally announced his retirement after the title win of 2011, with over 100 goals and 600 appearances to seal his status as a United legend.

But that legend would only grow after he sensationally returned in January 2012, having spent more than six months out of the game, as his old club suffered an injury crisis.

He came off the bench as United went to the Etihad and knocked Manchester City of the third round of the FA Cup, and went on to play for another 18 months.

Scholes played a role as the Red Devils wrestled the title back off their city rivals in 2012-13 before fittingly retiring – for good – alongside Ryan Giggs.

Plenty doubted him at 34, but Ibrahimovic once again delivered on his bold claims when he rocked up in Manchester.

He brought a sense of fun and stardom back to Old Trafford after it had been lacking for a long time, announcing himself with a winner against then-champions Leicester at Wembley and going on to finish his first season as top scorer with 28 goals.

While Mourinho calling it ‘a treble’ might be pushing it somewhat, United fans have endured a lot worse in recent years than winning the Europa League, League Cup and Community Shield in 2016-17, and Zlatan was front and centre in delivering that silverware. What a free signing. 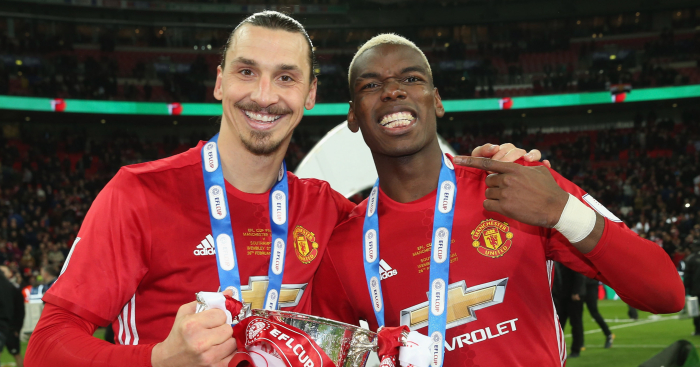 Van Persie’s signing from Arsenal almost singlehandedly delivered the title for United in 2012-13, as the Dutchman scored 26 league goals – making him top scorer – to give Ferguson the perfect send-off.

He struggled for the same kind of form under David Moyes as everything subsequently started to fall apart around him, but that one campaign alone was enough to make him a United hero. Unstoppable at his very best.

Joining as a 21-year-old in 2011, there was some early criticism for the young goalkeeper, who looked to have been weighed down by the weight of hype, a then-considerable £22million fee and the pressure to succeed Edwin Van der Sar.

He certainly proved the doubters wrong, though, winning the title in 2012-13, forming a reputation as one of the best shot-stoppers in the world with some ludicrous saves, winning their Player Of The Season award four times with some absolutely chaotic defences playing ahead of him.

A slight dip in 2018 aside, De Gea been a quality servant for United, whose post-Ferguson decline would surely have been even worse were it not for the heroics of the Spain international. It’s not difficult to imagine him with a long list of honours won had he played in better teams.