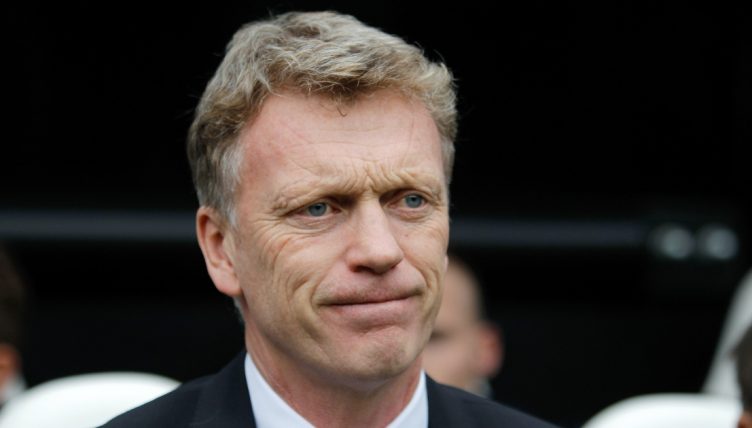 Sir Alex Ferguson’s legacy at Manchester United will live long in the football history books and it will take someone truly remarkable to overtake him as the Premier League’s greatest manager.

United haven’t had so much joy since his retirement, though, with four sackings in just the nine seasons since his departure.

We’ve had a look back at each of those campaigns since the Scot departed and ranked them from worst to best.

It was never going to be an easy task to take over from Fergie at Old Trafford, but this was a bit of a disaster.

David Moyes was the man trusted with the job and, apart from winning the Community Shield, early signs weren’t too promising, with United making their worst start to a campaign since 1989.

Amid the results was a farcical summer window where they failed to land almost every target they had. Aside from Marouane Fellaini, of course.

Moyes’ nightmare didn’t even last a full season as United passed the task onto Ryan Giggs, who took charge until the end of a long, hard season which brought the club’s lowest finish since 1990.

Statistically, this season was actually worse than 2013-14 as United picked up just 58 points from 38 Premier League games.

The fact that United were being tipped as title contenders at the start of the 2021-22 campaign makes their underperformance even more striking.

Alongside their poor performances in the league, they also lost to Middlesborough in the FA Cup and were knocked out of the Champions League by Atletico Madrid to make it five seasons without a trophy.

But Cristiano Ronaldo’s return to Old Trafford did at least give United fans something to cheer about. He was their best performer and produced some excellent moments, including late winners against Villarreal and Atalanta and hat-tricks against Tottenham and Norwich City.

Well, how on Earth do you sum this one up?

Mourinho suffered from his infamous third season syndrome and was binned before Christmas had come around, but not soon enough for many fans.

It looked like Solskjaer was steering United back onto a good path, but things took a turn for the worse towards the end of the campaign which concluded with a home defeat to relegated Cardiff City.

2019: Manchester United go to PSG and complete a comeback from 0-2 down with a 94th-minute penalty 🤯

The year that Leicester City won the Premier League. That’s not really relevant, but we just still can’t believe it happened. Anyway…

United enjoyed some long-awaited domestic success in their second season under the guidance of Louis van Gaal, getting their hands on the FA Cup for the first time since 2004.

While United were often boring to watch in 2015-16, Anthony Martial’s arrival and Marcus Rashford’s emergence did provide some entertainment for the fans.

But they dropped down into the Europa League after not making it through their Champions League group and then went and lost to fierce rivals Liverpool in the round of 16.

League action didn’t bring them much luck either as goal difference meant Manchester City pipped them to fourth place.

Van Gaal was the man tasked with restoring some pride to Old Trafford after Moyes’ departure, so losing 4-0 to MK Dons probably wasn’t part of the plan.

Van Gaal certainly didn’t struggle where Moyes did, in that he managed to convince big names such as Angel Di Maria and Radamel Falcao to make the move to Manchester. But let’s just say those signings were better on paper.

Victories over Manchester City, Liverpool and Tottenham in the spring were among the highlights of the season and Juan Mata’s brace at Anfield is arguably United’s best moment in the post-Ferguson era.

They didn’t win any trophies but secured Champions League qualification after finishing fourth and looked to be on the right track.

After becoming United’s permanent manager, Solskjaer spent £150million on new signings and started the 2019-20 season with a 4-0 win over Chelsea.

Things then started to go downhill and the Norwegian faced an uncertain future but Bruno Fernandes’ arrival in the January transfer window helped save United’s season.

United played some brilliant football post-lockdown period at the end of 2019-20 and became the first side in Premier League history to win four games in a row by three or more goals.

But their fans had to watch as Liverpool ended their 30-year wait for a league title and United then lost to Sevilla in the Europa League semi-final.

Mourinho led United to their best Premier League campaign in the post-Ferguson era as they picked up 81 points. They finished second to Manchester City who, of course, made history by reaching the 100-point mark.

The highlight of the season was their win over City at the Etihad as a Paul Pogba brace and Chris Smalling’s goal helped United come from 2-0 down and win 3-2.

Summer signing Romelu Lukaku also made the desired impact after his big-money move, scoring 27 goals in all competitions in his debut season.

The campaign certainly had its low points, though, as they lost to Chelsea in the FA Cup final and their Champions League round of 16 defeat at home to Sevilla left a sour taste.

Nevertheless, it was something to build on for next season. Or so it seemed.

On this day in 2018: Manchester United came back from two down to win, preventing City from winning the derby and the league title at the Etihad 🔴

After losing 3-1 to Crystal Palace and 6-1 against Tottenham in the first three games of 2020-21, United looked set for a dreadful season.

But Solskjaer managed to turn things around once again and Fernandes picked up where he left off in 2019-20, registering 28 goals and 17 assists.

The Red Devils also went unbeaten away from home in the league ad finished second for just the second time in the post-Ferguson era.

But Solskjaer’s side did struggle in Europe as they finished third in their Champions League group before suffering an agonising Europa League final defeat against Villarreal.

Yes, finishing second is far more impressive than sixth. But in the context of where the club was before Mourinho took charge, this really felt like a huge season. Manchester United were on their way back.

The self-appointed ‘Special One’ replaced Louis van Gaal in the hot seat at Old Trafford and made an immediate impact by adding three trophies to the long list of club honours.

Other positives included the capture of Zlatan Ibrahimovic, who netted 28 goals in all competitions, and the return of Paul Pogba.