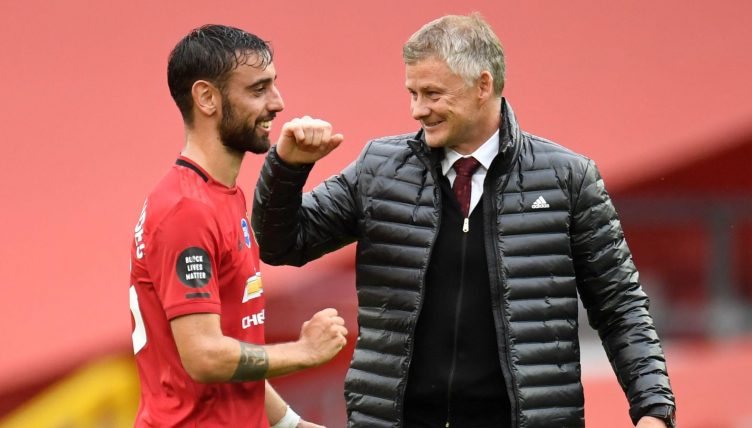 Ole Gunnar Solskjaer spent around £400million on new players during his three years at Manchester United – but how have his signings fared at Old Trafford?

Solskjaer famously didn’t win a trophy at United but he can reasonably argue that he left a better squad and legacy than his predecessor Jose Mourinho.

We’ve ranked each of his 16 signings from worst to best. Note: we’ve only included senior signings – i.e. those that made their professional debut before joining United.

Rub your eyes, give your glasses a wipe – yes, that actually does say Paul McShane.

McShane came through United’s academy but never made a first-team appearance and was sold to West Bromwich Albion in 2006.

After playing for several clubs in English football’s top three divisions, the 35-year-old returned to Old Trafford as a player-coach and has made six appearances for United’s Under-23s.

“I’m not here to play, I’m not here to get in the first team, so it’s not an issue that I don’t play certain games,” McShane told Goal in October 2021. “I’m here for the coaching side.

“The beauty of it is that I can still play, so I can get a different perspective on things in training sessions and in games, and I can help lads when we’re in the thick of the action.”

One of two goalkeepers on this list, Bishop showed promise at Southend United before being snapped up by the Red Devils in January 2020.

The 23-year-old has been named on the bench for three United games and spent last season on loan at League Two side Mansfield Town.

Heaton, who left United on a free transfer in 2010, returned to his boyhood club and signed a two-year contract in 2021.

The goalkeeper made one appearance, a 22-minute cameo in a dead rubber against Young Boys, and remains third in the pecking order following Martin Dubravka’s arrival.

After Pellistri got a glowing reference from former United striker Diego Forlan, Solskjaer decided to sign him from Uruguayan side Penarol in October 2020.

The winger made a few appearances for United’s Under-23s before joining Spanish side Alaves on loan in search of regular first-team football. He didn’t exactly light things up at the La Liga club and has yet to appear under Erik ten Hag either.

Eyebrows were raised when United signed Ighalo on an initial six-month loan deal from Chinese side Shanghai Shenhua in January 2020.

“I never thought this was going to happen, but dreams do come true, so I’m very happy to be here and this is going to be a big and good challenge for me in my career,” Ighalo told MUTV after joining the club he supports.

The former Watford striker did the job required of him and came close to achieving cult hero status at Old Trafford, scoring five goals in 11 cup games.

Ighalo was eventually deemed surplus to requirements, but he’ll always have that goal against LASK…

Having played a key role in the Ajax side that reached the 2019 Champions League semi-finals, expectations were high when Van de Beek completed a £36million move to United in 2020.

Despite scoring on his Premier League debut, he failed to earn Solskjaer’s trust and surprisingly started just 17 games under the Norwegian.

A loan to relegation-battling Everton failed to reignite his career and it doesn’t look like Ten Hag fancies him much either.

After four years at Porto, Telles joined United in a £13.6million deal in 2020 and was expected to establish himself as their first-choice left-back.

But his arrival at Old Trafford seemed to spark an upturn in form for Luke Shaw, who enjoyed his best-ever season in 2020-21.

He did at least score one Paul Scholes-esque goal against Villarreal, but he never quite took advantage of Shaw’s drop-off in form. He’s since been loaned out to Sevilla and it’s difficult to imagine he’s got much of a future at Old Trafford.

James became Solskjaer’s first signing at United in the summer of 2019, joining from Championship side Swansea City in a £15million deal.

The Wales international got off to a brilliant start with three goals in his first four Premier League appearances but failed to maintain that form.

His pace and work ethic made him a useful squad player until United decided to cash in, selling the winger to Leeds in a £25million deal in 2021. At least United made a profit – you don’t say that very often.

Amad, who joined United for an initial £17million in January 2021, was regarded as the next big thing at Old Trafford. He’s since shown flashes of quality, at United and the Under-23s, but didn’t quite kick on as expected out on loan at Rangers.

There’s still every chance he comes good, as his form at Sunderland this season has showed, but it’s starting to look less of a surefire thing.

🤩 What a header it was! pic.twitter.com/bvtpeSivnw

After just one full Premier League season as Crystal Palace’s starting right-back, Wan-Bissaka then completed a £50million move to United in 2019.

He then established himself as one of the best one-on-one defenders in the world, producing brilliant performances against the likes of Raheem Sterling and Kylian Mbappe.

But in an era when full-backs are expected to charge down the flanks and create opportunities for the forwards, his offensive play ultimately leaves a lot to be desired.

“Wan-Bissaka – I don’t even think Palace would take him back,” former United captain Roy Keane said in October 2021. “He’s not good enough for Manchester United. No feel for the ball [or] decision making.”

He’s since fallen behind Diogo Dalot in the pecking order and his days at United look numbered. Like so many others at United in recent years, Wan-Bissaka seems to have regressed rather than progressed.

The club icon completed a fairytale return to Old Trafford in 2021 but it was around then that things fell off a cliff for Solskjaer and United.

His many fans would argue that he was the least of all the club’s problems in 2021-22, given his respectable return of 24 goals, including dramatic late winners against Villarreal and Atalanta in the Champions League group stage.

But Solskjaer’s United never looked a better team with Ronaldo in it and Ralf Rangnick also failed to make it work. His contract was cancelled in November 2022 and we bet Ten Hag is secretly pleased to be shot of him.

During his four years at Borussia Dortmund, Sancho developed into one of the best and most exciting young players in world football.

His form made him a top target for Solskjaer and United, who finally landed him in the summer at the second time of asking in a £73million deal.

The England international’s return of three goals and three assists in his debut Premier League season was desperately disappointing, and less than Dan James managed at Leeds, but you’d be a fool to write him off entirely.

After Jose Mourinho tried to sign Maguire from Leicester City in 2018, Solskjaer renewed their interest a year later and United completed an £80million deal.

The England international helped shore up their defence and kept a total of 26 Premier League clean sheets during his first two seasons at United, more than any other outfield player in that period.

An ankle injury at the end of the 2020-21 season showed his importance to the side as he was sorely missed in their Europa League final defeat to Villarreal.

That’s all pretty easy to forget now. It’s been over a year of disastrous form and United have looked a lot more solid since Ten Hag made the decision to drop Maguire to the bench.

At this point you have to judge the signing as more hit than miss.

Varane arrived at United with some serious pedigree, having won three La Liga titles, four Champions Leagues during his 10 years at Real Madrid.

The centre-back, who also won the 2018 World Cup with France, was snapped up at a bargain price of just £36million in the summer of 2021 and received a rapturous welcome at Old Trafford.

His first season at Old Trafford coincided with a severely dysfunctional team around him and a series of injury issues, culminating in United’s worst points tally of the Premier League era. But he showed his quality at times and his new partnership with Lisandro Martinez points to better days ahead.

Cavani joined United as a 33-year-old free agent amid doubts from some whether he could make an impact on the Premier League.

The Uruguay international silenced his critics and quickly became a fan favourite at Old Trafford, scoring 17 goals in 39 appearances in all competitions in his debut season, proving key to United’s second-place finish in 2020-21 – only the second time they’ve finished in the top two since Sir Alex Ferguson’s retirement.

He probably stayed a year too long and was surplus to requirements following Ronaldo’s return, but a real asset for a time.

Since joining United from Sporting Lisbon in January 2020, Fernandes has a remarkable record of 51 goals and 40 assists in 132 appearances in all competitions.

Strangely enough, his form dipped significantly following the arrival of his Portugal team-mate Ronaldo, but he now looks back to his best with his compatriot on the bench.

If it wasn’t for the Portugal international and his transformative impact, Solskjaer probably would’ve been dismissed a lot earlier than November 2021.