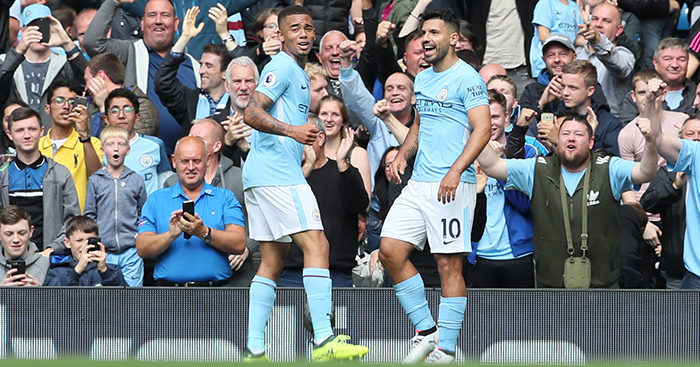 It should come as no surprise to learn Manchester City, Manchester United and Chelsea have been the three most clinical teams in the Premier League so far this season – and Liverpool are a long way from being the worst in this regard.

Much has been said and written about Liverpool’s apparent profligacy during the opening two months, but the Reds have actually converted the seventh highest percentage of their efforts on goal (excluding blocked shots) in the Premier League after six games.

However, their conversion rate is significantly worse than that of Manchester City, who have had exactly the same amount of shots as Jurgen Klopp’s side – 89, the most in the league –  but scored nine more goals.

At the other end of the scale, Crystal Palace have had the 11th most shots in the Premier League but are yet to score, while Southampton and Stoke City have had the eighth and ninth most efforts but are also struggling to put them away.

Although they go some way to showing how clinical a team is in front of goal, certainly over the full season, conversion rates do not take into account where the shots were taken from. After all, if a team is struggling to score but taking 90% of their shots from outside of the area, it’s still more than likely the creators rather than the finishers that are to blame.

It is useful, therefore, to look at the percentage of what Opta describe as ‘big chances’ – defined as ‘a situation where a player should reasonably be expected to score usually in a one-on-one scenario or from very close range’ – that each team creates and takes.

Manchester City have created an astonishing 28 in their six games, seven more then Manchester United and 12 more than their next closest competitor, Liverpool, but Pep Guardiola’s side have only taken half of them, the same as the Merseysiders.

Chelsea, meanwhile, have created only 10 big chances, the ninth most in the league, but have taken 60% of them, a percentage only bettered by Bournemouth.

Palace have actually created two more big chances than the champions, really calling their finishing into question. Arsenal are among the other teams that will be looking for an improvement in this regard having created 15 big chances but converted only four.

Can you name the top 30 players to have made the most PL appearances?