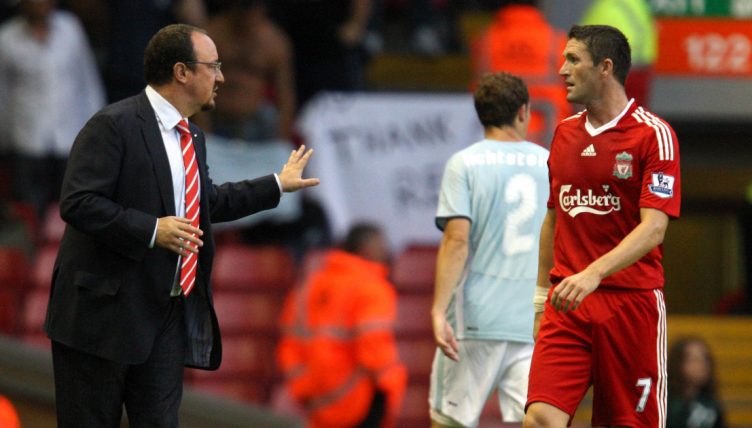 Rafael Benitez has had a very successful career in over 20 years of management, winning over 10 major trophies at some of Europe’s top clubs.

His most successful spells came at Valencia and Liverpool, where he won two La Liga titles, a UEFA Cup, the FA Cup and the Champions League, and he built sides ready to compete for the biggest honours.

Benitez’s success was helped by some quality signings in the transfer market, with the likes of Fernando Torres, Xabi Alonso, Javier Mascherano, Gonzalo Higuain and Dries Mertens all performing well at the clubs he signed them for.

However, every manager has their inexplicable transfers who don’t work out and leave everyone scratching their heads at why they were even bought in the first place. Benitez has had his fair share, and we’ve ranked the 11 weirdest ones, from fairly bizarre to simply crazy.

Carson was a decent prospect at Leeds United, but with his contract running down, Liverpool brought him in as competition for Jerzy Dudek despite Leeds offering him a long term deal.

The 19-year-old joined in January 2005, spending most of the season on the bench, but did play in a Champions League quarter-final win against Juventus.

He then spent the next three seasons out on loan, at Sheffield Wednesday, Charlton Athletic and Aston Villa, and even made the England squad thanks to his strong performances.

Benitez stated that he wanted to keep Carson, but ended up selling him to West Brom for £3million in 2008 after just nine Liverpool performances in four years. He did leave as a Champions League winner, to be fair.

The Blackburn Rovers captain joined Newcastle in the Championship for around £6million, but played just 10 games as Newcastle got promoted, and was sold to Norwich the following season for around half that fee.

The Scotland international has been a success at Norwich, playing over 150 games for the club, raising the question of why he wasn’t given more of an opportunity at Newcastle.

Benitez had to rebuild the Newcastle squad after their relegation to the Championship in 2016, and signed 24-year-old Moroccan international left-back Lazaar from Palermo for £2.5million on a five-year deal.

10 appearances and three loan spells followed, before his contract was mutually terminated in 2021.

Odd from start to finish.

Michu was once a cult hero in the Premier League, and even Erling Haaland’s hero during his one season of glory at Swansea City, but an injury-ravaged second season meant it was time for a fresh challenge.

Napoli took him on loan in 2014, alongside fellow Swansea League Cup winner Jonathan De Guzman, who joined on a permanent transfer from Villarreal.

The 28-year-old showed no signs of recovering any of his previous form, playing just six times all season without scoring a goal, and returned to Swansea before having his contract terminated in 2015.

A relatively risk-free gamble, but not one that paid off for Benitez.

Benitez was after a striker in the summer of 2018 after Newcastle sold Aleksandar Mitrovic to Fulham, and signed Muto from FC Mainz for nearly £10million.

The 26-year-old Japan international had scored 23 goals for Mainz in 72 appearances, but managed just one Premier League goal in 25 appearances at Newcastle.

That one goal did come at Old Trafford, putting Newcastle 2-0 up, before going on to lose 3-2 to Manchester United, and none came after.

After two seasons, Newcastle loaned Muto to FC Eibar, before mutually terminating his contract a year later. Overall there was nothing gained from a relatively pricey deal for the club.

When Liverpool signed Keane from Spurs for around £19million in July 2008, no one considered it a weird signing at all. The Spurs club captain had just won the League Cup, and scored 80 goals in 158 league appearances in North London.

Keane scored seven goals and provided four assists in 28 appearances, and many feel that he wasn’t given time to settle under Benitez, who would continually substitute the striker, and the pressure of playing for his boyhood club as a star signing was too much to handle.

Benitez has actually signed Rondon for three different clubs: Newcastle, Dalian Professional and Everton. Rondon’s signing at Everton is the reason he makes this list.

A reliable striker during his time at Newcastle, even winning their Player of the Year award for 2018-19, he joined Benitez in China at Dalian, before then following his manager to Everton, signing on a free transfer in 2021.

Everton fans have been far from happy with the transfer so far, and that’s fair enough really. At age 32 this was not a signing which had the future in mind.

Some managers just don’t know when to let go.

There was much surprise when Benitez brought Joselu to Newcastle from Stoke City for around £5million in 2017, simply because he was a striker who could not score goals.

Joselu ended up playing 52 games for the club, and scored seven goals in that time, which was hardly a surprise. Although he worked hard, he was not suitable from the start, and left the club for around £2million just two seasons after his arrival.

Benitez once bizarrely insulted the forward when trying to defend him from heavy criticism, stating that he was “doing a great job for the team” before admitting that “£10-15million only gets you an average striker,” when Joselu was just £5million.

Benitez spent a whopping £15million to bring Cisse to Anfield in 2004, which at the time wasn’t too outrageous. He had scored 70 goals in Ligue 1 for Auxerre, which included winning the golden boot in his final season.

A bad injury kept Cisse out for a long time in his first season, meaning he only scored five goals, though he did score a crucial penalty in the Champions League final shootout, immortalising him in Liverpool’s history.

Yet the striker never really got going at Liverpool, and left the club after just two seasons.

A lot of the weirdness surrounding Cisse came off the pitch. The Frenchman bought a house in Cheshire, which granted him the title of ‘Lord of the Manor of Frodsham’ whilst also appearing in French comedy film Taxi 4.

Cisse went on to play for 14 different clubs, and notably celebrated Manchester City’s famous win over QPR to win the league title, whilst he was playing for QPR. 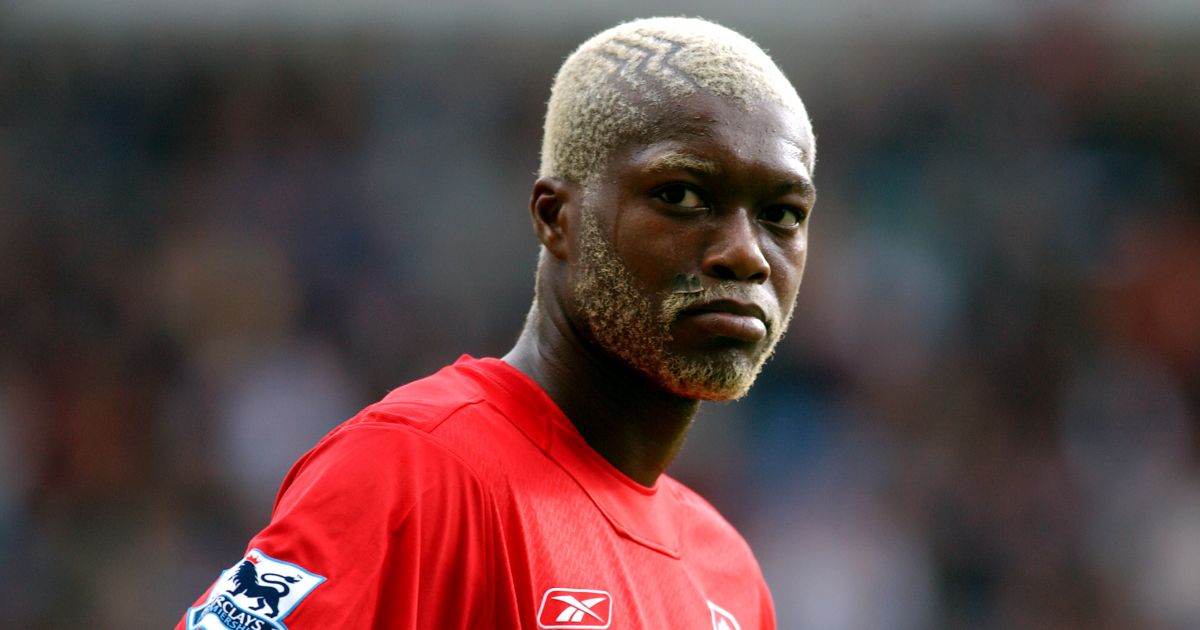 The once prodigal young winger made a surprising move to Liverpool from Birmingham City in 2006 following their relegation from the Premier League.

He originally joined Birmingham for £3million in the previous summer, and Liverpool surprisingly doubled that, paying a fee which would rise to £8million for his services.

Pennant did have his moments in a Liverpool shirt, but ultimately scored three goals in 81 appearances. He was eventually loaned out to Portsmouth before leaving on a free.

To be fair to Benitez, Steven Gerrard also had a part to play in the transfer.

🗣"He asked me who my agent was during the game then just jogged off, I was chasing him down going 'do you know him?'" 🤣 pic.twitter.com/jJM4oQ8PYB

Signing for Liverpool for under £2million from PSG in 2008, this wasn’t a transfer that broke the bank, but the French striker still felt like a rip-off at times.

N’Gog scored just 19 goals in 94 games for the club, but Liverpool did end up making a profit when he moved to Bolton Wanderers for £4million in 2011.

There were question marks from the moment he signed, as with just one goal in 18 appearances for PSG, many were concerned that the striker was not at the required level to provide much-needed backup for Fernando Torres.

His critics were proven right in the end, as he never really showed any ability to ever be a starter for the club, and Benitez will perhaps look back on this signing with regret that he didn’t choose a more experienced forward, despite the low fee.

Failing to score more than five goals in a league season for the club, N’Gog left the club as something of a joke figure, and no one connected with the club or the player will look back on his Liverpool spell fondly.

READ NEXT: The curious career of David N’Gog: From going AWOL to retiring at 31