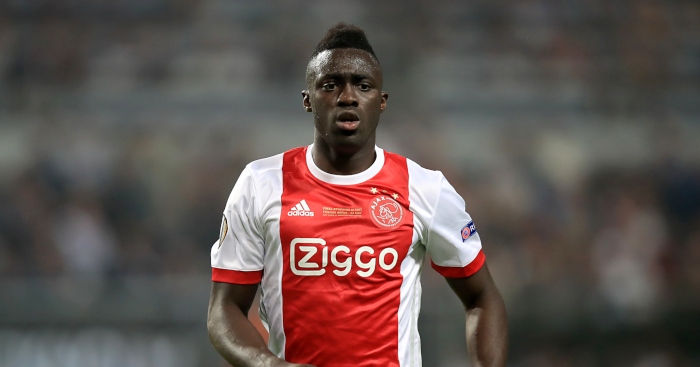 Tottenham Hotspur and Ajax have had a long-standing relationship when it comes to players turning out for both clubs.

Several players with games for the Amsterdam outfit under their belts were involved for Spurs in the first leg of their Champions League semi-final, while the 11 who played for both clubs span nine different countries.

We’ve taken a look back and attempted to identify which player did the best for the two clubs, and who achieved a little less.

Atouba might not have ever been a star in a Spurs shirt, but the left-back did at least end up enjoying cult hero status at White Hart Lane.

The same can’t be said for his time with Ajax – his third club under Martin Jol – where injuries meant his only Eredivisie appearance came in a 4-3 defeat to PSV.

Ajax scored 106 goals that season but missed out on the title by a point. The following season, Atouba didn’t feature at all.

Pienaar was a rising star in Ajax’s young team at the start of the 21st century, playing more than 100 games for the club and winning two league titles, but it didn’t happen for him in London.

After joining under Harry Redknapp in 2011, the South African struggled for form and fitness and ultimately played just 10 times in the Premier League – failing to complete 90 minutes even once – before returning to former club Everton.

Tainio wasn’t many people’s favourite player at Tottenham, but he was your archetypal ‘will always do a job for you’ midfielder.

The Finn also scored a goal which Spurs fans will remember fondly, finishing off a delightful move to equalise in the 4-3 victory at West Ham in 2007.

He failed to make any real impact at Ajax, but the presence of his son Maximus in the Tottenham academy means his contribution to the beautiful game isn’t completely done. 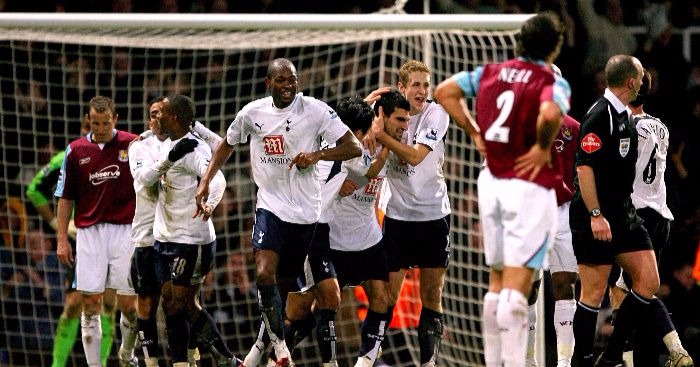 READ: A detailed recollection of West Ham 3 Spurs 4 when Stalteri was the hero

Mido had ups and downs at both clubs, and if that surprises you then you really weren’t paying much attention to the Egyptian’s career.

A contemporary of Pienaar’s in Amsterdam, the striker started like a train before falling out with manager Ronald Koeman and eventually leaving the club.

His first full season at Spurs was productive, with 11 league goals, but things soon turned sour there too.

Clarke is, remarkably, the only English player to ever turn out for Ajax. Given how well he did in his short time in the Dutch capital, it’s a surprise the club didn’t repeat the trick.

The London-born forward failed to make the cut at Spurs, despite being prolific at youth and reserve team levels, but a strong goalscoring record with Mansfield Town alerted Sparta Rotterdam to his talents and, after continuing to score at an impressive rate for Sparta, Ajax took a punt.

Clarke might have spent just one full season in Amsterdam, 1978-79, but he scored 38 goals in 43 games – including a title-clinching strike and a goal in the cup final.

Sánchez might well have been preparing for a Champions League semi-final on the other side of the Spurs-Ajax battle had Mauricio Pochettino’s side not come in with a club-record £42million bid in 2017.

The Colombian defender was integral in Ajax’s run to the 2017 Europa League final and will go up against a fair few of his former team-mates in Amsterdam. He has fallen away a bit at Tottenham after an impressive debut season, but he still has time on his side.

Davids was an icon at Ajax, breaking into the first team as a teenager and playing his part in the run to Champions League glory in 1995 alongside fellow Dutch international Clarence Seedorf.

He was past his best by the time he arrived in north London a decade later but still offered more than many expected. Spurs fans took to the midfielder pretty much instantly, and he took to the city, sticking around after leaving White Hart Lane and going on to have mixed spells with Crystal Palace and Barnet – via a brief Ajax return, of course.

During his playing days, Van der Vaart found himself in the rare position of enjoying spells as a fan favourite with both clubs.

Once a golden boy at Ajax, the midfielder would later join Spurs from Real Madrid and light up White Hart Lane, though some fans will wish he’d stuck around longer.

Alderweireld established himself as one of the best defenders in the Premier League towards the start of his time with Tottenham, and while the 2017-18 campaign was a near write-off, he has returned in style after reclaiming his place in the first team.

The Belgian wasn’t too shabby during his time in the Netherlands, either, earning him a move to Atlético Madrid and a spot on the bench for the 2014 Champions League final with the Spanish outfit.

When Eriksen joined Spurs from Ajax for £11million, he wasn’t expected to be the stand-out performer among the players signed with the Gareth Bale money, even though he’s already shown plenty of promise at Ajax. But not only is he the star of that bunch, no one else has really come close.

The Dane has become almost indispensable to the London club, producing plenty of contributions which you feel few others would be capable of emulating.

He might not be Spurs’ best player, but he’s arguably the one they miss the most when he’s not there.

Plenty of Spurs fans have suggested Vertonghen should be made captain, whether or not current skipper Hugo Lloris remains at the club, and that’s testament to the ability and mentality of the centre-back.

Vertonghen was impressive enough in Amsterdam, bowing out after back-to-back titles and more goals than a defender should have any right to contribute, but he has grown into his role at Tottenham and helped bring them from strength to strength since being brought in by Andre Villas-Boas.